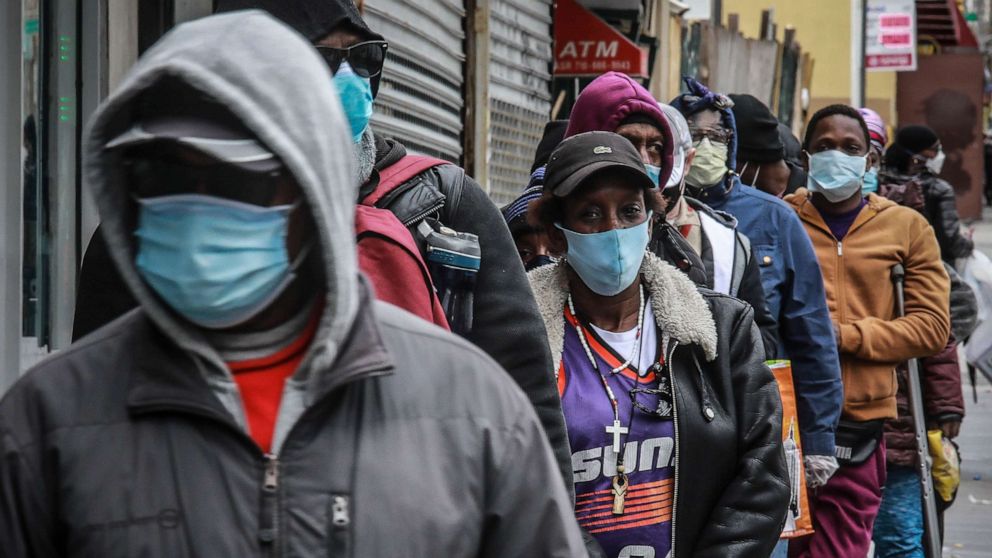 In early March, the first known cases of COVID-19 began to emerge in the United States. It has taken the lives of over 75,000 people across the nation. The deadly combination of COVID-19 and the economic recession has led to a deep crisis for working people and the poor trying to survive this perfect storm.

Even before the tsunami of COVID-19 hit the shores of the United States, working-class communities of color and the most oppressed faced deep levels of poverty, income inequality, budget cuts to social and public spending, and a ratcheting up of racism, xenophobia, and anti-immigrant racism from the forces of hate and reaction led by President Trump. We have witnessed an increase in violence towards Asian workers, families, and youth across the country as Trump and the administration spewed racist comments in the early days of the pandemic, calling COVID-19, the “Chinese virus” or “Kung Flu.”

Corona is the Virus, Capitalism and Racism is the Pandemic

The COVID-19 virus has devastated working-class communities that were already living a precarious existence.

Many poor people – for example, undocumented immigrants living in cramped spaces – cannot socially distance effectively. Also, most workers in these communities cannot “work from home.” People of color are disproportionately represented among frontline workers more exposed to the virus.

The borough of Queens in New York became the epicenter of the virus in New York with over 45,000 confirmed positive cases and 3,601 deaths since March. The virus exploded in Elmhurst, East Elmhurst, Corona, and Jackson Heights in Queens. These densely populated neighborhoods are home to a diverse working-class, immigrant, and working-poor populations from South Asia, Latin America, and Mexico made up of day laborers, taxi drivers, small business owners, street vendors, and restaurant workers.

In the early weeks of the COVID-19, Elmhurst Hospital, an underfunded and under-resourced New York City public hospital, was overwhelmed with unprecedented numbers of patients. Thirty-four percent of those dying from COVID-19 in New York at that point were of Latin American descent.

Anyone can contract the COVID-19 virus. Still, its effects on communities with historical and generational levels of economic inequality, social despair, and poor access to resources can be a death sentence. The underlying health issues in poorer and working-class communities are more prevalent and will exacerbate the deadly nature of this pandemic.

The Bronx, is known as the home to the wealthiest sports franchise in the U.S., the New York Yankees, but the Bronx, particularly the South Bronx, has the dubious honor of being the poorest borough in New York City with the poorest congressional district in the country, NY-15. The median household income for the district is $30,483 a year; thousands of black and brown working people and immigrants from the Caribbean and Africa have chronic asthma, diabetes, hypertension, and obesity. Many working people and poor in the Bronx live in dilapidated and overcrowded housing conditions that only exacerbate their conditions, especially those that live in public housing run by the New York City Housing Authority (NYCHA), one of the worst landlords in the country. As in Eastern Queens, the Bronx is a borough where significant layers of essential workers live and work.

The Bronx now has the highest number of cases of COVID-19 of any borough in the city. The lowest number is in Manhattan which is the most gentrified part of the city with many extremely wealthy neighborhoods. However, historical black and brown communities like East Harlem (El Barrio) in Manhattan have suffered greatly from the virus with 2,900 cases as of April 19.

It is not only New York City’s working-class communities of color that are being devastated by this pandemic. In cities like Chicago, Detroit, and Philadelphia, communities of color have been hit the hardest by the virus. The racial inequality within COVID-19 is astonishing. Michigan’s population is 14% black, but 40% of the COVID-19 deaths are black people, black people are 29% of Chicago’s population but 70% of the deaths, while in Milwaukee, the corresponding numbers are 21% and 81%.

In California, the Los Angeles Times reported, black and Latino aged between 18-65 are dying faster than their white and Asian counterparts, with an alarming rate among those between 18-49 of COVID-19 proportional to their population in California.

In the deep south, in states like Alabama, Mississippi, and Georgia, black workers and their families are dying at a higher rate than white workers. These are among the poorest states in the country with a hideous legacy of systematic racism and inequality in access to vital resources like health care.

As COVID-19 spreads to indigenous communities,smaller towns and rural areas it will increasingly affect poorer white working-class communities in a serious way due to poor health and the cumulative effect of cuts to public and social spending. Over 170 hospitals have closed in rural America since 2005. This will have deadly consequences as the Trump administration rushes to re-open with no national plan. A frightening example is the state of Mississippi which has seen a spike of positive COVID-19 cases of 1,000 a day as the republican governor was pushing to re-open the economy. This led to a temporary slowdown of the reopening.

In Coachella Valley, California, we have seen the vulnerability of the most oppressed, working-class undocumented immigrants, anchored by farmworkers who have lost their jobs at an alarming rate despite an urgent demand for food in the community. Farmworkers in California make $26,000 a year, on average, according to the U.S. Bureau of Labor Statistics. In the farmworker communities of Mecca, Thermal, Oasis, and North Shore, more than a third live below the poverty line according to census data.

California Governor Gavin Newsome announced a $125 million relief package for Californians who are undocumented, which is a drop in the bucket compared to what is truly needed at this moment. Millions of undocumented immigrants will not receive a stimulus check, which only adds to their struggle for survival.

At the same time, Trump amplifies his venomous anti-immigrant and racist rhetoric and right-wing populism that has sparked reactionary protests against stay-at-home orders in several states like Michigan and Wisconsin.

The COVID-19 virus and economic crisis have been met with a powerful sense of urgency to agitate, organize, and mobilize in working-class, poor, and most oppressed communities. It has been spearheaded by the nurses’ unions across the country, protesting the lack of PPE, advancing the demand for Medicare for All, and other vital resources. Low-wage workers at Amazon and Instacart organizing around workplace democracy and hazard pay, and renters across the country have fought back.

The stimulus packages have been primarily bailouts for the corporations and the banks while working people got far less than what they need and even that is very hard to access. Millions are still waiting for their stimulus checks and unemployment benefit. Small businesses have also been screwed. Meanwhile, various city and state governments across the country led by both parties (Democrats and Republicans) have announced austerity budgets with drastic cuts in education, health care, and social programs. As usual, the ruling class are trying to put this crisis on the backs of workers, the poor, and most oppressed.

The building of a united working-class grassroots mass movement armed with a fighting program that demands health care, housing, and education, an approach to link our struggles against racism, xenophobia, and corporate power is urgently needed to defeat Wall Street’s agenda.

In a recent op-ed piece for the Financial Times, the world-renowned novelist and social critic, Arundhati Roy, correctly stated,

“Historically, pandemics have forced humans to break with the past and imagine their world anew. This one is no different. It is a portal, a gateway between one world and the next. We can choose to walk through it, dragging the carcasses of our prejudice and hatred, our avarice, our data banks, and dead ideas, our dead rivers, and smoky skies behind us. Or we can walk through lightly, with little luggage, ready to imagine another world. And ready to fight for it.”

The deadly cocktail of COVID-19, racism, and capitalism necessitates a mighty call for us not just to imagine another world, but to fight for a global socialist society rooted in solidarity, struggle, and genuine workers’ democracy. A socialist world that would prioritize the needs of the worldwide working class, poor, and most oppressed, and the planet instead of the greed and profits of the global ruling elite.