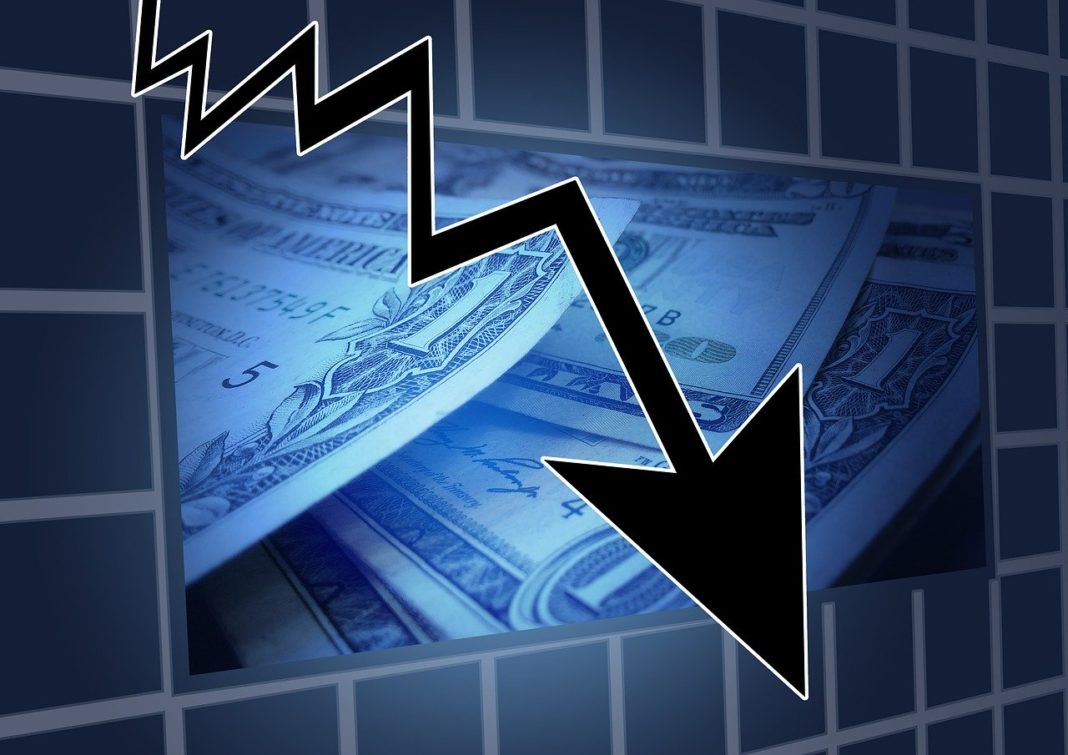 The collapse on the world’s stock exchanges on March 9 was the largest since the beginning of the global capitalist crisis in 2008.

The fall on the US stock market at opening time was so severe that it led to a technical trade stoppage after just five minutes.

The main reason for the global stock market crashes was that in addition to the loss of production and stagnant growth caused by the Coronavirus, a new threat emerged in the form of an oil price war.

The oil price war began after Saudi Arabia lowered the price of oil in response to Russia’s refusal to agree on a reduction in production. On Monday, oil prices reached their lowest level since the first US Gulf War in 1991.

Not much indicates that the effects of Monday’s stock market crash and those that have taken place in the days and weeks beforehand are transitory. This was a perfect storm that warns of new ones on the way.

“The collapse in oil prices along with the reduction in demand that we have because of Corona is creating a toxic cocktail and it is the fear of a global recession that is now causing the market to fall in this brutal way”, Avanza’s economist, Johanna Kull, said on March 9.

The world economy is today weaker than it was at the beginning of the 2007–2009 crisis which has led to trade wars, growing debt mountains and imbalances.

Even before the deadly spread of the Coronavirus, economic growth in China had slowed (last year, the Chinese economy grew by 6.1 percent — the lowest rate of growth in 29 years) and several countries were on the brink of recession, while world trade ceased to grow at the end of last year.

Faced with the threat that subdued economic activity, which was particularly pronounced in the industrial sector, would spread and also hit the financial markets, governments and central banks resurrected their targeted stimulus measures. This took the form of a new “quantitative easing” monetary policy — interest rate cuts and other measures that would guarantee access to cheap money for the financial markets (loans). This in turn became a new temporary lubricant for stock prices and profits, but the effect on the real economy was extremely limited.

But when the Coronavirus began to spread and the Chinese economy, the world’s second largest and soon-to-be-the-largest, eventually stopped, all the tendencies towards crisis that already existed were reinforced.

Since the beginning of the year, the Chinese economy has been at a standstill. The panic-stricken measures that the dictatorship and Chinese capitalists have now begun to implement, phasing out the highest state of emergency and forcing workers back to the workplaces, despite a continued risk of contagion, can quickly become the source of an even worse human catastrophe and economic crisis.

Rapidly declining growth in China has been felt all over the world. “Output contractions in China are being felt around the world, reflecting the key and rising role China has in global supply chains, travel and commodity markets”, wrote the OECD in its latest prognosis from March 2. It also warned that: ”A longer lasting and more intensive coronavirus outbreak, spreading widely throughout the Asia-Pacific region, Europe and North America, would weaken prospects considerably. In this event, global growth could drop to 1.5% in 2020, half the rate projected prior to the virus outbreak.”

China’s exports fell dramatically during first two months of the year, and this along with the major trade deficit is sending a signal to the regime that “it will get worse” as the South China Morning Post wrote on March 9.

The fact that Wall Street did not rise last week despite the US Federal Reserve reducing its key rate by 50 points reflects both the pessimism and concerns of the capitalist elite that not even the “market” places any great confidence in the effects of interest rate cuts.

“The markets’ concern for the Coronavirus is reminiscent of the weeks following the Lehman crash: the only thing that is certain is that nothing is safe. Guesses and rumors reign. The difference is that the world economy’s starting point is worse today. And stimulus measures hardly bite the virus” as Andreas Cervenka wrote in Dagens Industri on March 3.

However, other central banks will follow suit while at the same time, governments are prepared to spend breath-taking sums to keep capitalism and the capitalists from harm.

This could possibly slow down the course of the crisis, especially if it also becomes a question of wider stimulus measures in the form of investments in infrastructure, job programs and more. But not even such efforts can prevent continued stagnation or give capitalism the stability needed to avoid new economic and political crises.

On a broad front, all economic prognoses are now being revised downwards.

Bloomberg Economics expects China’s economy to grow by only 1.2% year-on-year in the first quarter of 2020, the weakest growth ever. But if China’s economy does not recover quickly in March, that forecast may prove to be optimistic.

Chinese capitalism has been the main growth engine of world capitalism ever since the 2008–2009 crisis and no one can replace it, especially now that American capitalism is also developing weaker than expected, Japan and South Korea are already in recession and growth in the Eurozone seems to be negative for the first half of this year.

For workers and young people, it is necessary to quickly prepare ourselves politically for the times of turmoil that await. First and foremost, by taking up the fight against the toxic cocktail that capitalism, right-wing politics and the Coronavirus represent. We must demand protection and preventative measures against the Coronavirus, full compensation for those who cannot fully or partially work, free medical care, general health insurance and a rapid expansion in public health care, allocations for the development of vaccines as well as the improvement of the conditions of healthcare workers, the right to work from home and that all risk environments are immediately closed.

A new global recession, coming on top of a lost decade of austerity and stagnation, will further underline, in the eyes of millions, the bankruptcy of the capitalist system and the need for a socialist alternative of international solidarity and democratic economic planning to meet the needs of people and the planet.