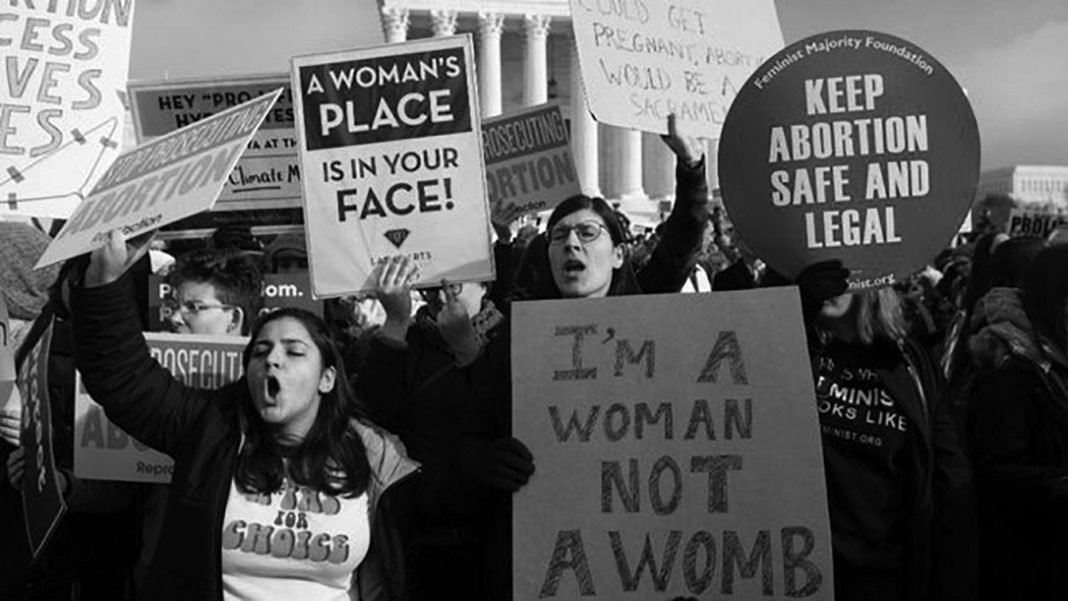 In March the U.S. Supreme Court will hear June Medical Services v. Gee, a Louisiana law requiring abortion providers to have hospital admitting privileges within 30 miles of their facility. This would effectively shut down nearly all of the state’s remaining abortion clinics.

The Supreme Court struck down a similar law in 2016 and could rule similarly this time, with Chief Justice John Roberts again voting with the liberal wing, as he did when the Court decided to temporarily stay June one year ago; but this is by no means certain. After Trump’s appointment of Brett Kavanaugh, rightwing forces have clearly felt the wind in their sails with a conservative majority, and anti-abortion groups have ramped up their offensive against reproductive rights.

Last year, nine states passed restrictive abortion bills throughout the south and midwest in the hopes of igniting a relitigation over Roe. Meanwhile, Trump’s pending “gag rule” aims to bar federal Title X funding to any clinics providing pro-choice reproductive and contraceptive care. This would jeopardize access to other critical health services, like cancer screenings and HIV tests, and would disproportionately impact low-income individuals, people of color, LGBTQ people, and rural patients.

Struggle From Below Needed To Win

Despite these intensified attacks, this year’s Women’s Marches were far smaller and fewer as Trump enters his fourth year as president. The Democratic Party has done everything to point movements exclusively toward the ballot box, perpetually deferring an urgently needed fightback that will never come from the party leadership. Mainstream women’s organizations have fallen in line, clinging to defensive legalistic strategies and relying solely on the courts rather than on the power of an organized, militant women’s movement to challenge the right-wing establishment. Such a mass movement first won abortion rights in the 1970s, despite a conservative Supreme Court majority under Republican President Nixon.

While we are not yet seeing the organized women’s movement we need, class struggle in the U.S. is on the rise, offering methods of organized collective struggle that can empower the women’s movement against a universally exploitative system. Many of the recent strikes have been led by women, from #RedForEd to the hotel strikes; the latter featured men and women fighting side by side against sexual harassment on the job, as did #MeToo walkouts amongst tech workers.

Defend The Right to Choose: Fight for Medicare for All!

Bernie Sanders’ Medicare for All legislation covers “comprehensive reproductive, maternity, and newborn care.” By repealing the Hyde Amendment’s ban on federal funding for abortions, it ensures abortion care is free and accessible to all working people. This would be a massive step forward alongside a proposed Women’s Health Protection Act, which prohibits states from enacting restrictive abortion laws.
But the Democratic Party establishment has made it clear they have no intention of allowing Medicare for All to pass. Even Elizabeth Warren, under the pressure of the party’s moderate and corporate agenda, has begun to drop her calls for Medicare for All, not mentioning it once during the most recent presidential debate.

The National Nurses Union, which has endorsed Sanders and his program, as well as unions which have recently gone on strike over the rising healthcare costs, are also instrumental to leading and organizing a formidable multi-gender movement with working class leadership. Days of mass action and democratic conferences to strategize the way forward can prepare the ground for escalating tactics that can win comprehensive Medicare for All, the Women’s Health Protection Act, and other massive reforms like the Green New Deal. Such decisive victories would further embolden the women’s and workers’ movements in the U.S. and worldwide to take on the billionaire class’s stranglehold on society, and fight for a socialist future.