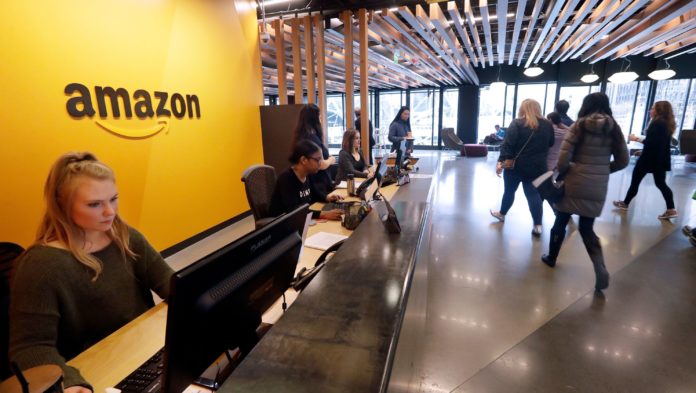 “$0.00 in public subsidies.” That’s how much Amazon is getting from New York City to bring thousands of new jobs here, Congresswoman Alexandria Ocasio-Cortez triumphantly declared to supporters on December 9th. It is a rapid turnabout for Amazon, who earlier this year nearly extorted a $3 billion government handout from New York Governor Andrew Cuomo and Mayor Bill de Blasio, all in order to bring a proposed 25,000 jobs over 10 years to Long Island City, Queens. “That’s what happens when we stand together,” AOC added, “even against the most powerful corporations in the world.”

Amazon’s newly announced plans include leasing 335,000 square feet of Hudson Yards office space for 1,500 employees, more than twice as many jobs as their year-one projections for HQ2’s LIC campus. Amazon’s desire to locate in NYC was never truly about the subsidies. As we said at the time, it was about proximity to Wall Street and the financial hub of the U.S. The odds are good that Amazon will bring thousand more jobs to NYC in the coming years. In similar moves, Google has recently added 20,000 jobs in New York, while Facebook plans to lease 700,000 square feet not far from Amazon’s digs at 410 Tenth Avenue. Quickly, Big Tech companies are becoming the city’s largest corporate tenants, alongside financial firms and banks like JPMorgan Chase and Bank of America.

Soon after Amazon’s new lease was disclosed, AOC tweeted, “Won’t you look at that: Amazon is coming to NYC anyway – *without* requiring the public to finance shady deals, helipad handouts for Jeff Bezos, & corporate giveaways.” Her jubilant tone took a victory lap around her detractors, who were fully prepared to offer $3 billion in corporate welfare to Amazon to attract them to NYC. Socialist Alternative believes that if the Governor and Mayor can find $3 billion for corporate handouts, they can instead spend $3 billion on 100 percent affordable housing and set-asides for some of the nearly 70,000 homeless New Yorkers.

Indeed, AOC’s triumphant tweet sounds similar to Kshama Sawant’s parody of Amazon’s blackmail operation to undo Seattle’s head tax. Sawant joked that Amazon’s math determined: “[W]e’re a $700B corp w/ 44% of online retail biz, we paid $0 federal income tax last year, got a $789M tax cut from Trump & we’ll threaten to move than pay $20M/yr to fund affordable housing in Seattle.” The defeat of the “Amazon Tax,” however, is now ripe for revenge, as Sawant has prioritized the return of a tax on Seattle’s biggest businesses as a way of improving homeless services and building affordable housing in heavily rent-burdened Seattle.

Democratic socialists agree with AOC, who writes, “For decades, big corporations have forced states, municipalities, and towns to compete against each other for scraps — gutting public service programs, stealing payroll taxes, and delaying critical infrastructure to subsidize the salaries of corporate executives.” Socialist Alternative is opposed to corporate development projects that provide taxpayer-funded giveaways instead of improvements to the MTA, parks, schools, and most of all 100% affordable housing. Like in Seattle, New York needs an “Amazon Tax”: a new tax on enormous corporate profits to fund vital services and infrastructure for working people. Corporations must also agree to workers’ demands for living-wage union jobs when they choose to grow in our diverse, world city.

Amazon’s time in NYC so far has been marked by high rates of injuries in its Staten Island warehouse, where there have been three times the rate of on-the-job injuries than in similar warehouse work, according to Amazon’s own submissions to the Occupational Safety and Health Administration. This is in addition to non-stop work demands and minimum wages at the warehouse, provoking workers to organize and protest against Amazon.

Socialist Alternative is proud to be part of the global movement against the untrammeled power of corporate behemoths. Together, we defeated Amazon in Seattle and NYC — saving taxpayers $3 billion in subsidies.

AOC and Sawant, along with a growing layer of activists and left elected officials, are helping build the resistance to the power of big money. Together, socialists are fighting to uplift the people who run New York and force the bosses and Bezos to pay their taxes.

If you would like to do more to fightback, we encourage you to join Socialist Alternative, or become a monthly supporter from just $10/month, which includes subscriptions to both of our regular publications.