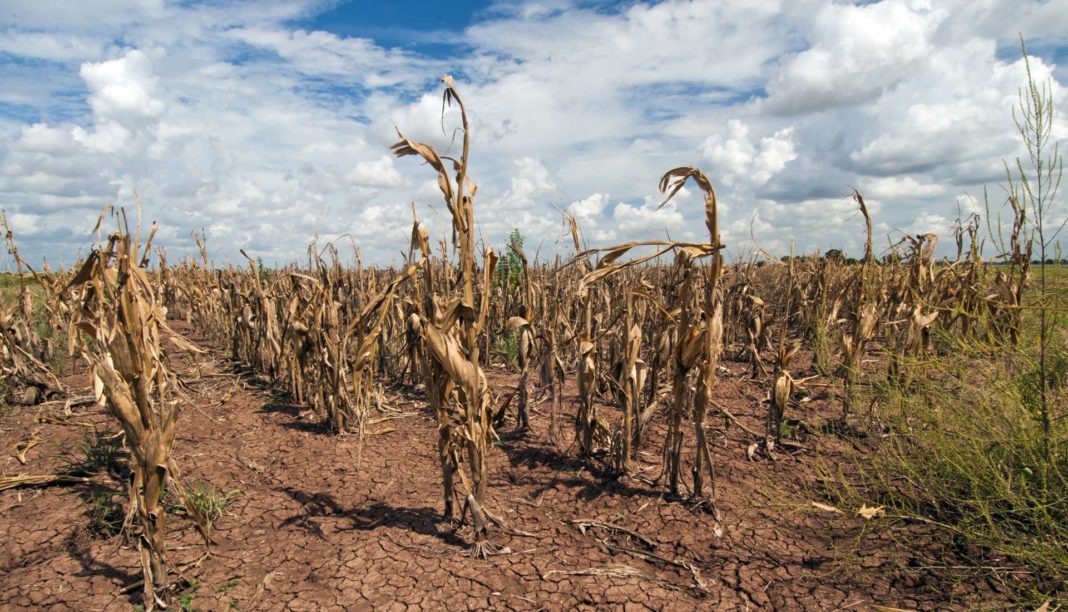 Every year around the same time, the Southeast of the U.S. gets pummeled by hurricanes and the West Coast bursts into a fit of wildfires. Extreme weather events are the most jarring reminder of the ongoing climate disaster. Between 2 and 3 degrees of global warming — a level the Intergovernmental Panel on Climate Change (IPCC) now says will be almost impossible to avoid — will cause the U.S. to see 16 times the amount of damage from wildfires than we experience today. Between 30 to 72 million people living on the coasts will be displaced every year. That means lives and homes lost, trees burned to a crisp, entire cities flooded, and the very soil we depend on to grow our food degraded.

Climate change has already tremendously interrupted global food supply. Soil is being lost between 10 and 100 times faster than it is forming, and with each degree of warming the damage to existing crops increases exponentially. This is because climate change, rather than being a steady march toward “something worse,” is a cascading crisis whose effects feed into one another with intensity. Worse wildfires means more carbon in the atmosphere, more carbon in the atmosphere means worse wildfires. This same general loop can be applied to almost every component of climate change.

With increasing extreme weather events, land will become less and less suitable to grow vital crops. We are already losing soy and corn fields in the midwest, citrus orchards in Florida and Georgia, and apple orchards in Wisconsin and Michigan. Water-intensive livestock operations the world over are at risk. For every degree of warming, crop yields are projected to decline by over 10%.

Beyond just the availability of food, the nutritional value of the food we grow now is rapidly declining. Since 1950 the nutritional value of our crops has declined by a third — everything we eat takes on more the qualities of “fast food.” Ironically, in the context of depleting crops, you need to eat more to meet your daily needs. At just 2-3 degrees of global warming, 1.4 billion people could face a dramatic decline in iron, leading to a potential global anemia epidemic.

In an alarming 2014 statement — when scientists’ predictions about the rate of climate change acceleration were far more optimistic — the IPCC reported that by the middle of this century the world may reach “a threshold of global warming beyond which current agricultural practices can no longer support large human civilizations.”

Right now, we have enough food for everyone on earth and yet every night nearly one billion people will go to sleep hungry. We produce more food than we need, waste 25-30% of it, and still there is a crisis of world hunger. On the basis of capitalism, where food is produced for profit rather than need, these deep contradictions are inevitable.

Big agriculture corporations’ only objective is to maximize their profit. This means using synthetic fertilizers and pesticides to increase crop yield. It means pumping livestock so full of hormones that their legs can’t even support their weight.

In the long run, these big agriculture corporations reap what they sow. These disturbing practices have environmental ripple effects that make the land less and less able to grow crops. It is the practices they use to produce more food than we need that could make us all go hungry. For all of humanity, the capitalists’ desire to make a buck today at the expense of enough to eat tomorrow will have dire consequences.

Sustaining our global food supply requires massively reducing the amount of land currently used for livestock and cattle, and therefore decreasing our dependence on meat, reversing decades of land degradation, and dramatically reducing food waste. It will also require extensive research into new sustainable ways to grow crops. Achieving this on the basis of capitalism would require a constant and unrelenting struggle against the super rich who currently control the food industry. At that rate, it would almost certainly be too little too late. We need to entirely do away with capitalism and replace it with a system and society that is democratically planned.