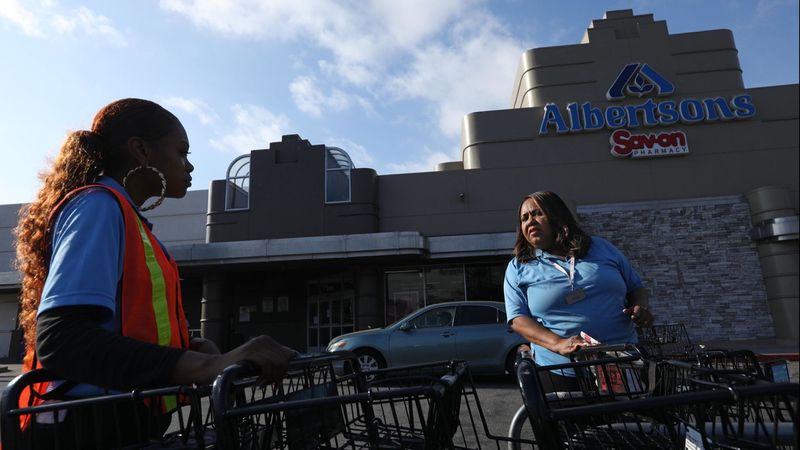 On June 26, union members represented by seven UFCW locals voted 96% in favor of a strike authorization that would affect some 46,000 grocery store workers throughout the region from Los Angeles to San Diego. The four major grocery chains that would be affected by the potential strike are: Albertsons, Vons, Pavilions, and Ralphs.

The workers are fed up with the terrible contract on offer from two major grocery conglomerates, Albertsons Inc. and Kroger Inc. The proposed contract would amount to pay reductions for cashiers and clerks while offering a pay raise of less than 1% for other staff. The corporate bosses also want to cut health-care coverage to the point of bankrupting the plan. Lastly, the bosses are looking to exploit the already existing two-tier wage system in this new contract by calling for the recategorization of thousands of workers into a lower pay-scale tier – leaving them susceptible to further cuts, not to mention a lower wage range. This last point highlights the danger of allowing two-tier systems to take root in workplaces: it effectively gives bosses a permanent wedge with which to divide workers.

The previous contract expired March 3 and negotiations have dragged on for months without much progress. Negotiations are now scheduled to resume July 10-12 with a federal mediator. The last grocery store strike in Southern California was in 2003-2004 and it lasted four months. The economic and social power of the working class was on display as more than $1 billion in sales was lost. However, in 2011, a walkout was avoided with a last minute agreement.

The parent companies hold a 38.4% share of the national grocery store market. They recorded sales in excess of $180 billion and nearly $2 billion in profits while telling grocery workers they have to tighten their belts. It is undeniable that these massive sales and profits are only possible due to the labor of grocery store workers.  Yet, when the runaway cost of living in the region is taken into account (Los Angeles has a 43% higher cost of living than the national average), this contract leaves workers vulnerable to poverty and homelessness.

Following the example of our New England members during the recent Stop & Shop strike, Socialist Alternative has begun pre-strike flyering at Los Angeles grocery stores to engage workers about the contract negotiations and to make shoppers aware of the potential strike while collecting petition signatures pledging not to cross the picket line if the workers strike. Socialist Alternative demands no cuts to wages, fair wage increases for all employees, no tiered wage system, and no cuts employee’s health care while also calling for Medicare For All so that health care will cease to be a bargaining chip held by bosses over the heads of workers!