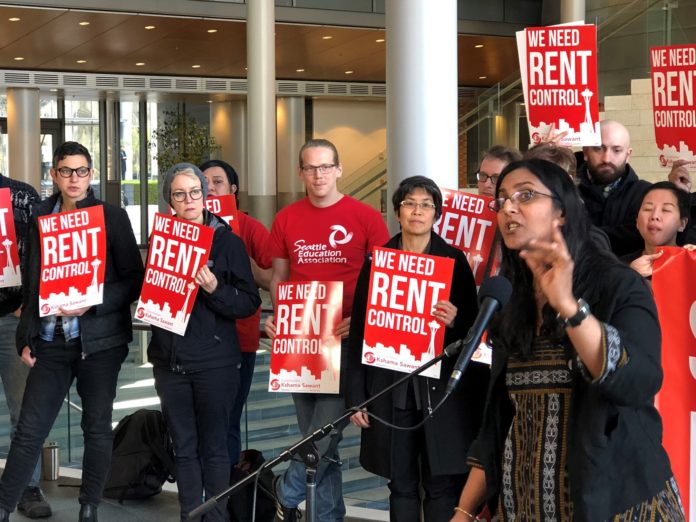 Debate over the affordable housing crisis in Seattle is dominating the City Council elections. Seattle tops the charts for new apartments built, and over 90% are “luxury” units. Rents are up 69% since 2010. With nearly 50% of Seattle-area renters cost-burdened (paying over 30% of their income on rent), no wonder Seattle also tops the national charts for homelessness per-capita.

To address the crisis, most Seattle politicians limit their proposals to incremental spending increases, alongside regulatory and zoning changes which still rely on private development. While we support every step forward, this is a failed strategy based on accepting the dominance of real estate speculators, corporate developers, and big landlords.

In contrast, Kshama Sawant and Socialist Alternative argue that private development – where decisions are made to maximize profits – is incapable of meeting the basic housing needs of working people. Instead, socialists fight for the following program: