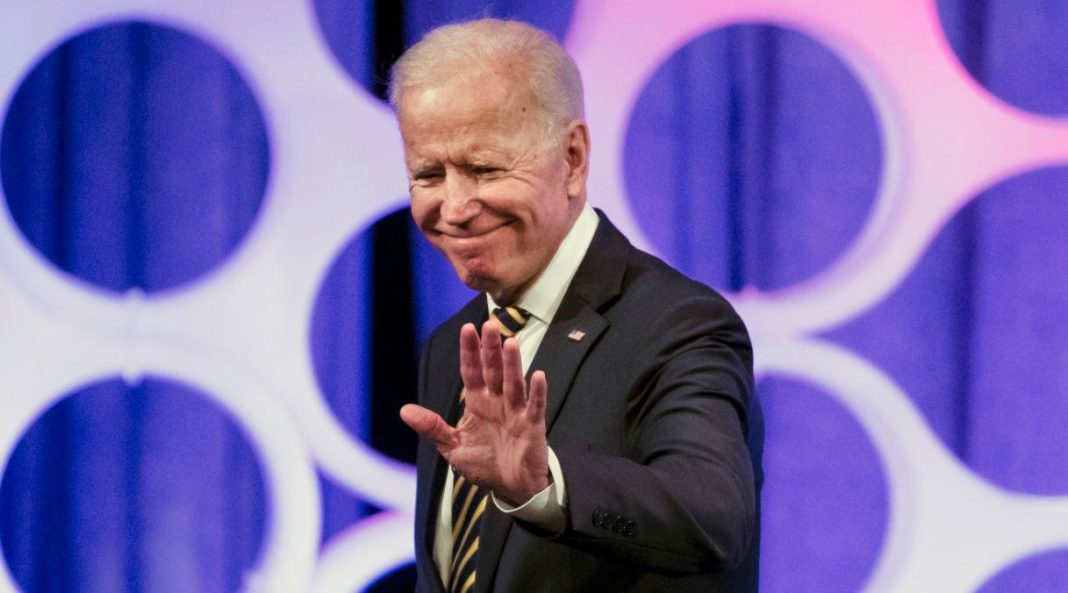 In a historically large field of 23 candidates, the Democratic establishment has already made clear that Joe Biden is their current preferred nominee to take on Donald Trump in 2020. His campaign has received more TV coverage than all the other Democratic candidates combined and he has drawn favorable mentions from establishment leaders. The Democratic Party’s network of big business and wealthy donors have also begun to coordinate fundraising. Biden spent his first night as a candidate raising money with a top Comcast executive and Democrat Party cash bundler. He has not yet achieved the elite consensus that existed around Hillary Clinton in 2015, but at this early stage it’s clear he’s the establishment’s pick to beat not only Trump, but also Bernie Sanders in the primary who they view as a lethal threat.

Biden argues that his experience uniquely positions him to defeat Trump, “unite the nation,” and end divisiveness in politics. His support is currently based on his appeal to nostalgia for the pre-Trump Obama years. This will be a very effective tool for him throughout his campaign. Despite this, Bernie Sanders’ grassroots campaign is not far behind in many polls. Instead of making misguided appeals to Democratic Party unity, Bernie Sanders will need to expose Biden’s abysmal record in fighting for working people in a primary election that will revolve around the question: “What’s the best strategy to defeat Trump?”

Biden and Democratic Establishment are No Answer to Trump’s Rise

The experience of the 2016 Democratic primary will be highly instructive in the lead up to 2020. Hillary Clinton’s failure to defeat Trump should be a warning for Americans who are looking to the the political “middle ground” as the best chance to get rid of Trump. Trump was able win by posing himself as anti-establishment candidate against Clinton’s long record of harmful pro-business and pro-war policies, all the while whipping up racism and xenophobia to distract from his own straightforwardly pro-billionaire politics.

Yet with Biden, the Democratic Party will be committing to a dangerous rerun of the 2016 strategy. Throughout his political tenure, he has consistently come down on the side of the super rich rather than working-class people. In the 1990s, Biden was one of the crucial votes that led to the passage of NAFTA, the devastating free-trade agreement that decimated hundreds of thousands of manufacturing jobs. He was a key architect of the War on Drugs and mass incarceration policies, like the 1994 crime bill, that devastated the black working class in the ‘80s and ‘90s. After 9/11, he was an author of the notoriously xenophobic “Patriot Act” and a cheerleader for the Iraq War. Not to mention the vile role he played in the controversy surrounding Clarence Thomas and Anita Hill. Despite his recent pandering to working-class voters, this is just a sampling of Biden’s true pro-corporate, pro-war, anti-working people political legacy.

It is of course not ruled out that the depth of anger at Trump could propel Biden to victory in a general election, but a Biden presidency would mean a repetition of the same neo-liberal, pro-corporate policies that allowed Trump to rise in the first place. Defeating Trump in an election does not mean defeating Trumpism. In fact, ousting Trump with someone like Biden can almost guarantee a figure worse than Trump emerges in the future. Defeating Trumpism long term would require an unapologetically pro-working class political approach.

The political figure best positioned at the moment to provide a progressive alternative to establishment figures like Biden is Bernie Sanders. His left-populist program and emphasis on demands that can unite broad sections of the American working class — Medicare for All, a Green New Deal, billions in spending on infrastructure renewal — point in the direction of how Trumpism can be defeated. His recent emphasis on mobilizing his supporters to join active picket lines is especially welcomed as it demonstrates that the crucial importance of uniting working class people in struggle..

However, as we’ve written in our material about the Green New Deal, if we are to sufficiently address the growing poverty and inequality in the United States as well as the impending climate crisis, it will require going much further than even Bernie Sanders is willing to go. It will require taking the key sectors of the economy, like the energy companies and the banks, into democratic public ownership and retooling them to fit the needs of society.

Defeating Trump means developing a political alternative to the status quo of both major parties. Overcoming the rule of the super rich will require first and foremost the creation of a new party in the United States that finds its support among broad sections of the U.S. working class and is willing to take decisive steps to transform our economy and society into one that works in the interest of ordinary people rather than corporations and the billionaire class.