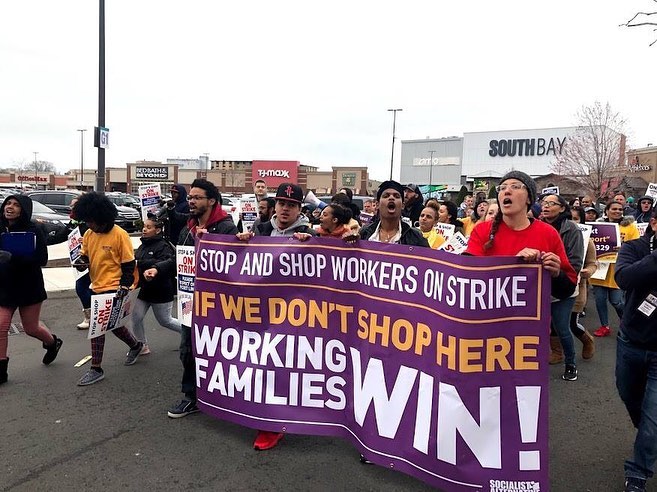 Following eleven hard-fought days of picketing, rallies, and mega-picketing by 31,000 Stop and Shop workers across New England, a tentative agreement (TA) has been reached between the company and the union, UFCW. Most workers are excited and relieved to be going back to work, after an intense and exhausting eleven days. However, many workers are also frustrated that the union leadership is not releasing the details of the TA.

Initial statements from UFCW indicate the introduction of a two-tier wage and benefits system where new hires will not have the same benefits as current employees. If true, this is part of the company’s attempt to divide workers, and to weaken and ultimately break the union. Union members have the right to know what’s in the TA before going back to work and the UFCW leadership should immediately release the details. The union membership has the final say, through a vote, in ratifying the contract. Once the details of the TA are released, workers should come together to discuss and debate which way to vote.

It has been an absolute pleasure for Socialist Alternative to fight alongside Stop and Shop workers. No matter the result, these last eleven days have seen 31,000 workers make a courageous statement. We will not stand idly by and watch our standard of living be beaten down for the sake of corporate profits. Workers are ready to fight for what we deserve.