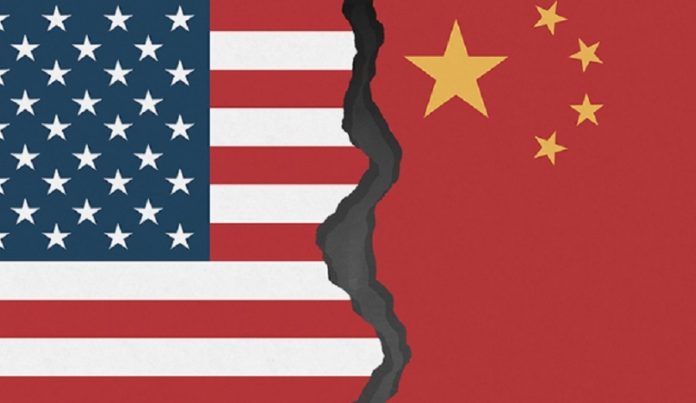 The U.S.-China trade war began in July 2018 with the imposition of tariffs on Chinese imports by President Trump’s government and immediate tit-for-tat retaliation by China. This is the biggest trade war since the 1930s and is increasingly taking its toll on the global economy. IMF chief Christine Lagarde, reflecting the fears of global capitalism, recently warned that 70 percent of the world economy is expected to see a slowdown in growth over the next two years, urging governments not to aggravate matters with the “self-inflicted” damage of trade wars.

Currently the Chinese and U.S. governments are locked in negotiations, which are widely expected to produce a deal. Socialist magazine asked Vincent Kolo of Marxist website chinaworker.info to explain the impact of the conflict and the likely outcome of the trade talks.

Will the U.S. and Chinese governments reach a deal to end their trade war?

A deal is the most likely, but the real question is what kind of deal? I think it will be a largely cosmetic deal with elements that allow both sides to save some face, rather than leading to significant changes in the economic relationship between the U.S. and China. It won’t live up to Trump’s rhetoric about a “historic” and “epic” deal, and in particular it won’t result in fundamental “structural changes” in China’s economy which is what the anti-China hawks in the US ruling class are demanding.

The trick that Trump’s team are trying to pull off in the negotiations and a major reason they are dragging on for so long – they’ve now had nine rounds of talks – is to squeeze enough concessions out of China so that it looks like “fundamental changes” have been agreed. Without this Trump will face a lynch mob from within his own party and from the Democrats who’ll accuse him of a sell-out over China. Xi Jinping’s bottom line is that China’s state capitalist economic model is untouchable. Beyond this Beijing can take a flexible approach, as has been shown, over the type and scope of concessions it offers.

But a deal won’t touch on the real roots of this conflict, which is a battle for economic and great power pre-eminence – will China or the U.S. be number one? That struggle is not going to be negotiated out of existence, that’s not how capitalism and imperialism work. There can be a deal, which for political reasons both sides will proclaim as a great victory but in reality it will be a kind of ceasefire with the economic conflict shifting from tariffs and trade into other actually more decisive fields such as technology, investments, and geopolitics. We’re already seeing a tug-of-war between the US and China, but also the EU, India, Russia and Japan, over China’s “Belt and Road Initiative” (BRI) – the biggest global infrastructure project in history.

Yes but even at this stage, with both sides pushing hard for a deal, we can’t rule out that there won’t be a deal. However, what’s pushing them towards a deal is the faltering global economy and the political risks associated with a recession, which would completely blow Trump’s re-election hopes but could be even more costly for Xi Jinping – we’re talking about unprecedented mass unrest in China in the event of the first recession in living memory.

Both sides dread the prospect of fresh stock market turmoil, which erased 13 trillion US dollars from global markets last year, around half of that in the U.S. Hence the stream of reassuring statements about the talks going “very well” and “making progress,” all designed to boost stock prices and keep the momentum going for more talks. This is an indication of how much more financialized capitalism has become, much greater even than in the run up to the 2008 financial crisis, because the policies followed by governments and central banks since then have had a much biggest impact on stock markets than on the real economy. In the short-term the economic confidence of the capitalists has been restored but this rests on precarious foundations.

A new stock market crash could by itself plunge the world economy into recession because the stock markets have become “too big to fail” – something of a contradiction in terms.