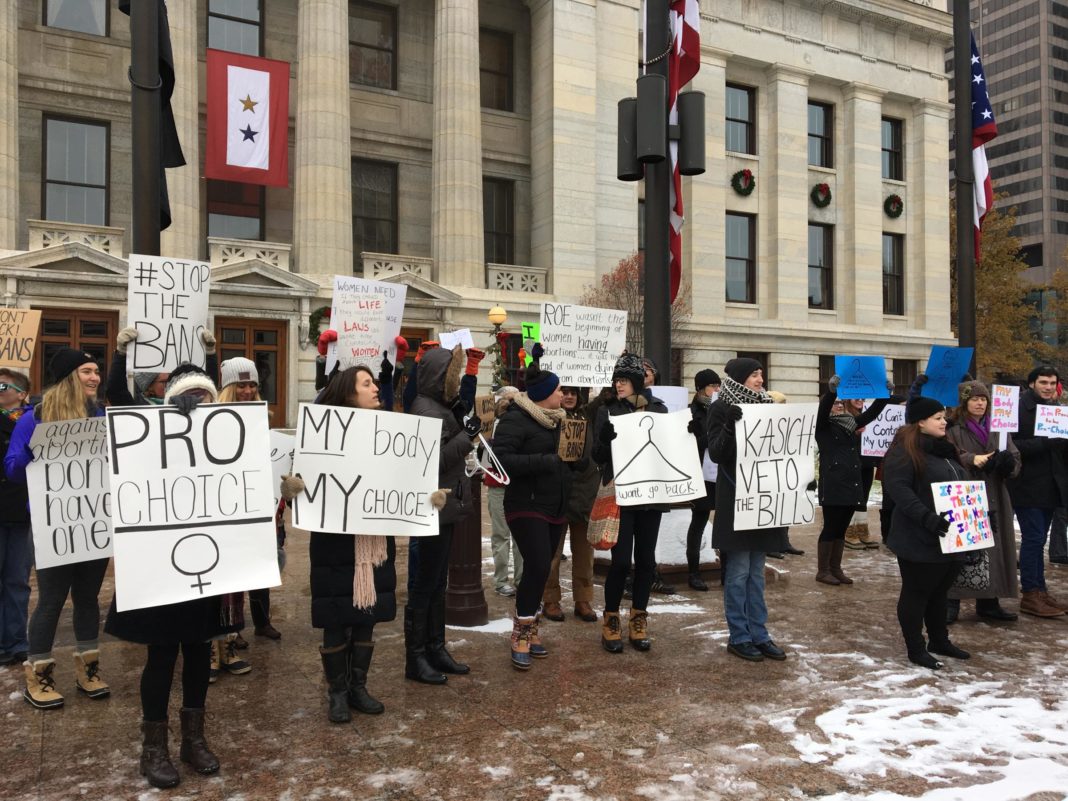 This past December, then-Ohio Governor John Kasich signed the “method ban” bill into law, which prohibits “evacuation and dilation,” the most common method of second-trimester abortions in the state. This method is used in 1-in-6 abortions statewide and was used in over 3,000 abortions in Ohio in 2017. Banning this procedure will hugely impact Ohioans’ ability to access safe abortions and will limit health care providers’ ability to give quality care. This law also contains no exceptions for rape or incest, highlighting the callous attitude taken by the Ohio legislature toward the people who desperately need access to this care.

While this law alone will have huge consequences, current Governor Mike DeWine has also publicly pledged to sign a bill that did not make it into law under Kasich – the “heartbeat bill.” This legislation would ban abortions after a fetal heartbeat is detected, which can happen as early as six weeks, at which point many people don’t even realize they are pregnant. Two such bans are already moving through the Ohio House and Senate.

The combination of these bills would all but outright ban abortion in Ohio, and represents a push by the state legislature to instigate a Supreme Court case in which Roe v. Wade could be overturned.

With well-known sexual predator Brett Kavanaugh now placed on the Supreme Court, it is all the more likely that a challenge to Roe v. Wade could result in a rollback of our hard-won reproductive rights. In a recent Supreme Court case over abortion in Louisiana, where the attacks on reproductive rights have been temporarily delayed, Kavanaugh wrote a dissenting opinion, signaling his readiness to go to war on Roe v. Wade.

The right wing has been emboldened by Kavanaugh’s confirmation, but there is a rising challenge to the status quo among a growing number of workers and youth – particularly young women – who have mobilized in opposition. The growing women’s movement must rise to this challenge and build a grassroots resistance to these attacks. Across Ohio, the United States, and the world, action is urgently needed, not just to protect the legal right to abortion, but to practically make it an accessible reality for all.

We must also overwhelmingly reject the notion that a battle tomorrow on reproductive rights would be a pre-destined failure. The very circumstances under which Roe v. Wade was won, against the backdrop of the reactionary Nixon administration, show that victory is possible with a strong fighting movement even in the face of extreme right-wing control of the White House.

Due to legislation like the Hyde Amendment, which denies abortion coverage for low-income people on federally-funded insurance, the right to abortion has been technically legal but inaccessible for those who are most likely to need it.

But the extensive war on access to abortion over the previous decades has shown that not only must we defend reproductive rights, we must fight for it as part of a program that makes all healthcare free and accessible for working people. A women’s movement must necessarily stand for abortion-inclusive Medicare for All, as well as a $15 an hour minimum wage and affordable housing, to make sure that abortion is not only a legal right but an accessible reality for people everywhere. Beyond that, we need free, universal child care to ensure that working people can choose to have a child without the burden of dramatic child care costs.

These attacks on abortion are also a poignant reminder that even deeper change is needed to secure women’s liberation. Roe v. Wade has been under constant attack since the decision was won in 1973 – we need a world in which this basic right is permanent and guaranteed. In order to secure this, the oppressive system of capitalism must be thrown off completely, and a socialist world must be built to ensure a world free from gender oppression and exploitation.