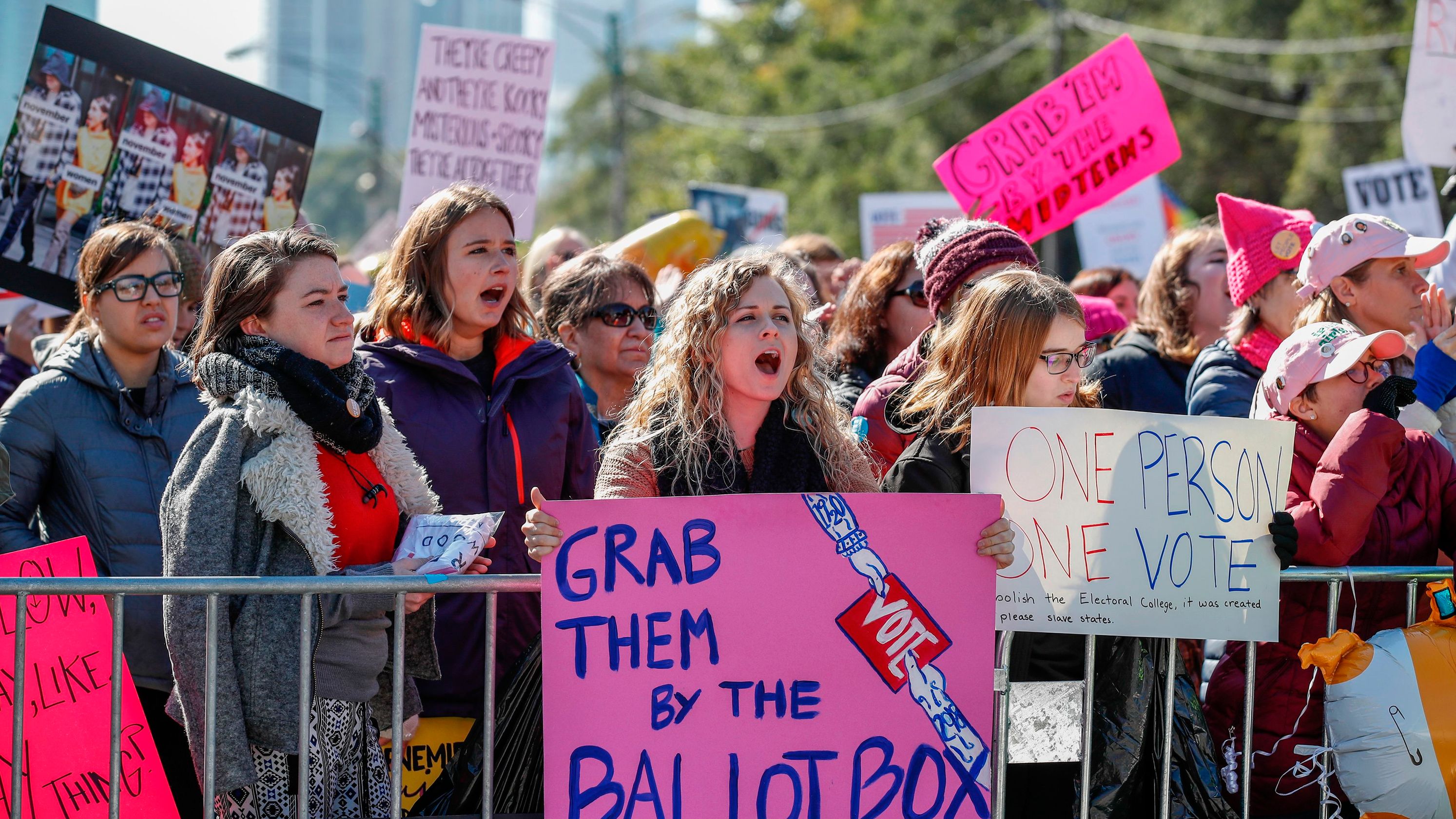 For the past two years, Trump’s presidency has sparked a massive fightback amongst broad sections of society, with women in particular demanding the downfall of the Predator in Chief. Women have been at the head of many struggles like 2018 teachers’ strikes and the Women’s Marches across the country have seen massive turnouts.

Chicago’s Women’s Marches were some of the largest, with estimates in the hundreds of thousands for the past two years. Unfortunately, at time when many women are ready to escalate the fight against Trump, Women’s March Chicago (WMC) has dealt this emerging women’s movement a setback by cancelling the 2019 march.

In explaining the march’s cancellation, WMC said they spent too much time, money and resources on a “March to the Polls” in October, gearing up for a “Blue Wave,” and don’t have anything left to spare. It’s true the mass Women’s Marches take up significant time and resources, but we’re certain that if a public call was made to community groups, unions, or even individuals, WMC would have received assistance. These technical reasons mask the underlying politics of WMC’s decision.

The WMC leadership has allowed their close connections to the Democratic Party to stifle a fighting women’s movement. A mobilization of thousands of women would certainly be a threat to newly elected Democrats, who now control all of Illinois politics, given their own corporate interests and ties to big business. Billionaire JB Pritzker, the newly elected Democratic governor, was a top donor to WMC Inc. and a WMC board member is on his transition team.

In choosing to abstain from a national day of action sure to bring out tens of thousands, it’s clear that WMC leadership doesn’t see a purpose in marching now that the midterms are over. Putting aside this mistaken political approach, our movements will need democratic discussion and debate to succeed. WMC Inc.’s top down decision has left tens of thousands wondering how to fight back. Democratic discussion in the form of mass planning meetings and forums could have produced a new leadership in step with the mass of women ready to march.

Rather than participate in the national day of action, WMC leadership has organized “Operation Activation,” urging activists to organize individual service projects in their communities. Putting out this call reveals that the WMC leadership does, in fact, have the capacity to organize action on a large scale, but by choosing this alternative, they’ve put a cap on mass action which would energize people into all forms of activism.

Across the country, hundreds of thousands will participate in January marches which will continue to give momentum to the #MeToo movement as well as the anti-Trump sentiment. By not holding a march in Chicago, this has seriously weakened the prospects for these movements in the city.

Out of this experience, it’s imperative that women come together and build a fighting movement independent of the corporate establishment to demand Medicare for all with free reproductive services including trans health care; paid parental leave and high quality, affordable childcare for all; and an end to sexual harassment, violence against women and all forms of sexism. We need now more than ever to connect the issues that all workers face – healthcare, childcare, education, housing – to this growing women’s movement. In pointing the best way forward for the women’s movement, we should look to the #MeToo McDonald’s strike and massive Google walkouts. The potential for a new, fighting women’s movement is within our grasp. We should be looking towards International Women’s Day to build for mass action in the streets.