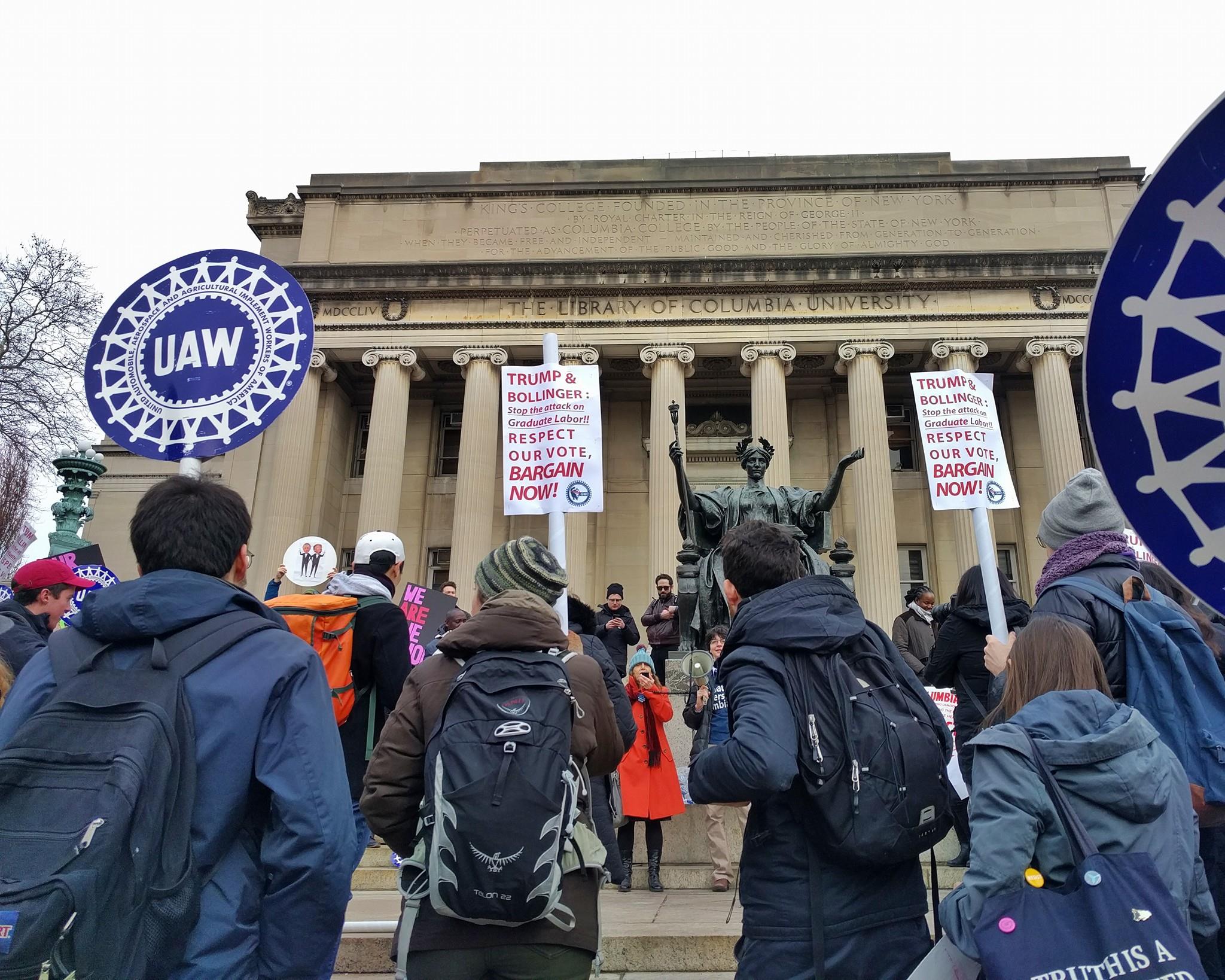 In January 2017, the National Labor Relations Board confirmed the right of Columbia University graduate students to unionize after the students voted 1,602 to 623 to join the United Automobile Workers (UAW) in December 2016. But more than a year after the research and teaching assistants’ decision to unionize, Columbia University declared their refusal to bargain with the union.

I met with Carmen Lopez, a postdoctoral researcher at Columbia University, who works with some of the research assistants involved in this union struggle.

Why did Columbia University graduate students vote to join the United Automobile Workers?

Carmen Lopez: A vote to unionize is a vote for a better salary and benefits package, which of course are important concerns to the graduate students. But overall I think their key demand is to have a say in working conditions. It is a question of democracy in the workplace. The students are unionizing under the UAW concretely because the union have been involved for many years in organizing tens of thousands of workers in academia from grad students to postdocs.

Are graduate students from all departments involved in unionizing?

What obstacles are the grad students facing now that Columbia University has decided not to enter into bargaining?

CL: First, let’s be clear, as it stands right now, Columbia is breaking the law. The National Labor Relations Board (NLRB) has ruled in favor of the grad Student Union and certified their union so Columbia has a legal mandate to sit and bargain. However, under the new NLRB appointees of the Trump administration Columbia is hoping that this decision can now be revoked. In order to avoid this trap, the students should build their power as workers and force Columbia to sit with them to bargain.

What is the plan of action for the newly unionized graduate students?

CL: Last week the union announced they would hold a strike vote if the university doesn’t bargain. The date of the vote and actual strike is pending. A plan to strike is controversial among the workers, specifically for the RAs because they would have to strike for a longer period of time to have a disruptive effect on Columbia, which means delaying their PhDs. In contrast, the TAs have the power to disrupt daily classes during a strike.

What would a successful establishment of a graduate student union mean for students/workers in other private universities?

CL: I think this grad student unionization is extremely important because it contributes to the growing national movement of unionization within academia. It also exposes the true interests of private universities, like Columbia University, which is profits and prestige, This conflicts with the school’s stated mission of research and education. The only way to change this is to ensure that those who perform the research and education have the collective strength to resista stronger voice than the university’s president and board of trustees.