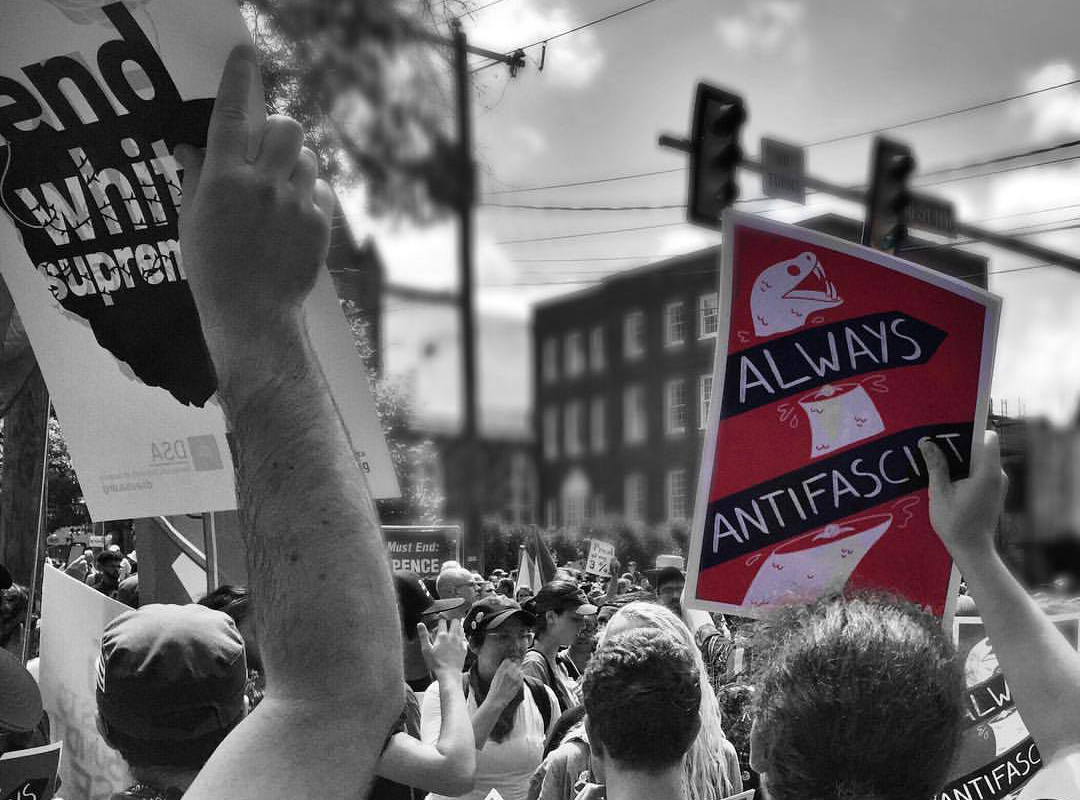 Richard Spencer, a white supremacist and leading activist of the “alt-right” is on a national speaking tour and plans to come to the University of Cincinnati, likely in January. His rallies are spreading hateful messages and organizing the far right on college campuses across the U.S.

Drawing confidence from the 40,000 working people and young people who mobilized in Boston against white supremacists in August, Socialist Alternative and Socialist Students have taken a leading role in a broad coalition to oppose Richard Spencer’s planned speaking event at the University of Cincinnati. On October 19, more than 200 people came together to plan a counter demonstration against Spencer’s planned appearance. This immediately opened up a discussion about the methods and tactics needed to oppose Spencer’s message and his movement’s agenda.

Socialist Alternative, Cincinnati Socialist Students, Black Lives Matter Cincinnati, the Cincinnati branch of the NAACP, and many others have joined together in a coalition to build the largest possible counter demonstration to show that there is no base for the far right’s ideas in our city. In parallel, University of Cincinnati administration and sections of the student body are organizing a “Choose Love” concert to deter students from joining the coalition’s counter demonstration. “While affirming the university’s commitment to “love” is great, planning a concert at the same time as Spencer’s appearance is a move to deliberately undermine the counter protest,” pointed out Cole Weirich from Socialist Students. “We need to be clear in this moment that responding to Spencer by ignoring him will only allow white nationalists to organize in our community unopposed.”

To effectively combat the “alt right” it will take the largest possible mobilization of students, people of color,women, LGBTQ people, and working people generally to outnumber their forces 1,000 to 1 as demonstrated in Boston in August. This approach is often complicated by those committed to “black bloc” tactics based on individual acts of protest which have produced acts of vandalism as we saw earlier in the year at anti-Milo protests in Berkeley. These types of actions are performed spontaneously by a few protesters without the organized participation of the majority and are then exploited by media and establishment politicians to alienate the mass of working people from supporting protests against the far right.

Since Trump’s election, the far right has felt emboldened to enter the public sphere with their hateful ideas. We have seen “alt right” rallies emerge all over the United States as white supremacists groups attempt to recruit to their movement. But after Charlottesville, they were pushed back. We need to keep them on the run! While Trump defends the white nationalists and pushes the billionaires’ agenda, Socialist Alternative links the struggle against the right and the far right to the fight for Medicare for all, free education, immigrants’, women’s and workers’ rights.

We want all those willing to take a stand against Richard Spencer to come out en masse and show that we will not allow this far right movement to grow.