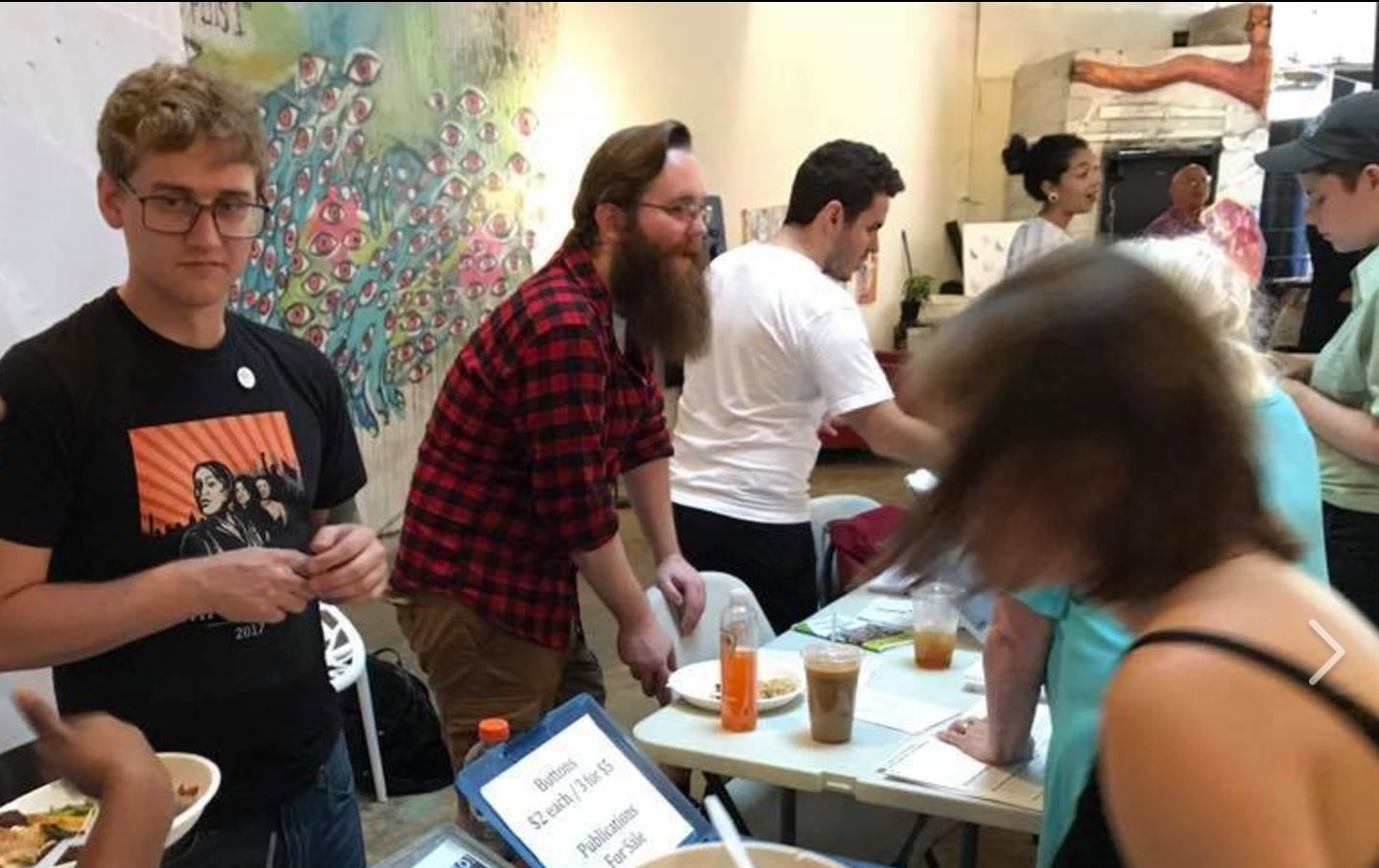 Socialist Alternative DC (SA) co-hosted the DC Divest Fest on September 24th, 2017. This was a gathering of DC residents to exchange ideas on how local government should divest public funds from Wells Fargo, a key backer of the Dakota Access Pipeline. Socialist Alternative DC has partnered with the DCReInvest coalition, a grassroots campaign founded in February 2017 by local activists as a response to the national divestment movement in solidarity with #NoDAPL protests.

In addition to its complicity in crimes committed against activists at Standing Rock, Wells Fargo has victimized low-income residents of DC through racist, destructive lending practices, and is currently in an unlawful $12.4 million contract with the city for cash & treasury management services. This deal violates the city’s responsible banking ordinance which requires financial institutions bidding for city contracts to have a satisfactory rating from federal regulators on their most recent community lending score. Wells Fargo has a failing community lending grade per the city’s Community Reinvestment exam. Furthermore, the contract was awarded despite not going through the formal community review process. One of DCReInvest’s goals is to rectify this grave error.

Organizers of the DC Divest Fest offered resources to develop strategies to grow the movement for divestment, and push elected commissioners of Advisory Neighborhood Commissions (ANC) to support the call for divestment. This event is part of a larger strategy to build a sustained movement that will ultimately pressure the DC Council to sever its relationship with Wells Fargo.

Members of Socialist Alternative tabled at the event and talked to workers and students about the need to build escalating movements to win significant gains for working people. Socialist Alternative member Alka spoke at the event highlighting Socialist Alternative’s successful divestment campaign in Seattle through our movement building approach. Councilwoman Kshama Sawant introduced the bill she wrote with activists, which won a unanimous vote in the City Council. In Seattle, an unrelenting movement led by workers and activists packed city council meetings and organized rallies and marches, drawing inspiration from the historic and courageous #No DAPL protests which fought to defend indigenous treaty rights and against the pipeline’s threat to water and the climate. Similarly, in DC, workers, and students must unite and fight to win divestment from Wells Fargo. The 2016 census data indicated that the black median income in DC is now less than a third of white median income in DC, an economic disparity our big-business-friendly Mayor Muriel Bowser chooses to overlook while enthusiastically siding with large corporations. Alka urged attendees to join the divestment movement in DC and fight for affordable housing, public banking, racial justice and other demands.

Socialist Alternative member Sara spoke on behalf of the DC Childcare Collective, which provided childcare at the event. Sara explained how her participation in the Childcare Collective and membership in SA are interrelated. The mission of the Collective is to support working parents, who confront housing injustice and wealth inequality, and particularly people of color and women. The struggle faced by working parents derives from a capitalist system which prioritizes the interests of big predatory banks instead of affordable housing, universal childcare, quality schools, and paid family leave.

DC Divest Fest served as a significant milestone for DCReInvest. In the coming months, Socialist Alternative DC will hold public meetings with residents of all wards on important local issues to focus on as part of divestment. By June 2018, our goal is to pressure the DC Council to commit to divesting from Wells Fargo in response to demands from city residents. Only a strong grassroots struggle led by the working class can pressure the DC Council into supporting the growing national movement for divestment.