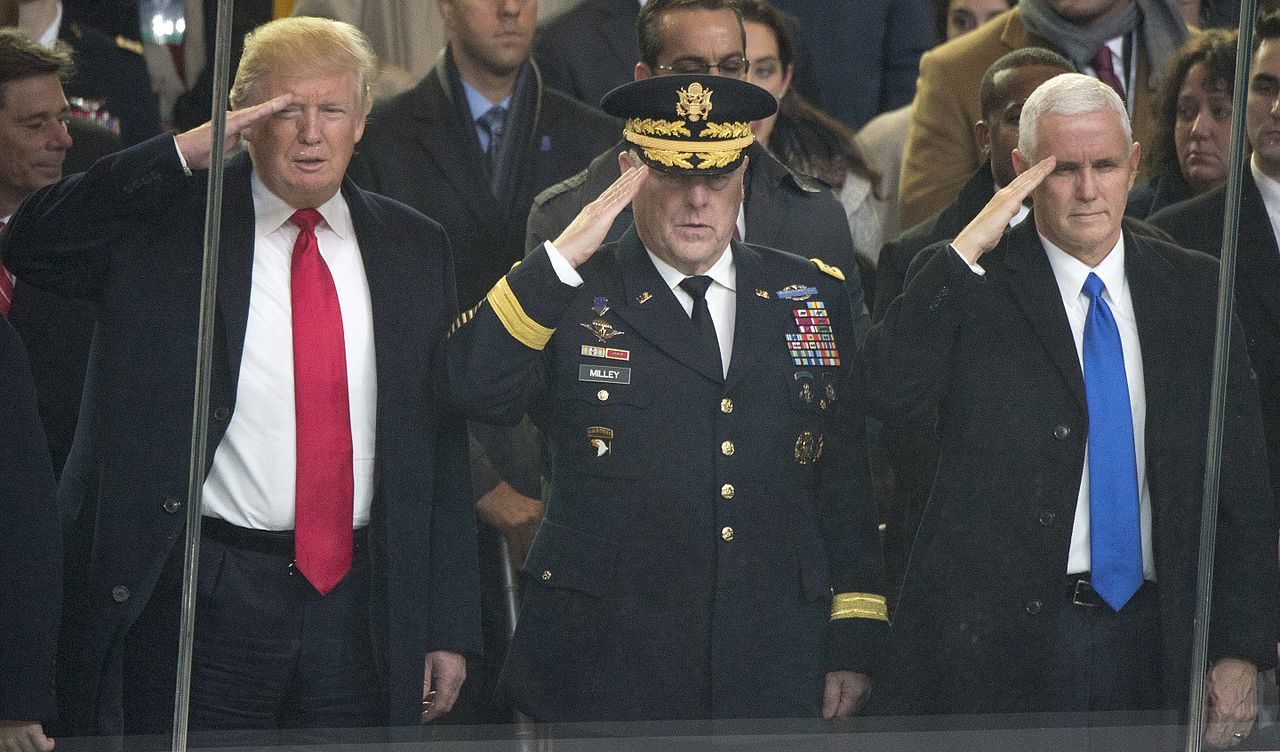 On July 26, President Donald Trump released a series of tweets announcing his intention to ban transgender people from serving in the military. He claimed that trans people should not be allowed to serve on the basis that the armed forces “cannot be burdened with the tremendous medical costs and disruption.” This latest bigoted attack is a clear effort by an administration in crisis to rally support from its right wing base.

The timing of the announcement is no accident. Trump seeks to use the trans military ban to divert attention from the recent failure of Trumpcare. After the GOP’s inability to make good on its central promise to repeal Obamacare, Trump is seeking to shore up his support. According to Gallup, Trump’s approval rating is continuing to plummet and is currently at 39%. Despite voicing some opposition to “Bathroom Bills” during his presidential campaign, Trump is now clearly backtracking on trans rights.

Throughout Trump’s presidential campaign and time in office we have seen a series of vicious attacks on working class and marginalized communities, from denying people from majority Muslim countries access to the U.S., to putting forward a dangerous health care bill that would provide a massive tax cut to the rich while leaving many working class families uninsured. However, he has been largely unsuccessful in following through with these policies due to a massive push back by working people and youth, and because of a deeply divided Republican Party. Trump’s travel ban was challenged by mass airport occupations and he has been unable to secure the necessary votes for the Republican’s profoundly unpopular attempts to repeal the Affordable Care Act. These failures point to an instability within the Trump administration and broad opposition to his policies.

Trump points to the cost of health care as the prime reason why trans people should be banned from serving in the military. However, a quick glance at military spending reveals that health care for trans people represents a tiny fraction of the giant defense budget. According to a report commissioned by the defense department, the military would be spending at most $8.4 million annually on trans-related health care. In comparison, this year the military has allocated approximately $4.457 billion of the budget for drones. For a fraction of this price the military could pay for the health care of all its trans members. Clearly, cost is not the real issue.

As socialists we completely oppose this violation of trans rights. It is a direct attack on the victories of the past 15 years that LGBTQ people and activists have struggled for and won, with the repeal of the Defense of Marriage Act and Don’t Ask, Don’t Tell. We must seriously organize to protect and extend the rights of the LGBTQ community and all marginalized people. It is not enough to idly wait for the courts to challenge this ban, and instead we must stand in solidarity with trans people and organize rallies and marches to make our opposition heard.

Under capitalism, many working class and marginalized people enlist in the military in order to gain access to higher education, affordable housing, and health care. As socialists, we oppose the violent agenda of U.S. imperialism, but defend the rights of all people serving in the military. Trans people are disproportionately affected by the crisis of capitalism, with 1 in 5 experiencing homelessness at one point in their life and an unemployment rate of 15%, which is three times higher than the general population. Within these conditions, the military beckons as a way out for many trans people seeking steady employment and is currently the largest employer of trans people nationally.

Trans people should not have to serve in the armed forces just in order to get a job, healthcare, and a place to live. Everyone deserves to get their basic needs met, regardless of who they work for.

The fight for trans rights does not end with pride marches or with purely defensive struggles against Trump and the right wing. This is an ongoing battle that we must continue to wage against the capitalist system which works to exploit and dehumanize all working class and oppressed people. We must use our power to demand the reversal of this archaic ban, and to fight for positive gains for trans people like free and accessible hormone therapy, and real solutions to LGBTQ homelessness. As we organize to defend trans rights and defeat the capitalist pro-war agenda, we must also fight for universal health care, affordable housing, and free college tuition so that we can eliminate the economic pressures to enlist and thereby improve the quality of life of all working class and oppressed people.