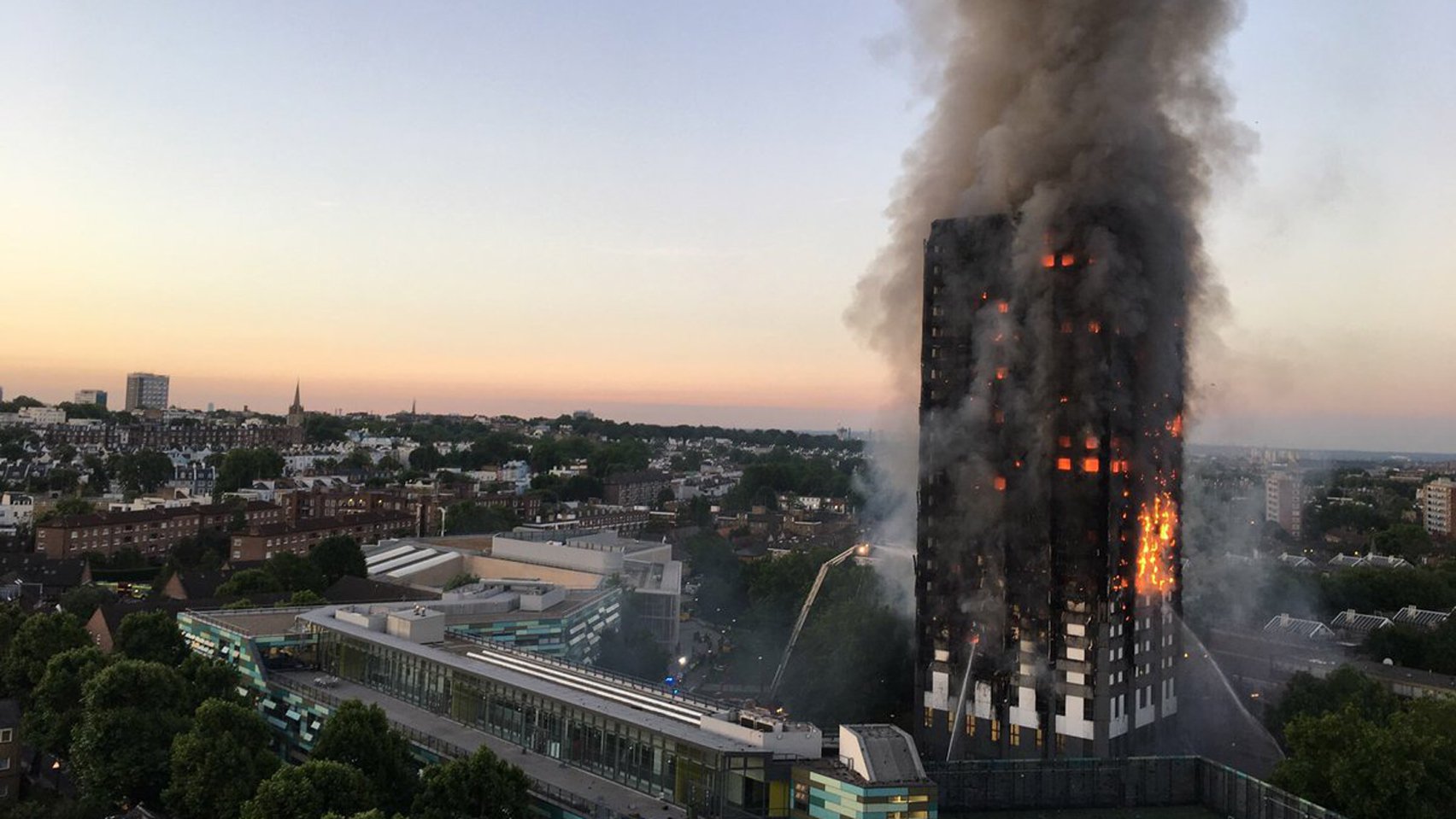 Days after the British election, the Grenfell Tower block inferno fire in London has exposed the whole political establishment. It now cannot be clearer that austerity and wealth inequality kills, that the Tories and their system have an arrogant disregard for the lives of the working class and the poor.

Witnesses describe heartbreaking scenes as people desperately tried to escape. At the time of writing, at least 79 are confirmed dead. Many residents are sure that the death toll will be far higher than currently stated and that facts are being hidden by the authorities.
The immediate causes of the Grenfell fire were the lack of a sprinkler system and recently added extremely flammable cladding panels. The deeper causes were austerity and gentrification.

There is massive anger at the local Tory council and housing management company that ignored the campaigns and repeated warnings of residents on fire safety, some of whom have been killed. In the aftermath, Prime Minister Theresa May has shown a lack of empathy. In her first visit to Grenfell, she did not meet survivors and families of those killed. In contrast, Jeremy Corbyn has gained support for his empathy but also by demanding that those affected be rehoused in the empty luxury apartments nearby.

Local working-class people, including survivors and those who have lost loved ones, have marched and demonstrated for justice. Protesters stormed and occupied the council and protested at Downing Street, chanting “bring down the government!” and raising demands around safe housing and the need to support those affected. Our sister organization the Socialist Party is calling for a worker- and residents-led inquiry into the fire. Tenants also need to be organized to fight for safety and against social cleansing and cuts, including organizing collectively to withhold rent.

The Battle of Cable Street: Lessons for Combatting the Far Right