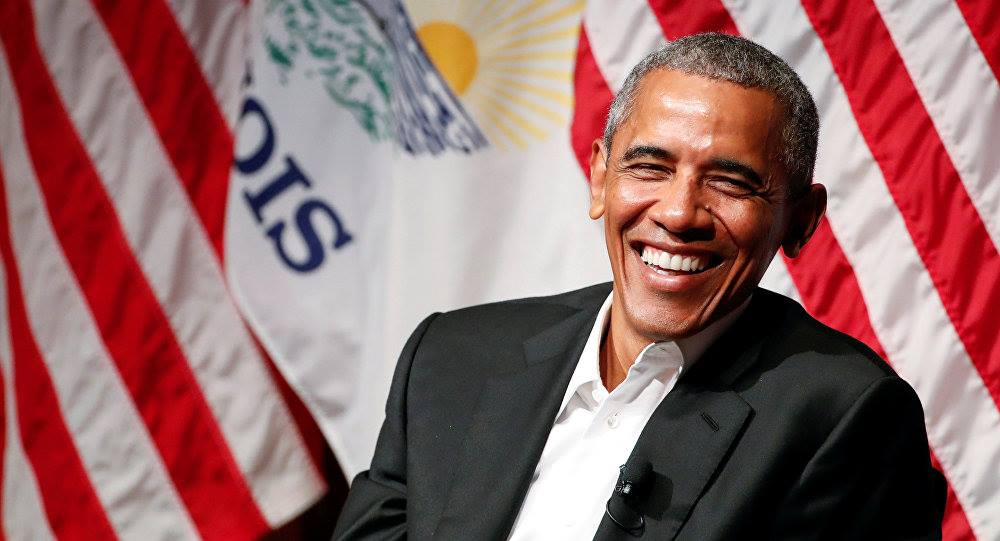 In 2008, Barack Obama was elected president on the back of a movement expecting change. After eight years, where the majority of any economic growth has gone to the top 1%. In the past month, Obama spoke at two separate banks, receiving $400,000 each time – the equivalent of what taxpayers paid him for a year of being president. Through these speeches, Obama continues to expose himself as a big business politician and furthers the reputation of the Democratic Party as one tied to the interests of Wall Street.

The 2016 presidential elections exposed the myth of a “post-racial America” and showed that millions of people are completely fed up with Wall Street’s domination over U.S. and worldwide politics. The disgust at Hillary’s ties to big business should have been a signal to Obama and the DNC that the Democratic Party’s voter base is much more radical and anti-corporate than they are capable of pretending to be. Hillary’s refusal to reveal paid speeches she gave to Goldman Sachs and her belief that America was “already great” was disastrous to any attempt to win voters seeking a political revolution against the billionaire class who flocked to Bernie Sanders.

So if the role of Wall Street was a deal breaker for people on the fence about Hillary, why does Obama get a pass? Recently, the liberal media has been doing backflips to defend Obama’s speeches. A Slate article put it, “If one speech irreparably poisons Obama’s image as a counterweight to the forces of Trumpism, then we haven’t given nearly enough credit to his accomplishments.” There have also been claims that these criticisms are due only to the fact Obama is black. That all the previous presidents who were white all did paid speeches and there is a double standard when it comes to Obama. In an article for the Root, one writer says “asking a man to work for eight years cleaning up the sloppy mess some white guy made, and then telling him he shouldn’t ask for money, just feels racist.” Such supporters of Obama like The Daily Show host Trevor Noah said in response to criticism “F**ck that and f**ck you!”

The right-wing media is using this criticism to whip up racist sentiments among its viewers, but the majority of people, including black people, are finding it hard to accept Obama’s cozy relationship with the very institutions that have devastated so many working-class lives. Is there a greater gift to the right that paints Obama and people on the left as “out of touch limousine liberals” than two $400,000 speeches? Further, the government-Wall Street connection is actually something Trump and Obama have in common! Goldman Sachs is both a pool for presidents to appoint aides from, and a willing employer of aides once they’re done in government. Then there’s Eric Holder’s multi-million dollar law firm contract, fresh off his role as attorney general, just to name a few.

The Terror Of Wall Street

Obama’s Wall Street windfall should in no way let Trump off the hook. Many Trump supporters are already disillusioned with a cabinet which looks more like a swamp than the draining of one. Trump immediately appointed billionaires to his cabinet with ties to investment banks, big corporations, and the oil industry. Corporate America is howling for massive business tax cuts to go along with deep cuts to programs like Social Security, Medicare, and Medicaid. Yet working people have not recovered from the Great Recession of 2007-08.

When you look at how Wall Street exploited black communities you too would wonder why would the first black president see any alignment with such people let alone be put on their payroll? Banks like Wells Fargo targeted Blacks and Latinos for subprime loans resulting in a $175 million settlement with the Justice Department. You’d think banking institutions would have learned their lesson and continue down a path of dignified, legal, and moral business operations. Yet last year Wells Fargo again was caught in illegal activity over fake accounts of customers that were created without knowledge or consent.

Wall Street and financial institutions have no interest in the needs of working people, the law, or even the economy – yet in 2008, the first order of Obama was to bail out the banks.

Where The Money Comes From Matters!

The wealth gap between the rich and poor has dramatically widened since the 2007-08 crisis. Even Obama himself admitted in 2013 that 95% of all wealth since the recession has gone to the top 1%. Big business benefited most from Obama being president while working-class people have been living on a hope and a dream ever since he was elected. But clearly the dream went sour for millions, which helped open the door for the right. If we are to truly address economic inequality in the U.S. then we cannot take a position that vindicates Wall Street of any responsibility.

This fact didn’t change when Obama was president, and now he’s directly on the big banks’ payroll. It’s time we stand up to big business. We need a party and candidates who are not doing the bidding of Wall Street, but act in the interests of workers and the most marginalized communities. Communities that have been targeted, exploited and marginalized BY Wall Street. We need a party that is going to advocate for single-payer health care, free college education, a $15 minimum wage, an end to the systematic targeting and discrimination against black and brown communities, and an end to the destruction of our planet. This summer we must first and foremost build the strongest possible resistance against Trump and the war he is waging on working-class communities and immigrants. But it is equally important for us to reject any corporate ties by public officials and big business.

So if you want to continue to support Obama getting paid by Wall Street to do speeches, so be it, but tell the truth. You are ok with Obama accepting money from the very people who destroy our economy, our planet and  our lives.