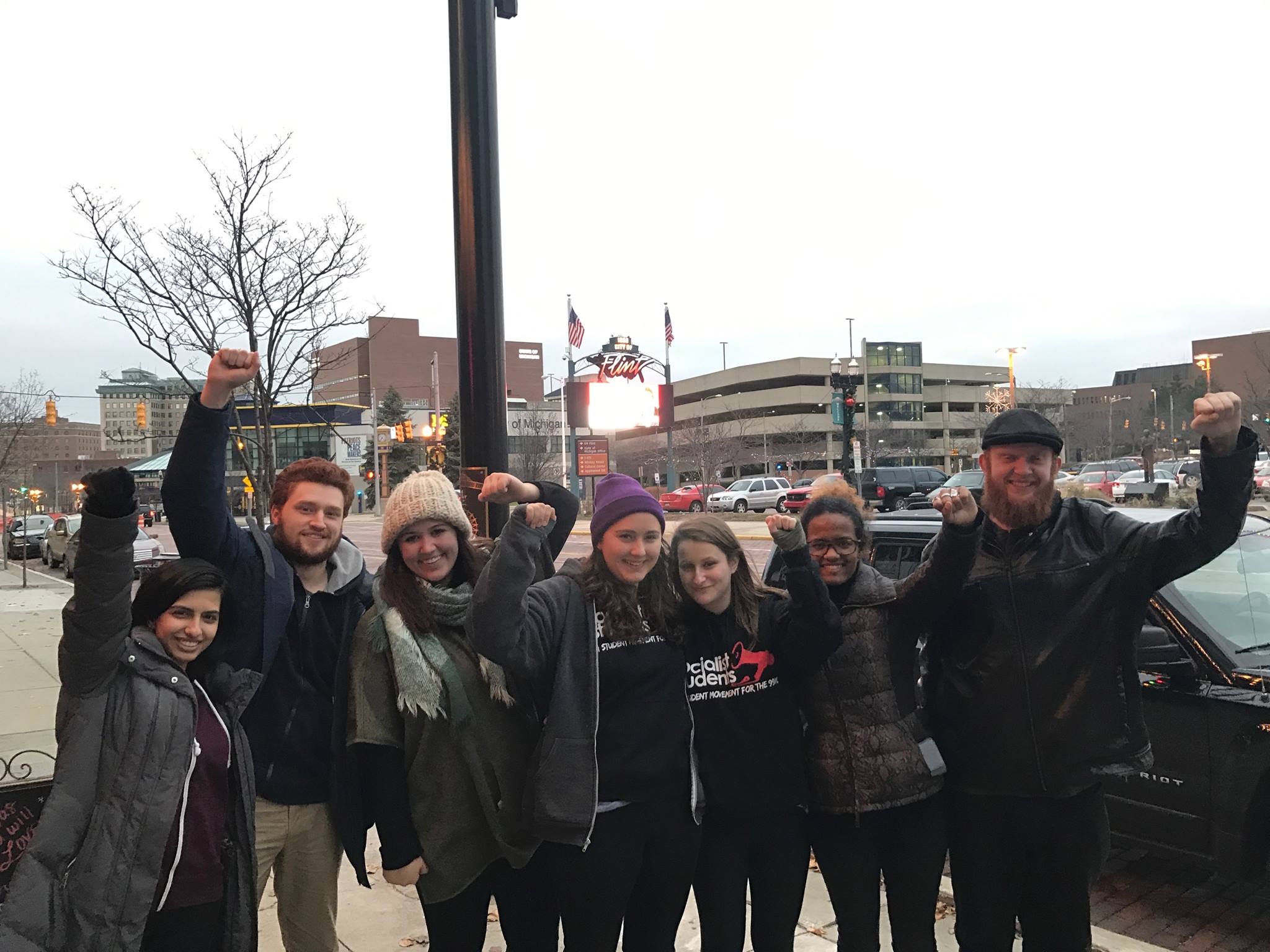 Flint, Michigan has been in the national spotlight over the past two years for the ongoing water crisis that has poisoned the city’s residents.  The lead contamination in Flint’s drinking water has devastated working people who have not only been made to drink and bathe in toxic water, but have been forced to pay for it too.

In December, members of Socialist Students in Chicago and Michigan visited Flint to deliver water and meet with local activists.  We brought 70 cases of water to a public housing unit that had not received water in over three months and were featured on the local broadcast news.  Afterwards, we sat down with Melissa Mays, founder of grassroots group Water You Fighting For?, to discuss the struggle for clean water in Flint.  Mays is a mother of three who has been tirelessly fighting for new water infrastructure since the beginning of the crisis. When we asked her what she believes caused this crisis, Mays responded, “Greed, corruption, privatization. 100%.” In 2014, the source of Flint drinking water was switched from treated Detroit water to the contaminated Flint river.  This decision was made by Governor Snyder’s appointed Emergency Manager (an unelected official) and despite initially being hidden from Flint residents, it was later sold as a way to lower the high costs of water.  Soon after switching to Flint water, Flint residents began to complain that their water smelled, tasted, and looked abnormal.  Young children began experiencing hair loss, rashes, fatigue, and other alarming symptoms that the city refused to address. But when residents began organizing protests and demonstrations, city officials who had initially ignored the crisis ultimately identified the dangerous bacteria, carcinogens, and lead in the water.

In 2015, growing pressure from below forced political leaders to switch the source of Flint water back to treated Detroit water.  This speaks to the enormous fightback that has been organized by Flint residents.  Unfortunately, despite the return to Detroit water, great damage has already been done. As recently as last month, 96% of water tested in Flint homes came back as high risk.  The water infrastructure in Flint is so damaged and contaminated that it is impossible to simply “flush out” the toxins in the water: an entirely new infrastructure must be built.  This, according to the local Pipefitters Union, could be done in two years if the currently unemployed plumbers were put to work.

The crisis in Flint demonstrates the devastatingly backwards nature of capitalism.  Flint sits next to the world’s second largest fresh water source and yet is suffering from a water crisis.  Flint residents have poisoned water coming through their taps and yet pay the highest water bills in the country.  Capitalism, a system based on profit for the few rather than the needs of the many, is simply unable to provide for ordinary people.  Rather than replacing Flint’s water infrastructure and sourcing their water from the massive fresh-water reserves in the surrounding area, the pipes continue to rot while corporations bottle fresh water and sell it back to Flint residents at a high cost.

Socialist Students believes that the needs of society should come before the profits of a few.  We call for:

Us Versus Them: Climate Edition