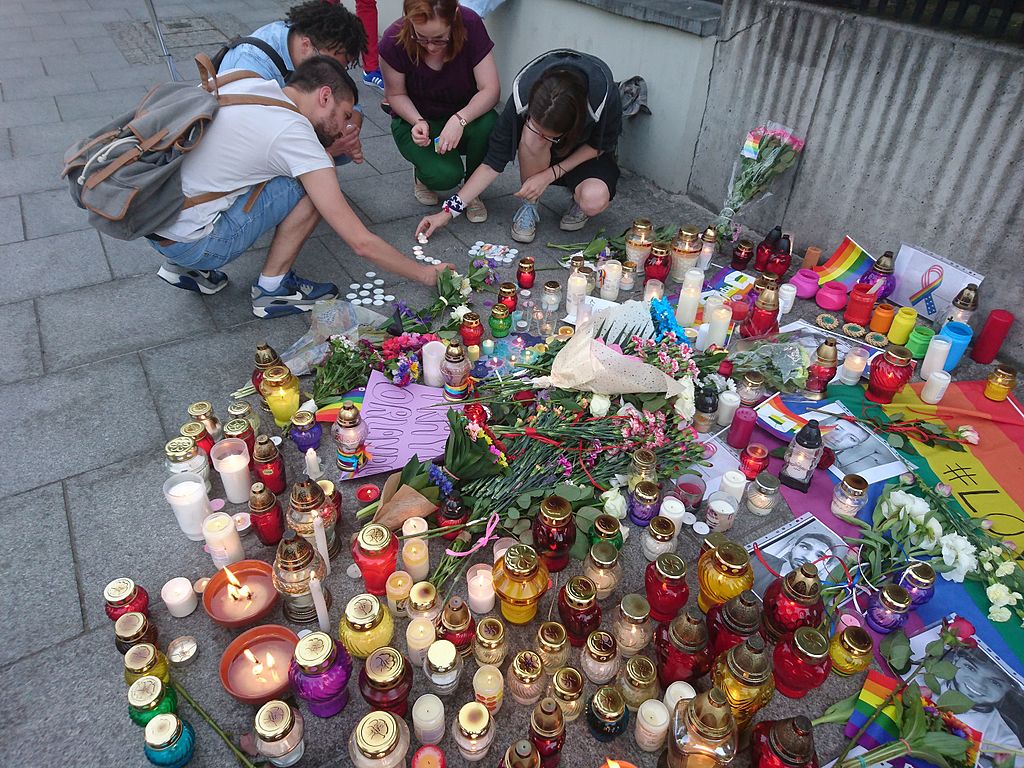 Working people have been horrified and deeply shocked by the mass killing of 49 people at a Latino gay nightclub on Saturday night in Orlando, Florida. Vigils, some attended by thousands, have been held around the US and internationally. LGBTQ people correctly see this as an attack on their entire community coming at a time when reactionaries of various stripes have targeted them in many countries. But the vast majority of people coming onto the streets also oppose Islamophobia and large numbers of Muslims have stood in solidarity with the victims.

The killer, Omar Mateen, was clearly influenced by Muslim fundamentalism and left a message saying the attack was carried out in the name of ISIS although there is apparently no evidence that he had a direct link with them. There is also emerging evidence that Mateen may have regularly frequented the nightclub where he carried out the attack and that he had mental health issues.

Socialist Alternative condemns all the terrorist attacks that have been carried out in the name of ISIS from Baghdad and North Africa to Paris, Brussels, San Bernadino and now Orlando. But we also completely oppose the military campaigns of US imperialism including the wars in Iraq and Afghanistan. The occupation of Iraq directly unleashed the forces, including massive sectarian conflict between Sunni and Shia, which have created the space for the emergence of this vicious, reactionary force.

The truth is that ISIS wants to encourage attacks in Western countries in order to drag imperialism deeper into the quagmire of the Syrian and Iraqi civil wars. They also want to provoke attacks on Muslim communities which they hope will help bring them more support and recruits.

Donald Trump of course says the carnage in Florida shows why Muslims should not be allowed to enter the country. This is part and parcel of the vicious xenophobia which has been a key feature of his campaign. It is also utterly hypocritical for Trump and the Republicans to seek to use the attack on a gay Latino nightclub to their advantage given that they are the enemies of Latino and LGBTQ people. Trump wants to build a wall on the Southern border and mass deport all undocumented workers while making one racist verbal attack on Latinos after another. The Republican Party in state after state has introduced vicious “bathroom bills” aimed at trans people but also at LGBTQ people as a whole.

President Obama sharply denounced Trump’s rhetoric but the main response of Hillary Clinton, the Democratic Party’s presumptive nominee, has been to call for a stepped up US bombing campaign in Syria and Iraq. She has echoed Republican rhetoric of waging a war against “radical Islam”. In this we clearly see the role of the Democratic Party which supported Bush’s wars, expanded the use of drones under Obama and supported and historically initiated countless other imperialist adventures.

Bernie Sanders correctly declared, “The Muslim people did not commit this horrific act. A man named Omar Mateen did. Our goal must be not to allow politicians, Donald Trump or anyone else, to divide us.” It is very powerful and significant that many Muslims have joined the vigils in solidarity with LGBTQ people and many of the organizers of the vigils have strongly denounced Islamophobia.

In the coming days and weeks there should be massive mobilizations uniting the labor movement, and progressive organizations in solidarity with the LGBTQ and Muslim communities. This is the most effective immediate answer to Trump’s racist poison as well as to Clinton’s warmongering. It will also be a crucial step in building the type of mass movement that can oppose and ultimately defeat the diseased capitalist system which keeps producing bigotry, war and terrorism.