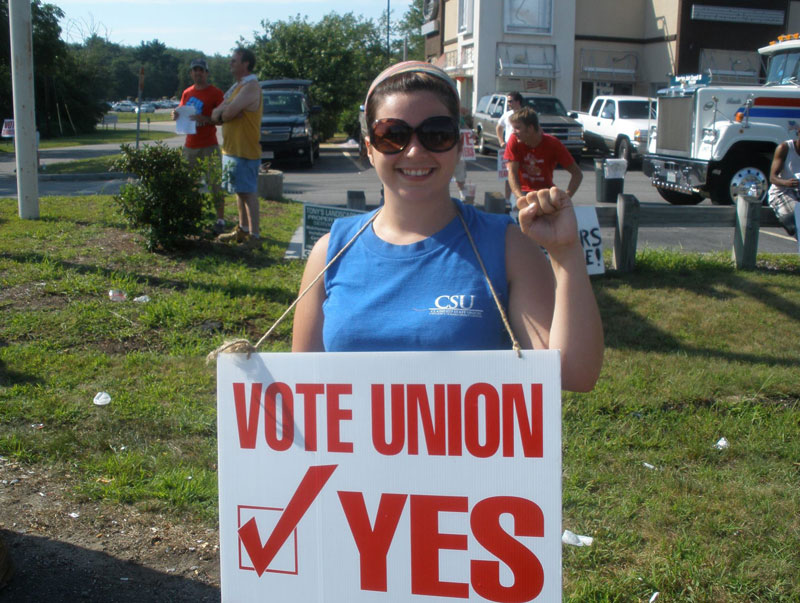 Working in a public university has given me a crash course in how to function with limited resources. For the past eight years, I have worked as an administrative assistant at University of Massachusetts Boston. As the only public four-year institution in Boston, it’s often competing with some of the biggest and wealthiest schools in the U.S.: Harvard, MIT, and Northeastern have billions of dollars at their disposal. The original idea for UMass Boston was to be a place for working-class and poor people, to serve the “urban mission.” Now, that mission has been turned into a mission for more money. UMass Boston has now been marketed as the “urban research” university. This means bringing in the maximum private dollars to fund what big business wants rather than what the community needs.

Most days, I have a sense of purpose helping students navigate the college experience. Many of them are first-generation college students and don’t have the network needed to get through college. The reality is that, for most of us, we are operating with bare minimum staffing, many of us work two or three jobs, we pay $6.00 a day to just come to work for parking, and environmental health and safety are always questionable – especially with low levels of asbestos flying around in the air. To top it off, we’re constantly blamed for budget shortfalls. Our raises are considered unreasonable and it’s argued that we should be willing to sacrifice during tough economic climates.

The administration of UMass Boston and the UMass system generally are some of the highest-paid public-sector employees in Massachusetts. The former president of UMass made $500,000 a year, with a guaranteed 5% annual raise of 25,000 per year and a possible $90,000 performance bonus. With benefits, he received over $762,300 a year! The annual salary for a new administrative assistant, after benefits, is $34,000. Tell me again how we’re to blame for the new nine million dollar shortfall? The students faced further tuition hikes this past year; tuition has been raised close to 10% since I started with the university. Where is that money going? The Chancellor has his own private drivers to get to and from campus. Tell me again why we need to cut money for graduate students!

The administration tells us how we’re the front lines and the backbone of the university. Yet during our last contract negotiations, they wanted to put a cap on our earned sick time, fought us on our minimal 3% raises, and wanted to raise parking fees to $10 a day. They want to make every cent they can off of our hard work but won’t lift a finger to help us. The unions and students have united against such poor conditions over the years. We’re determined to keep the university working for us and not for the benefit of corporations and administration bonuses. UMass works because we do!