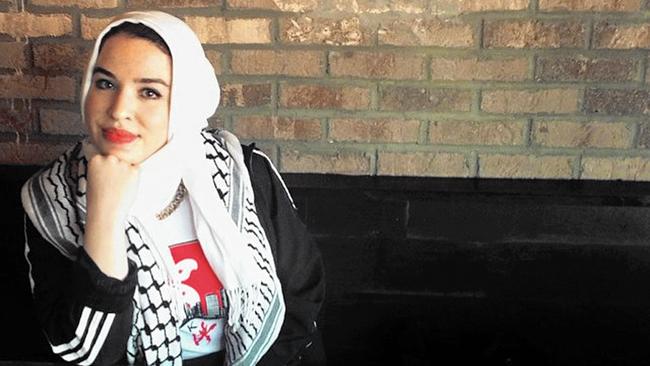 Jacob:  Thanks for talking with us. Could you please tell us what happened at the Kerbey Lane restaurant recently?

Leilah:  My friend and I pulled into the restaurant parking lot, and, she went inside to grab a table while I waited for parking. After I found a spot, I came in to find her crying and upset. Apparently some man next to her said some things about my driving and that I should just “go back to Saudi Arabia.” When she told him he can’t say things like that, he said “the same goes for you,” then asked her if she “had a gun” and that she should just shoot him.

The host didn’t do anything and just continued with seating them at a table and then sat us on the other side of the restaurant. At that point, neither of us were comfortable staying. I asked to speak to a manager, and the manager told me she was not going to do anything about it. While I spoke to her, the bigoted man just stared at us. I walked up to him and asked him to repeat what he said to my friend. He told me to go away and his wife claimed “HE WAS TALKING TO ME AND YOUR FRIEND.” Then the man asked me if I had a gun. I was very upset and felt humiliated.

As we were leaving, I told the people watching, “Just so you know, we were told racist things and this restaurant doesn’t feel the need to address it because who cares about us?” Another white guy shouted “Nobody.” No one else said or did anything. What made these experiences a thousand times worse is the people just silently watching.

Jacob:  What made you decide to do something about it?

Leilah:  I think this man is very comfortable in his racism and has probably never questioned why it is wrong to stereotype people. But what really hurt the most about this experience was that the restaurant did nothing and no one stood with us or spoke up. Remaining silent in the face of bigotry is interpreted as approval by a bigot. This is why it is so important to speak up. We hoped in sharing our story that it would encourage people to not remain silent if they witness someone being harassed because of their identity.

Jacob:  What do you see as driving the current wave of Islamophobia in this country?

Leilah:  I think the driving force behind the rise in Islamophobia has a lot to do with American imperialism and the portrayal of Muslims in media. Islamophobia has been used as a tool to justify U.S. involvement in wars to control the oil-rich Middle East. It should come as no surprise that killing Muslims overseas could lead to violence or hatred towards Muslim Americans. We can’t fix the problem without addressing the root cause. Obama’s visit to a mosque and condemnation of Islamophobia is great, but it would be better if he ended the spying on and entrapment of Muslim Americans, drone strikes, military aid to Israel, etc. The corporate media also should be held responsible for their role in spreading anti-Muslim propaganda.

Jacob:  How can people fight back against Islamophobia?

We need to build mass movements against racism and Islamophobia, and to demand media accountability and government withdrawal from wars overseas. We should not allow bigotry to go unchecked – speak up when you hear it. Silence indicates approval.

Jacob:  Where did you grow up? What is it like growing up Muslim in the U.S.? Have you experienced Islamophobia before?

Leilah:  I was born in Chicago, raised in Indiana, moved to Minneapolis with my family when I was 13, and moved to Austin a few months ago.

It isn’t easy to be a visibly Muslim woman in America. Media portrayals of Muslim women are often negative and can influence how people interact with you. I sometimes feel like when I do something, even if it is on accident, a person’s reaction might be intensified because I’m Muslim. If that man at Kerbey Lane had not seen my head scarf, I doubt he would have made those comments.

While I was growing up, my siblings and I were the only Muslim kids at our school. Kids bullied me for being Muslim. But looking back on it, the school didn’t do much to help, and the kids were probably repeating things they heard their parents say. I’ve had a few instances of Islamophobia, but the worst have been times when it was public. I remember one time during 7th grade math class, some kids started making anti-Muslim comments towards me. I waited for the teacher to step in, but he didn’t say anything. It was only when I stood up to defend myself that he got involved.

The day after the incident at Kerbey Lane, Leilah and her friend received calls and a public apology was posted online from Mason Ayer, the CEO of the restaurant: “There should be no place for racist, ignorant behavior in our society, and it’s incredibly upsetting that an incident like this occurred at all,” Ayer wrote. In retrospect, he said staff should have asked the “hateful guest” to leave.

Click here to watch a Fox TV interview with Leilah and Sirat.