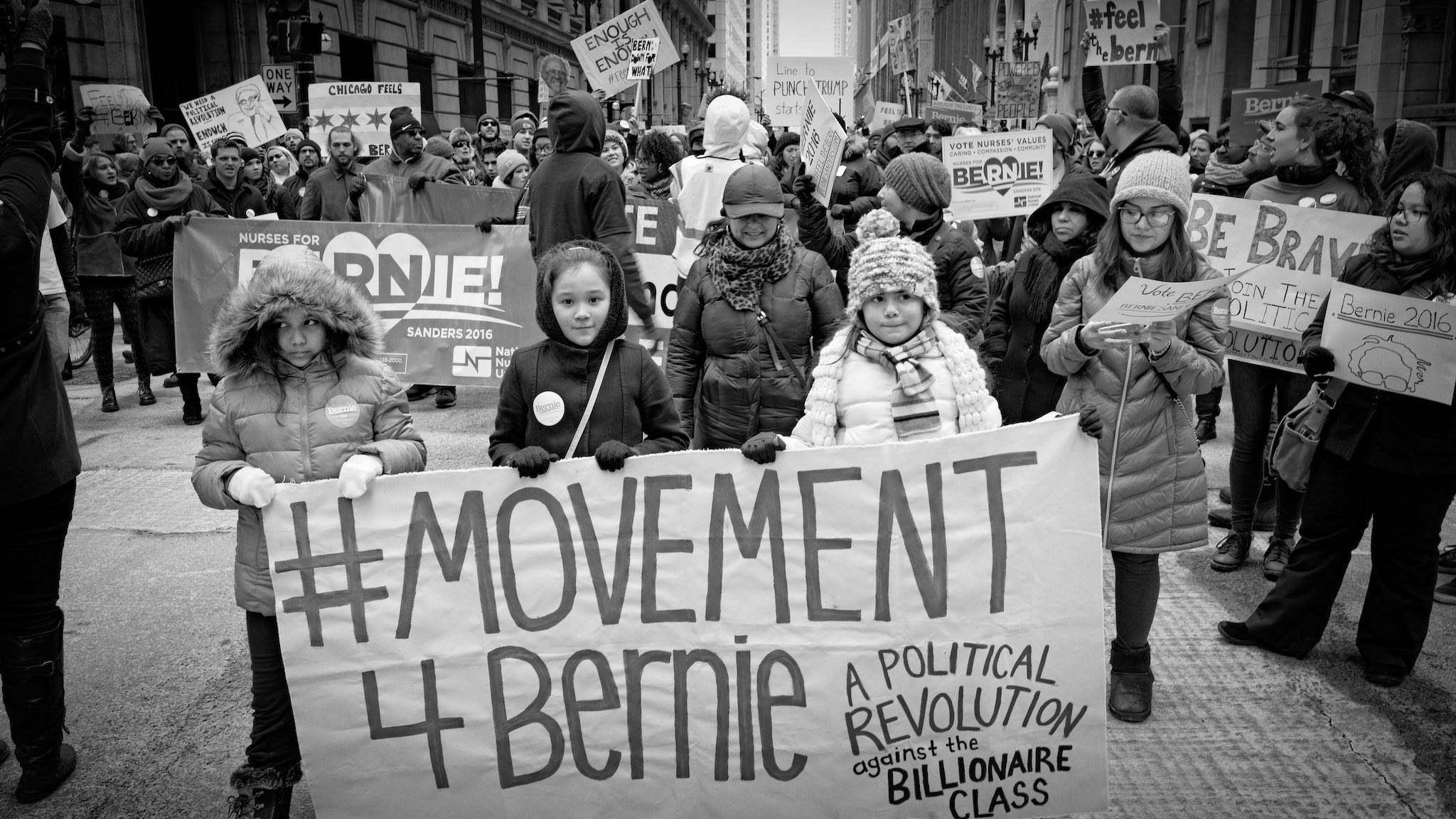 Bernie Sanders’ call for a political revolution against the billionaire class has enthused millions of people looking for a political alternative to Wall Street. But to achieve Sanders’ demands for $15 an hour, single payer healthcare, tuition-free college and the end of mass incarceration it will take an organized mass movement.

To this end Socialist Alternative has launched #Movement4Bernie. M4B’s initial statement spells out what is needed: “We can turn this into the most important election in decades by building an organized political force behind the Sanders campaign to fight against racism, sexism and corporate domination.

“Bernie’s campaign offers the opportunity to fight back. He has opened up an urgently needed debate about an alternative to capitalism, democratic socialism.

“We need a vibrant and visible campaign in every workplace, campus, and community that actively takes up low wages, racism and environmental destruction. We need public meetings and protests connecting Bernie’s campaign to the struggles against injustice created by the system.

“We can begin to build a new, lasting, and powerful force – based on the independent power of working people and not big business – that can lead a fight back against the billionaire class and their politicians from both parties after the 2016 election is over.”

Since its launch in early January, #Movement4Bernie (M4B) has hosted actions and meetings across the country. This has ranged from a mock debate between Hillary and Bernie supporters at Northeastern University in Boston, meetings on strategies to win Bernie’s political revolution in Philadelphia and Democratic debate watch parties in multiple cities. All of these have seen the M4B initiative and socialist politics gain an echo with a section of Bernie supporters, young people, union members, activists from other struggles and many people who are new to left politics in general.

Socialist Alternative and #Movement4Bernie are taking the lead in organizing these events in a number of cities including Chicago, Seattle, Boston, Philadelphia and Minneapolis. These rallies will include Socialist Alternative speakers linking the fight for Sanders’ key demands to the need for a socialist transformation of society, as well as speakers from the Fight for 15, the black liberation struggle and others. In Chicago in particular, the march carries extra importance, as it is linking up with the developing #ResignRahm movement calling for the resignation of Chicago Mayor (and Hillary Clinton ally) Rahm Emanuel.

The #Movement4Bernie initiative could have an important role to play going forward. The increased attacks on Sanders from Hillary and her allies are a risky strategy but a panicked Democratic establishment sees little choice but to fight back in face of Sanders’ regained momentum. Socialist Alternative believes that for Sanders to win the nomination requires a political upheaval and the development of a force that can withstand all the establishment’s resources. If he doesn’t win the Democratic nomination, Sanders should keep going as an independent and not support Hillary. #Movement4Bernie is a rallying point for all those who see the need to keep going and to build a new party of the 99%.