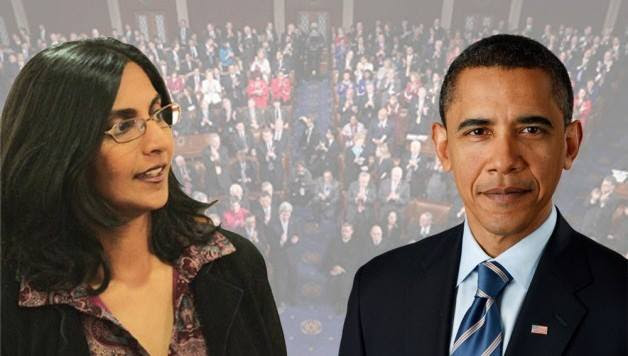 Sisters and Brothers,
Obama’s final State of the Union was filled with optimism for the future of the United States. I share this confidence, but for very different reasons. My confidence is based NOT on big corporations or the prosperity of Wall Street and its billionaires. It is based instead on the immense potential power of American workers, of the 99%, to fight for a better society against the Billionaire Class, whose limitless greed threatens our society and our planet.

I have hope because of the Black Lives Matter movement, which has broken the silence on systemic racism, mass incarceration, and police brutality.

I draw inspiration from the growing movement in Chicago demanding Mayor 1%, Rahm Emanuel, resign. This mayor, who was previously Obama’s Chief of Staff, has fought viciously over his tenure to do the greatest possible damage to unions and to public education. His cover-up of the brutal police murder of Laquan McDonald further reveals the corruption of the Democratic Party machine that runs Chicago and many other urban centers. What is new is the mood of resistance and revolt of young people.

I am optimistic because of the courage shown by Fast Food and low-wage workers striking for a 15 dollar minimum wage, who are winning in dozens of cities and states; By the tens of thousands of dreamers, young undocumented immigrants, who are standing up, insisting that this is THEIR country and are demanding full democratic rights; By the incredible groundswell of support for Bernie Sanders and his call for a political revolution against the Billionaire Class, with an unprecedented one million people donating and hundreds of thousands attending rallies in almost every corner of our nation; By the courageous activists who stood up against the Keystone XL pipeline and won! even when establishment politicians poured scorn on their efforts and sent in the police to arrest them.

Under Obama’s two terms in office the Wall Street barons who crashed the global economy, who needed to be bailed out and rescued with our money – these same gangsters have not only walked away free, but have taken the lion’s share of the recovery. America’s 20 wealthiest people — a group that could fit comfortably in one luxury jet –­ now own more wealth than the bottom half of the American population combined, a total of 152 million people. These same billionaires are bankrolling the political establishment of both major parties. Congress isn’t regulating Wall Street. It is Wall Street that controls Congress.

On our side, we see a trillion dollars in student debt, we face poverty wages, and insecurity even for those who still have decent paying jobs.

Despite so many hopes, rather than overcoming the gulf between the classes, Obama’s legacy is not less but MORE income inequality. Inequality has grown four times faster under Obama than under Bush. Obama joked tonight about job security and longevity for US Congress members. But for millions of American workers, it is no joke that most of us have no job security or retirement.

As the crisis in the Middle East grows, many Americans now fear terrorism from ISIS. My heart goes out to the victims and families in the horrific attacks in Beirut, Paris, and San Bernardino. There needs to be a strategy to stop terrorism. But there will not be a solution without ending the unjust wars, the drone strikes, the ongoing support for oppressive regimes in the Middle East which allow Western corporations to exploit the region and keep the masses of people impoverished. Neither the Bush wars, nor the legacy of Guantanamo Bay, nor the US backing of right-wing fundamentalist regimes like the dictatorship in Saudi Arabia, were ended by the Obama administration.

Bloody U.S. imperialist policies in the Middle East have led to the deaths of millions – American, Iraqi, and Afghan working people. And now to the greatest refugee crisis in world history. Instead of relying on reactionary regimes, I advocate a socialist strategy of supporting the self-organization of people in trade unions, in mass movements, in the best traditions of the Arab Spring. Our real allies are our fellow workers and the poor of the Middle East – whether Muslim, Jewish, Christian or atheist – who oppose the regimes of Saudi Arabia, who oppose dictators like Jordan’s king, and who suffer under ISIS as well as under Assad’s regime. We need to mobilize against wars and terror, to put international solidarity of the 99% front-and-center.

This past year, the bigotry and arrogance of billionaire Donald Trump has dominated coverage of the U.S. presidential race. We must stand up to, and organize in the streets, against the Republican right wing’s racist, sexist, and anti-worker agenda. But what fuels support for this agenda? It arises out of the falling living standards of working people and the growing hatred of the political establishment.

As workers living standards fall, there will inevitably be anger that requires a political outlet. It can not be stopped on the basis of supporting establishment, pro-business politicians. We need to offer a clear alternative to defend the rights of working people, the interests of the 99%. That means we must also oppose Hillary Clinton, warmonger and Walmart candidate for the Democratic Party. It would be great to have a female president to fight for women’s rights. Unfortunately, Hillary Clinton will not deliver on that. If the 99% have to choose between two Wall Street candidates for president, it is far more likely workers and youth will stay home, and the Republicans may win.

Bernie Sanders is giving voice to the enormous desire for progressive change. Many of Bernie’s supporters are excited to support a self-described democratic socialist candidate.

But what is socialism? Millions are asking. A socialist society would put people before profits, the environment before big oil. In which the resources of the major corporations are taken into democratic public ownership, rationally planned for the needs of society as a whole.

I am not a Democrat, but I would welcome it if Bernie Sanders were to win the Democratic nomination, as this would be a major blow to the political establishment and to corporate politics. But Sanders will face huge obstacles in the undemocratic Democratic primaries, which are tilted towards Hillary Clinton. Defeating Clinton and the Wall Street interests behind her will require Sanders supporters build a massive new grassroots political force capable of waging a fierce battle against the Democratic Party machine at every level of American politics. Effectively, this means building a new left political party out of Sanders’ campaign that can continue to organize and fight beyond the elections. Even if big business and the Democratic establishment were unable to block Sanders in their primary, there is no way they would accept having someone representing working people’s interests at the head of one of their two parties.

If they failed to force Sanders to make major political concessions, they would go all-out to sabotage him in the general election campaign, preferring to see a Republican win.

If you are electrified by Bernie’s message, you should not support Hillary if Bernie loses the primary. Endorsing Hillary would be a surefire way to demoralize, demobilize, and wreck the movement building up behind Bernie.

I would instead urge Sanders to continue running as an independent all the way to November, for example on the Green Party ticket with Jill Stein. But our immediate task, of course, is to relentlessly push forward the grassroots energy around Bernie. Win or lose, the most important legacy of this historic campaign will be whether it builds an ongoing political movement against the billionaire class. It is time for something new. The 99% needs its own political party that unambiguously fights for our needs. We need to build a tool to fight back against the Billionaire Class – to save humanity and our planet from the failed system of capitalism – and to fight for a socialist world.

Get in touch with us at SocialistAlternative.org. Please make a donation, sign up, and get involved.

Let’s turn 2016 into a year of powerful movements of workers, youth, of people of color, of LGBTQ people.

To fight for a $15 minimum wage nationwide, for a minimum of 12 weeks of paid family leave for all workers, for taxing the rich, and for democratically elected community oversight boards with full powers over the police.

Eugene Debs, the great American Socialist, once said: “The issue is Socialism versus Capitalism. I am for Socialism because I am for humanity. We have been cursed with the reign of gold long enough … The time has come to regenerate society.”