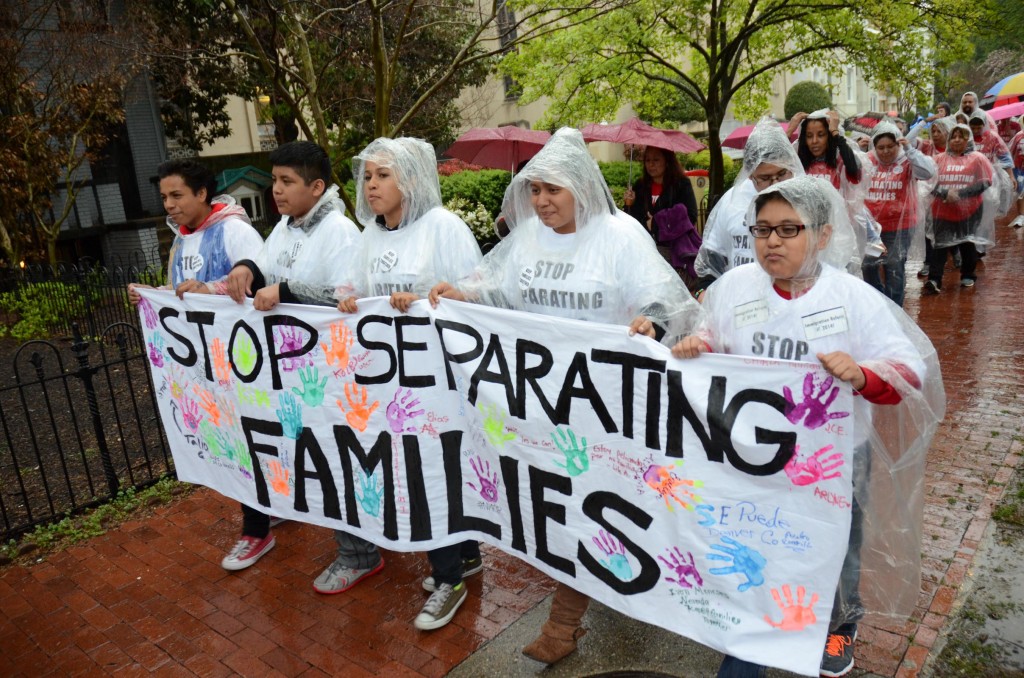 Donald Trump’s racist call for the mass deportation of 11.2 million undocumented immigrants is stirring up popular outrage among immigrants and progressive workers. More outrageous than Trump’s racist rhetoric is the lack of response from the Republican establishment. Even top Democrats have limited themselves to dismissive quips against Trump, completely failing to articulate a full-throated defense of immigrant rights.

But even if Trump himself deserves only ridicule, the impact of his campaign in whipping up racist, anti-immigrant ideas is no laughing matter. Realistically, carrying out Trump’s deportation policy would require methods reminiscent of the Gestapo. A 38 second infomercial, produced by AJ+ and watched by 2.6 million people, laid out the implications: “What exactly would deporting 11.2 million people look like? That’s roughly the populations of New York City, San Francisco, Boston, Seattle, and Detroit combined. Like other times the U.S. has forcibly removed people en masse, the U.S. would likely have to deploy the army. The army would have to run around the country, rounding people up, putting them in massive holding centers and then shipping them on trains, buses, ships, and planes.”

The last time the Republican right made a serious proposal for mass deportations was in 2005, when the House of Representatives passed the “Sensenbrenner Bill.” That threat sparked the largest wave of protest in U.S. history – millions took the streets across the country demanding full legalization for undocumented immigrants. A political strike on May 1, 2006, caused widespread workplace closures as millions demonstrated what “A Day Without Immigrants” in America would look like.

In reality, big business has no interest in mass deportations. Huge sections of the American economy, from agriculture to meatpacking, and food service to janitorial, rely on undocumented immigrant labor. At the same time, big business does have an interest in whipping up racist attitudes to prop up a system of super-exploitation of immigrant labor. The threat of deportation is regularly used to crush unionization drives among immigrant workers.

We need to build a new movement on the scale of what happened in 2006 to win equal rights for all immigrants and to transform the racist attitudes among big sections of the U.S. working class. The unions could play a crucial role, answering Trump’s racist appeals with calls for mass demonstrations for immigrant rights.

Trump’s right-populist appeals are able to win support among some workers because of their genuine economic insecurities caused by the economic crisis and unresolved in the “joyless recovery” over the last six years. However, a mass movement led by immigrants, trade unions, and other progressive forces could dramatically undercut support for racist ideas. This is exactly what happened in 2006 when millions in the streets defeated Sensenbrenner although the the movement was unable to win its broader goal of full rights for all immigrants.

As we said at the time, this required other sections of the working class to be mobilized around a common program based on the idea that through unity we can all move forward and end the bosses’ attempts to use division to keep us all under their heel. Today, such a movement would need to link the call for legalization of all immigrant workers with broader demands for a $15 an hour minimum wage, taxing the rich to fully fund education and social services, and a massive jobs program to address the continuing unemployment crisis.