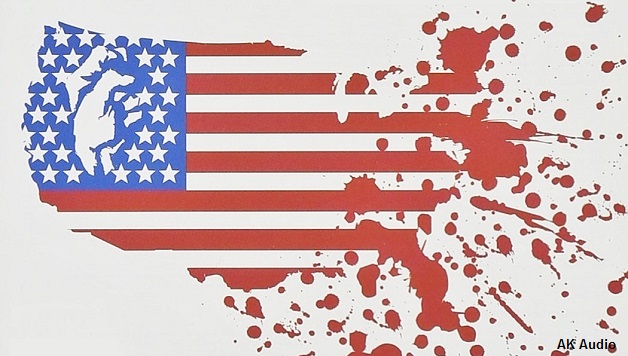 “The ideas of the ruling class are in every epoch the ruling ideas, i.e. the class which is the ruling material force of society, is at the same time its ruling intellectual force.”

A People’s History breaks through this rule, in both method and content. It helps undermine capitalist ruling ideology by simply turning it on its head.

We’re normally taught the top-down history of “great men,” or of ideas somehow competing equally in a vacuum of “objectivity,” or of capitalism as a “natural” state of human society – or all of the above.

Zinn’s History examines U.S. history from a different perspective – influenced by Marxism and anarchism and stressing the words and actions of non-rulers, the vast majority of people, the 99%.

It’s an unusually interesting introduction to U.S. history, a surprising one for many youth. It debunks myths Americans are indoctrinated with at a young age. Figures such as Columbus (gold-crazed murderer), or the Founding Fathers (slave masters), and others are exposed.

A People’s History is useful for activists who want to begin a conversation about class society and socialism in the context of U.S. history, especially a conversation with those who aren’t familiar with activism or radical politics.

One example from the book:

“Eugene Debs had become a Socialist while in jail in the Pullman strike. Now he was a spokesman of [the Socialist Party, which] … had 100,000 members, and 1200 office holders in 340 municipalities. Its main newspaper, Appeal to Reason, had half a million subscribers… There were fifty-five weekly socialist newspapers in Oklahoma, Texas, Louisiana, Arkansas, and summer encampments that drew thousands of people.”

“[The] circumstances of my own life…demanded of me a new kind of history. By that I mean a history different from what I learned in college and in graduate school and from what I saw in history texts given to students all over the country.”

-Howard Zinn, A People’s History of the United States

Friedrich Engels: A Revolutionary Thinker for a World in Turmoil

ABOUT US
Socialist Alternative is a national organization fighting in our workplaces, communities, and campuses against the exploitation and injustices people face every day. We are community activists fighting against budget cuts in public services; we are activists campaigning for a $15 an hour minimum wage and fighting, democratic unions; we are people of all colors speaking out against racism and attacks on immigrants, students organizing against tuition hikes and war, people of all genders fighting sexism and homophobia.
Contact us: info@socialistalternative.org
FOLLOW US
© Socialist Alternative 2020 | All rights reserved
2 Shares
Tweet
Share2
Pin
Share