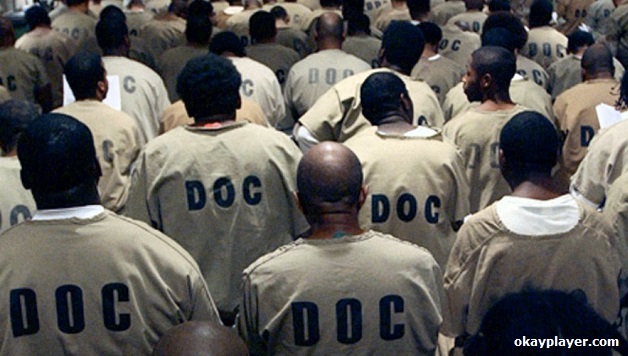 The Black Lives Matter movement has brought into public debate the issue of police killings of black people and rampant racism in police departments. But this is only the most public expression of a far deeper structure of mass criminalization and incarceration of black people rooted in an even deeper racism that is built into the foundations of U.S. capitalist society. Beginning with the capture and forced transportation of Africans to America to work on slave plantations, the ruling elite in America has enforced second-class citizenship on the African-American population. Within 15 years of the overthrow of slavery, a new racist set of discriminatory Jim Crow laws had been consolidated in the South. The Jim Crow laws established a new legal form of exploitation of black people by restricting their right to vote, attend public schools, and use public resources.

As depicted in the recent movie Selma, it took the heroic mass struggle of the Civil Rights Movement of the 1950s and 1960s to remove the Jim Crow laws in the South. However, the ruling elites were not about to abandon the racist polices that had served their interests so well. Their biggest fear was that black and white workers and poor people would see a common interest in opposing the rich elite, who had built fortunes from exploiting their labor. An integral part of conducting these racist policies has been the need to manufacture a sense of superiority among poor whites who, though they also were doing badly, were told that they were better off than poor and working-class blacks. Beginning with conservative Republican politicians in the late 1960s, a new system of mass incarceration – this time tied to the newly-launched “War on Drugs” – was introduced. However, this policy had nothing to do with reducing drug use. For example, there is a high level of cocaine use among well-off white executives, but there is no policy of systematic harassment and arrest of them. Instead, the “war on drugs” was created as a weapon aimed to re-establish the mythology and stigma of “black criminality” that has been a core ingredient of the racist narrative in the U.S. It was also a direct attempt to undercut the radicalization of a generation of black youth coming out of the black liberation movement of the ‘60s and ‘70s and to prevent them linking up with radical-minded white youth.

In a previous issue of our paper, Eljeer Hawkins states, “Today both parties of big business – Democratic and Republican – follow policies that criminalize black and brown youth using this same strategy of associating blacks as ‘criminals,’ ‘welfare queens,’ and ‘menaces to society.’ This method of social control is so normalized in U.S. society that it’s not even critically questioned by the mainstream. Crime and drug activity have been racialized, despite similar crime rates among different ethnicities and whites” (“Book Review: The New Jim Crow,” 18 Nov 2012).

The so-called War on Drugs was directed overwhelmingly at one section of the population: black citizens. Whipped up by sensational and false newspaper headlines about crack cocaine addiction, sweeps began in black neighborhoods. High arrest numbers were then used to justify the continuation of the policy. Backed up by Supreme Court decisions, systematic arrest of black youth for standing on street corners was then justified. Extremely long mandatory minimum prison sentences were established for low-level drug dealing and possession of crack cocaine. Blacks and Latinos, who account for a quarter of the general population, make up 58% of the prison population. Black Americans are only 12% of drug users, yet they are 38% of those arrested and 59% of those incarcerated in state prisons for drug offenses.

A growing fight-back against these racist policies has opened up debate about the need for reform. In New York City, Bill de Blasio was recently elected mayor partly because of his promise to end the hated “Stop and Frisk” program. While de Blasio has scaled back Stop and Frisk, he has not stepped back from the underlying policy of aggressive policing in black neighborhoods. He brought back former police commissioner William Bratton, the mastermind behind “Broken Windows.” This aggressive policing doctrine of harassment and arrest for minor crimes continues to maintain the New York Police Department as an occupying force in the black community. It was the policies and training of the NYPD and big business that led directly to Eric Garner’s death. These policies, centered on aggressive policing in black neighborhoods across the country, were further exposed in the recent Justice Department report on Ferguson.

In her groundbreaking book The New Jim Crow: Mass Incarceration in the Age of Colorblindness, Michelle Alexander correctly argues that these new drug laws and the wider criminal justice policies that surround them represent a new Jim Crow policy of mass incarceration. She explains, “people whose only crime is drug addiction or possession of a small amount of drugs for recreational use find themselves locked out of the mainstream society and economy – permanently” (p 92). Upon release from prison, these men and women are systematically denied voting rights, employment opportunities, federally funded public assistance, and housing, rendering them outcasts in U.S. society.

This demonstrates the urgent need for the movement to also address the economic roots of poverty that afflict large sections of the black community, as well as the Latino, white, and Asian communities. By linking the struggles against racism and poverty, we can build unity among workers irrespective of color or race. But we also need to fight to end the root causes of these problems: capitalism, a system that perpetuates poverty and racism. We need to replace it with a society based on cooperation and solidarity: democratic socialism.