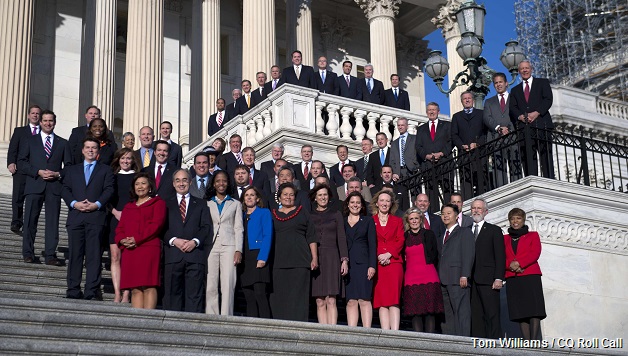 On January 22, the House of Representatives passed the No Taxpayer Funding for Abortion and Abortion Insurance Full Disclosure Act of 2015 with a vote of 242-179. This legislation would prevent all federal funding for abortions, including Medicaid coverage and insurance plans provided through the Affordable Care Act. We must recognize that this is a part of a direct offensive against working women.

While many are praising the GOP for pausing their crusade for a 20-week abortion ban, this so-called “legislative compromise” must be challenged. After many female GOP lawmakers objected to a provision within the 20-week ban bill that would only exempt rape victims if they reported the attack to the police, House Republican leaders decided to instead vote on this bill as a “middle ground”.  This “moderate” bill was passed with the clear intention of further subordinating poor women by creating more financial obstacles to a legitimate medical procedure.

According to the Guttmacher Institute, 42% of women who obtain abortions have incomes below the federal poverty level. Similarly, the most common reason cited by women terminating their pregnancies is their inability to afford the cost of raising a child. As a result, legal barriers to abortion do not impact all women equally. Wealthy women have always been able to afford private physicians or travel to other states or countries. On the other hand, working-class women are the most likely to seek an abortion, and the least likely to have access to one.

Democrats are threatening to filibuster this bill in the Senate, and, if it passes, Obama will likely veto it, but these efforts will not slow the growing attempts to create legal and financial barriers to abortion.

The Democratic Party presents itself as the “lesser-evil” to obtain the loyalty of pro-choice voters.  However, it is evident that they aren’t willing to stand as uncompromising and unrepentant supporters of a woman’s right to choose. In the negotiations around Obamacare, the Democrats repeatedly promised (1) (2) to prevent abortion from being covered. In Texas, Senator Wendy Davis (D) rose to fame for her strong objection to anti-choice legislation in the Texas Legislature. Just a few months later, she reversed course and  “clarified” that she would support a 20-week ban.

Women, workers, and youth must initiate steadfast resistance to these burgeoning right-wing attacks without relying on the two-party system. Using the same energy and initiative from #CarryTheWeight, we need to continue to build a bold movement to combat the barrage of reactionary legislation from Republican politicians.

We must fight for a major expansion of women’s reproductive health care and defend a woman’s right to choose when or whether to have children. We need to demand accessible, free abortions under a publicly funded, single-payer health care system. Likewise, we must demand maternity and paternity leave and fully subsidized high-quality child care for the working men and women who choose to have children. Through building a mass workers’ party to fight for our interests, we can strive for a world where our children have access to food, shelter, clothing, health care, and living wage jobs. When we unite and organize, we can win!