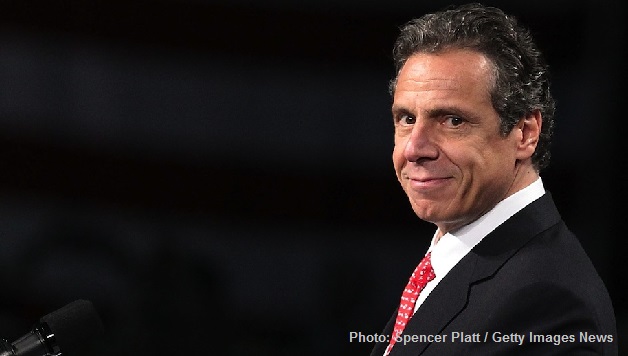 Little other than shame can be directed at the leaders of New York’s “Working Families Party”(WFP) for their decision to support Andrew Cuomo – again. Four years ago they gave him their ballot line under acute pressure from Democrats and union officials (who financially back the organization). Since being elected Governor his “gifts” have been public sector take-backs, reduced taxes on the wealthy, denying cities the right to set minimum wages, and an expansion of charter schools. As one of the nation’s most prominent Democratic “centrists” with presidential ambitions, Cuomo’s biggest backers are also Wall Street banks, which have “help[ed] him build a campaign treasury in excess of $30 million” (Washington Post, 6/5/14).

At the same time, 41% of delegates at the recent Working Families Party convention voted against Cuomo and for Zephyr Teachout, a liberal professor who opposes Cuomo’s subservience to Wall Street. She has now declared she will challenge the governor in the Democratic primary. The developments in the WFP reflect the broader shift to the left that has led to many developments. These include the election of an open socialist, Kshama Sawant, to the Seattle City Council and the emergence of a clearer left-populist wing of the Democrats including prominent figures like Senator Elizabeth Warren and Bill de Blasio, the recently elected mayor of New York City.

Clearly a wing of WFP activists were preparing to leave the organization over the question of endorsing Cuomo. Cuomo, desperate not to have a WFP-endorsed challenger from the left after a poll showed such a candidate could get over 20%, was forced to make progressive-sounding “promises” which he will renege on at a moment’s notice. Despite limitations, this situation creates an objective opening for the genuine left and the development of working class campaigns–particularly the fight to raise the minimum wage to $15.

But important questions remain. First, is the WFP a vehicle for “pressuring” Democrats into enacting pro-worker policies? Or does it just breathe life into decrepit big-business politics? Second, what is the way forward for working people fed up with Democrats and the WFP leadership? Should we support left challengers like Teachout in the Democratic primaries? Or should we break completely from the parties of big business and back independent candidates, like Howie Hawkins of the Green Party? For socialists, the answer is clearly the latter.

At first glance Cuomo’s renewed endorsement by a party claiming to represent “working families” appears a massive contradiction. And it is. But the WFP, as well as commentators such as Jarret Murphy of The Nation and Ted Fertik of Jacobin, claim it as a victory. In return for the WFP ballot line Cuomo “promised” to support several things: pass public financing for state-wide elections, decriminalize marijuana, increase funding for public schools, raise the state minimum wage to $10.10 (and allow cities to raise theirs by 30% more), pass a Women’s Equality Act, and provide financial aid to undocumented college students.

This all sounds good, but unions and activists have poured money, support, and votes into big-promising Democrats in almost every election since the 1930s and received very little in return. In 2008 millions of working people, youth, and union dollars were turned out for Obama, who talked highly of “single-payer” healthcare and the Employee Free Choice Act (EFCA). Once in office, he gave us the “Affordable Care Act” which is anything but single payer and EFCA died a silent death. But Wall Street got bailed out to the tune of $800 billion! What is there in Cuomo’s record to make anyone think he will behave differently? Nothing. And once in office (again) neither the WFP, “progressive” Democrats, nor any other group pursuing “inside” politics will have any leverage to make Cuomo keep his word. As Jarret Murphy aptly put it, “Both the governor and the WFP…need[ed] something from the other. The governor walked away with what he wanted. The party got an IOU” (The Nation, 6/2/14).

“Working Families”: A Party of Cooptation

The Working Families Party sounds good in name. Its official commitment to raising wages and providing better access to healthcare and housing also align with the needs of workers and youth. Yet its origin in the late 1990s – as well as its track record since – provide insight into its underlying purpose.

In the mid-1990s, frustration with the Democrats for their continuation of neoliberal policies led to an upsurge in political activism, culminating in the formation of the Labor Party in 1996. This party was beginning to engage in a serious discussion about standing its own candidates, particularly in New York, and openly challenging Democrats’ claims to be “friends of labor”. To counter this, Democratic leaders and conservative union officials in New York State moved to undermine the Labor Party’s potential. Using New York’s unique electoral-fusion laws that allow third parties to transfer votes to mainstream candidates – but using their own ballot line – the WFP was formed in 1998. In almost every election since, the WFP has transferred its votes to Democrats, including Eliot Spitzer in 2006 and Barack Obama in 2008 and 2012 – though in a few cases the party has even endorsed Republicans!

Insiders claim the WFP is working on a “30-year plan” to push Democrats left. But what working person can wait 30 years for meaningful change? Landlords won’t even wait till next month! WFP leaders’ push to re-endorse Cuomo reveals the true function of their organization: co-opting dissatisfied workers and activists back into the Democratic fold.

To be clear, Andrew Cuomo’s “promises” – if enacted – would represent real gains for workers. Socialists fight tooth and nail for every improvement possible under capitalism, but we’re painfully well aware that no gain is won without struggle and no reform is permanent. Just this month a historic bill was passed in Seattle that will implement a city-wide minimum wage of $15 an hour by 2018. This huge breakthrough was achieved through a mass-action campaign spearheaded by Socialist Alternative and Seattle City Council member Kshama Sawant. Collective action outside of accepted channels, or the threat thereof, is the only way to get things done under capitalism. Without it Cuomo won’t fulfill the WFP’s hopes – the $30 million given to him by Wall Street is there to make sure that he doesn’t.

It is understandable why many are attracted to Zephyr Teachout’s campaign in the Democratic primary. Her campaign website states: “We will force Governor Cuomo to defend his record of deep education cuts, his tax cuts for banks and billionaires, his refusal to ban fracking, and his failure to lead on the Dream Act.”

We would argue, however, that the political fight for working people’s interests requires not just opposing Cuomo as a particularly odious right-of-center Democrat but opposing corporate politics in general. It is crucial to recognize that the Democratic Party is not a “big tent” that welcomes left ideas: it is a centrally controlled, corporate-funded party that traces its origins to Southern slaveholders. The longer left forces try to reform it from within, the longer they perpetuate illusions which have been shattered time and again. Even the recent example of Bill de Blasio in New York City shows the severe limitations faced by left populists in office. This is because establishment Democrats of all stripes refuse to countenance social struggle, the only way that real change is achieved.

What working people need is an independent political force to represent their interests. In the governor’s race, there is an independent left candidate, Howie Hawkins of the Green Party. A member of the Teamsters and a long-time fighter for workers’ rights, expanded public services, and environmental action, Hawkins puts the $15 minimum at the center of his platform, as well as a massive public works program and an end to hydro-fracking and charter-school expansion. He also takes zero money from corporations (see full platform here). For New York workers and youth fed up with the status Cuomo and with the WFP leadership for supporting him, Howie Hawkins and the 15 Now campaign provide a fighting alternative.