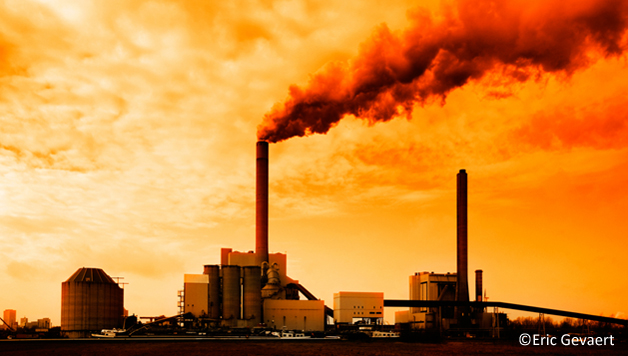 PROTEST THE UN CLIMATE SUMMIT IN NYC, Sun. Sept. 21
Join what is anticipated to be the largest-ever U.S. environmental protest! Called by Bill McKibben, 350.org, and many others, our protest will demand real action from world leaders at the United Nations Climate Change Summit.  Join us in New York City Sun. Sept. 21 and bring as many people as you can.

We have all heard the horror stories of global climate change and how it will affect the world. Scientists speak of countries like Bangladesh being under water in the next hundred years, but what can we expect here in the US?

In May, the White House released its third National Climate Assessment, a report by multiple government agencies, that is the product of years of work by over two hundred climate scientists. For the first time, the National Climate Assessment looked at each region of the U.S., describing the current effects from global warming and what we can reasonably expect over the next century:

If you live in the northeast, there will be coastal flooding that will affect the majority of inhabitants, and heat waves that will disproportionately affect urban residents, especially the poor.

In the Southeast, sea-level rise, increased risk from extreme hurricanes, and decreased availability of freshwater are expected to overwhelm the population.

In the Southwest, we can expect record numbers of droughts and wildfires.

In the Northwest, warmer winters means mountain snow caps will melt, with terrible consequence for water supply, hydroelectric energy production, and fish populations (so much for the salmon).

Air quality has dropped with the coal and nuclear power industries taking over the Midwest. And though the corn-growing season has been lengthened, extreme weather events like droughts, floods, and heat-waves are offsetting any gains made in crop yields.

A Pebble in the Path of Giants

Acknowledging the disturbing findings of the assessment, President Obama promised to make efforts to address the issue of climate change.

“…those who are already feeling the effects of climate change don’t have time to deny it – they’re busy dealing with it,” said the President last year. Yet, he has continued the trend of presidents making commitments and promises and attempts to try to tackle global climate change and regulate CO2. Yet, this same president brags about the largest expansion of oil drilling in a generation.

In a video made by the White House to address childhood asthma, Obama praises his new plan to cut emissions from coal power plants – a step in the right direction for both the environment and racial justice as, according to the CDC, 1 in every 100 black Americans have asthma whereas for white Americans it is 1 in every 1,000.

But almost everyone acknowledges that Obama’s new regulation is just a pebble thrown in front of the fossil fuel giants, drunk off their profits, and stumbling toward climate catastrophe. What we need instead are massive boulders and mountains preventing these giant corporations from driving society into the abyss.

Obama speaks of homes going solar and people driving their cars further on a gallon of gas. This does nothing but shift the blame of CO2 emissions from the corporations to consumers.

However, the factories are the ones that release record high amounts of carbon into the air, which coincidentally go along with their record high profits. A recent report showed that just 90 companies are responsible for 2/3 of all emissions! (The Guardian, 11/30/2013)

Obama and other Democrats call for “market solutions” to deal with global warming. They advocate a “cap and trade” system or carbon taxes, which attempt to incentivize private profit-driven corporations to reduce emissions and invest in renewable energy. But because the Democrats do not challenge the capitalist system and corporations’ right to profit, their market “solutions” have barely reduced CO2 emissions.

If affecting corporate profits is the only way we can stop the devastation, maybe we should reconsider whether we should have an economic system centered on profits in the first place.

Instead of fighting for regulations that hopefully bring about the right behavior, socialists call for nationalizing the oil, gas, and coal companies, bringing them under control of democratically accountable representatives of workers and the public to eliminate the thirst for profit and to better regulate emissions.

This would allow workers to use the resources to immediately invest in renewable energy projects, creating millions of jobs and putting our future on a sustainable path.

However, as the report indicates, both mitigation of and adaptation to climate change will require massive investment in renewable energy and infrastructure changes that can withstand the sea level rise, storms, flooding, and heat-waves that are expected.

History shows us that radical change is only possible when tens of thousands of ordinary people unite in movements demanding their rights. Witness the recent grassroots movement, 15 Now, that won the highest minimum wage in the country in one year. To build a powerful movement, environmentalists and labor must unite forces to demand democratic control of energy resources and investment in green jobs.

The root cause of climate change, the capitalist system centered on maximizing profits at the expense of human lives and the environment, is a barrier to a safe, sustainable future and economic security for millions of people.

We will only be free of both economic and environmental crises if we toss the capitalist system and build a democratic socialist society in its place. The only way to guarantee a habitable planet, where every human is guaranteed a high standard of living and a clean environment, is to struggle for a socialist world.

The immediate challenge is to mobilize hundreds of thousands of people for a massive protest in New York City on Sun. Sept. 21st and Mon. Sept. 22nd called by Bill McKibben, 350.org, and many other organizations to demand real action from world leaders at the UN climate summit.