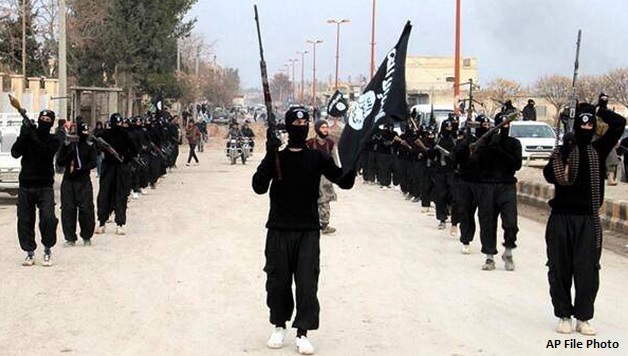 The Islamic State in Iraq and the Levant (or Syria) (ISIS) continues to make territorial gains, controlling much of western Iraq along the border with Syria. The Sunni jihadist force has seized a border crossing into Jordan – a key ally of the United States – and captured Iraq’s largest oil refinery outside Baij.

Just under two weeks ago, Iraq’s army, riddled with corruption and reviled as a sectarian Shia force by Sunnis, ignominiously fled in the face of the better-armed and disciplined ISIS-led forces. ISIS was lavishly funded and armed by the reactionary Sunni Gulf states in its fight against the Assad regime in neighbouring Syria. Now, the Frankenstein’s Monster, which began life in Iraq during the western occupation, has surged back into Iraq, exploiting the hatred of Sunnis for the sectarian, corrupt and oppressive Maliki regime in Baghdad.

ISIS’s initial force of around 6,000 has been bolstered with new recruits, including foreign fighters arriving from Syria and hundreds of freed prisoners. No wonder David Cameron’s government fears the ‘blow-back’ of jihadist fighters returning to Britain.

In response, Moqtada al-Sadr, leader of the Mahdi Shia militia and Iraq’s highest Shia authority, Ayatollah al-Sistani, made a call to arms. Twenty thousand volunteers took part in Shia militia parades in the vast Shia slums of Sadr City, in Baghdad, on 20 June, promising to act “in defence” of Shia shrines in several cities. The sectarian character of this ‘nation-building’ event was expressed by the many Shia flags displayed and Shia hymns played over loudspeakers. “Here, as elsewhere in Baghdad, the Mahdi army clearly held primacy over state institutions”, reported the Observer (22 June).

At the same time, Kurdish military forces have clashed with ISIS but have also taken advantage of the crisis to capture territory they dispute with Arabs.

The ISIS offensive has features of a general Sunni revolt but the jihadist’s alliance with Ba’athists, former army officers and Sunni tribal leaders, is very shaky. Previously such alliances broke down violently. There are already reports of tensions on the ground, as militias compete for dominance.

Although these forces are also unlikely to make big advances into Baghdad or other majority Shia areas, it does not mean a quick end to conflict. A Pentagon adviser predicted that in this scenario “we’re heading for a grinding guerrilla war that’ll last a long time, with extremely high death rates, that could end up sucking in more of the neighbours” (Time magazine, June 30)

For the moment, many residents in ‘liberated’ areas welcome the back of the sectarian Iraqi armed forces. So far, ISIS has not imposed severe Sharia law in most of the areas it has captured, probably to avoid alienating moderate Sunnis. But if ISIS control is consolidated, these communities will fall foul of its ultra-reactionary rule, which is already oppressing women. ISIS recently used social media to depict the crucifixions of opponents and what it claims was the shooting of over 1,000 captured Iraqi soldiers.

The military situation is fluid but it is clear that Iraq is in the process of disintegrating along sectarian, national and ethnic lines. Patrick Cockburn, the veteran Middle East journalist, wrote, “Iraq has effectively broken up” and he ominously adds “and some people are on the wrong side of the line,” (Independent, 22 June). The bodies of victims of sectarian death squads are reappearing on Baghdad’s streets, raising the specter of vicious sectarian civil war of the mid-2000s.

The break-up of Iraq will have catastrophic consequences for the future of neighboring countries, like Jordan and Lebanon, and across the region. “With lightning speed, ISIS, has begun to erase the Middle East map drawn by Europeans a century ago,” comments Michael Crowley in Time Magazine (30 June).

White House spokespeople and the former British Prime Minister, Tony Blair, absurdly claim that the current Iraqi crisis has nothing to do with western policies. But Western imperialism, historically and recently, is primarily to blame for sectarian and national divisions and the sectarian bloodletting. Iraq was created by the British and French imperialism out of the disintegrating Ottoman Empire in the aftermath of the First World War, by drawing borders without any regard for religious, national and ethnic sensitivities.

Iraq’s sectarian and ethnic fault lines became a chasm after George Bush and Tony Blair’s ‘blood for oil’ 2003 military invasion and occupation, which left 100,000s of Iraqis dead and injured, as well as thousands of western troops, created four million refugees and destroyed the country’s infrastructure . The Ba’ahtist regime of Saddam Hussein, which was based on the minority Sunni population, was overthrown by the occupiers and the state apparatus and army dismantled. Facing popular resistance, the Western powers deliberately stoked up sectarian divisions to counter insurgency.

Since 2006, the western-supported Shia prime minister, Nuri al-Maliki, presided over sectarian discrimination, torture and imprisonment without trial. Maliki deployed sectarian rhetoric to take attention away from the atrocious conditions facing all Iraqis – institutionalized corruption, escalating violence, insecurity, mass poverty and joblessness and intermittent electricity and water supplies. The forcing of a leading Sunni minister into exile triggered popular protests in Sunni areas in December 2012 and early 2013, which the authoritarian regime brutally suppressed.

In the absence of a united workers’ movement to draw together general opposition to Maliki from all quarters, the reactionary ISIS was able to step into the political vacuum.

Proving the dictum attributed to Lord Palmerston, “We have no permanent allies, we have no permanent enemies, we only have permanent interests”, the US and Iran – whose competition for influence in Iraq are greatly responsible for today’s catastrophe – find they are have common purpose, saving Iraq from ISIS takeover.

Shia militias closely linked to Tehran are resisting ISIS. Obama sent 300 special advisers to aid the Iraqi army and warships to the area in possible preparation for air strikes. However air attacks will not dislodge ISIS from its urban bases but only kill many civilians and widen the conflict.

US Secretary of State John Kerry calls for a ‘unity’ government in Iraq and the idea of a ‘federal’ government is touted. Such a proposal may be strongly opposed by neighboring states with minorities that are either restive or in open revolt, like Turkey and Syria.

While the US and Iran both oppose ISIS, any attempt at joint strategy over Iraq is severely complicated by the fact that they support opposing sides in the Syria conflict, with Tehran backing the Assad regime and the US backing ‘moderate’ rebels. They are also still at logger heads over Iran’s supposed nuclear program.

The working people and poor of Iraq can only rely on self-organisation to end war and social misery. An independent, united working class movement is needed to organize self defense of all communities. With a socialist program, such a movement could find many regional and international working class allies in its struggle to overthrow the rotten Maliki regime, to expel imperialism and to sweep away all the sectarian, reactionary politicians and militias.