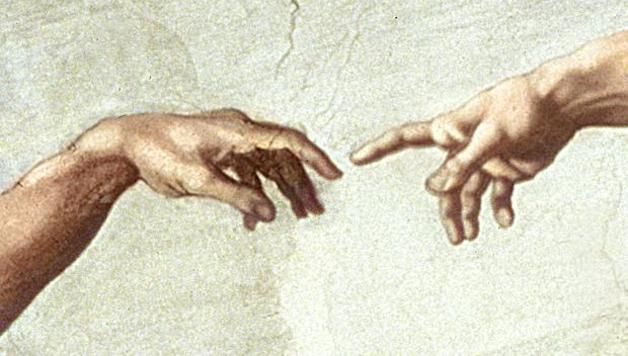 An Atheist’s History of Belief: understanding our most extraordinary invention Religion is still big news: the pope canonising previous popes before a crowd of hundreds of thousands, Hindu-based nationalism on the rise in India, armed fighters in Syria under the banner of Islam, the list goes on. The role of religion in society is an important issue of debate, and an atheist’s view should be a welcome addition.

Matthew Kneale sets out to explain how and why religion has changed, taking us on a journey from the times of hunter-gatherers right up to today. It is a lot to fit into 230 pages – too much, in fact. He has a basic premise: “As people’s lifestyles have altered, so have the things they most fear. It is the changes in our fears, I would argue, that have caused our religious ideas to change”.

Kneale describes the first known purpose-built temple (around 9,500 BCE – Before Common Era) in what is today Göbekli Tepe, Turkey. Five-metre tall, ten-ton, t-shaped limestone blocks were hauled up a mountainside and made the centrepiece of a stone circle. This was an important time. The Middle East’s climate became temperate. Hunter-gatherers began cultivating wild crops. Society became more sedentary. Populations increased.

This is what Kneale very loosely terms a lifestyle change. The domestication of animals and the beginnings of agriculture were massive leaps forward. They enabled groups of humans to rise above mere subsistence. It was a development of productive forces which allowed for the huge expenditure of time and energy building the temple.

Kneale raises the possibility that it was religion that led to the development of agriculture. But this is the wrong way round. The people of Göbekli Tepe could only have found the time to build it if they had already reached a stage of producing a surplus. In a society based on subsistence, by definition, every member is involved in hunting and gathering in order to survive.

New gods and spirits were invented to reflect new challenges – following on from the hunter-gatherer spirit world – to try to understand a world full of danger. Temple building was essential work – an attempt to influence the gods and exert some control over their precarious existence. It is linked to observations of the seasons, essential for growing crops and tracking animals, charting the course of the moon and stars, and other natural phenomena.

When it is possible to produce more than is immediately required for survival, it becomes necessary to work out how the surplus is distributed. Eventually, those with control over the surplus coalesce into a ruling elite, a state. Class-based society forms. Priest-kings and their entourage rise to the top. They are the people who hold the knowledge, have the time and state power. They have a vested interest in maintaining their position and passing it on to their heirs. To placate the gods, and reinforce the elite, ever more intricate rituals are developed.

Kneale shows that different societies in different regions came up with broadly similar ideas. There are parallel farming gods in China, Central Asia, the Middle East and Greece, as well as in the Americas, cut off from the rest of humanity for 10,000 years.

There are also similar themes for the afterlife. Initially a dismal underworld, it changes over time. In Egypt around 2,750 BCE, the Cheops pyramid was being constructed to reserve pharaoh Khufu’s place alongside the gods. Five hundred years later, heaven’s doors were opened up to the rich and powerful, for an eternity of leisure. By 1,650 BCE, even poor farmers get the chance to till small plots of land in eternal springtime.

Zarathustra, the founder of Zoroastrianism in 1,200 BCE (give or take 200 years), probably in today’s northern Afghanistan, moved from a multi-god system to two gods (one good, one evil). He introduced some now familiar ideas: prayer five times a day, paradise open to all depending on behaviour, an era of perfection led by a messiah, born of a virgin.

Sometime between 750 and 722 BCE in the northern Jewish kingdom of Israel, the idea of one god was elaborated. It is impossible to underestimate the importance of this innovation. Anyone could worship the gods of the pantheistic systems. This, however, was to be a specifically Jewish god, an essential part of building Jewish identity.

Kneale deals with the question of religious texts, which were constantly being revised, and forged. Scrolls would suddenly appear, claimed to be centuries old, ‘prophesying’ events (which had already happened!) and laying down new rules. Inevitably, they would be in response to some change in the situation. Daniel’s dream, written in the 160s BCE, was resistance literature at a time of occupation, promising triumph if the Jews kept the faith. The Christian Book of Revelation (around 95 CE – Common Era), ‘foresaw’ the destruction of the Roman empire. An apocalyptic text in the late seventh century spoke of crushing the Muslim Arabs – the rising new empire.

From the fourth century, Christianity was established as the favoured religion of the Roman empire. To achieve that, it had to change radically. Once Paul – converted after Jesus’ death – gets in on the act, it undergoes a major reworking. Paul was a hardliner, marginalising women and exercising strict ideological control. This was a process, a struggle against stubborn resistance by other Christian groups.

Kneale covers the rise of Islam, and includes sections on Mesoamerica, China and Buddhism, among other issues too numerous to include here. He draws attention to the significance of the Reformation in the early sixteenth century. Martin Luther’s declaration that faith alone was sufficient for salvation challenged over 1,000 years of church of Rome rule. Breaking the church’s monopoly unleashed an eruption of movements from below, enraged at its bloated corrupt bureaucracy.

Kneale is more muddled when he attempts to equate Nazism with religion. He describes how in 1875 Madame Blavatsky, a Ukrainian aristocrat, announced the Theosophy Movement, a mishmash of ‘alternative’ religion, spiritualism and racism. She proclaimed that there existed a pure race descended from priest kings: the Aryans. This bonkers notion was taken up by a few Austrian aristocrats and, to cut a long and tediously told story short, the idea of Aryan racial supremacy developed. This was embraced by figures such as Heinrich Himmler, who sent expeditions to Finland, Iceland, Iran and Tibet in search of proof of an ancient Aryan race.

In all this Kneale makes no mention of what was actually taking place in Germany at the time: the economic and social upheaval, or the colossal struggle by millions of German Marxists and trade union militants against the Nazis – or the Spanish revolution, the great depression, etc. This is an extreme example of a flaw that runs through his book; the interesting material is let down by Kneale’s abstract, idealistic approach.

Leaving aside his scandalous attempt to link Marxism with right-wing political Islam, his non-materialist atheism is summed up in his attitude towards it: “Yet I would suggest that perhaps the greatest allure of Marxism, to Russians, Chinese and others was neither its seeming modernity, nor its style, nor even its message that history was a process of class conflict which would lead to proletarian triumph. It was its vision of the end of the world”.

To fit his schema, Kneale casts Karl Marx as an apocalyptic prophet. But Marx did not hand down commandments to be obeyed and applied to every situation. Marxism is not a religion. It is a materialist philosophy based on an analysis of what is taking place at a given time, and of society, the economic foundations on which it rests, and their complicated interconnections. It understands that the world is in constant motion: physically, socially, economically, politically. It uses this flexible method to map out perspectives and likely developments – above all, to equip mass movements of the working class to bring about the socialist transformation of society, in the real world.