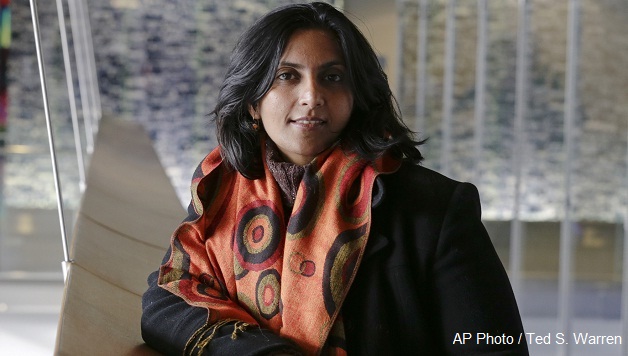 As a socialist, I believe that a democratic rights cannot develop or exist under a state of perpetual surveillance. For more than a decade now, the Department of Homeland Security has been actively expanding surveillance and domestic spying capabilities. At the same time, it has financed the brazen militarization of the local police forces on the ground. Both trends are unacceptable and inconsistent with the needs of the working people. We have to push back.

Recently, I cast my first sole ‘No’ vote on a council bill that expands the City of Seattle’s facial recognition capabilities. The $1.6 million Homeland Security grant also goes towards funding the Washington State Fusion Center, which coordinates data-sharing among state and local police, the National Security Administration (NSA) and private corporations for “counter-terrorism” purposes.

First, I am unequivocally opposed to further empowering the Seattle Police Department with new technologies when excessive force and police brutality remain an unresolved issue in this city. A 2011 Department of Justice investigation found that Seattle police use excessive force a full 20% of the time. The report also documents discriminatory policing during pedestrian encounters, which is exactly where this expansion of facial recognition technology would be deployed by officers (DOJ, “Investigation of the Seattle Police Department,” 12/16/2011). And police abuse is not our only concern. By implementing this facial recognition technology and providing additional funding to the Washington State Fusion Center, Seattle is playing an active role in the expansion of the NSA’s unlawful and unjustifiable domestic surveillance.

While claiming that their sole focus is “counter-terrorism”, in practice these Fusion Centers and their supporting agencies – the Department of Homeland Security, the NSA and others – have systematically targeted activist organizations and social movements on behalf of both the federal government and big business. Revelation after revelation from whistle-blowers like Edward Snowden, Julian Assange and Glenn Greenwald have shown that these surveillance programs are explicitly designed to maintain US political and economic domination and to aid in the crackdown on domestic resistance.

For example, leaks from the Joint Threat Research Intelligence Group (JTRIG) illustrate some of tactics the NSA and other agencies use to undermine activists. These including setting up a ‘honey-trap’ (luring an activist into an illicit romantic affair and then exposing it), using an activist’s social media accounts to send damaging messages to allies, and identifying and exploiting fracture points in activist groups (JTRIG, “The Art of Deception: Training for Online Covert Operations”). The ruling elite are forced to use these despicable tactics because they are unable to directly counter the strength of our ideas.

While mass online surveillance and warrantless wiretapping began under the Bush administration, it has been greatly expanded under Obama to include data stored by Google, Facebook, Apple, YouTube, Skype, AOL and additional telecommunications giants.

Obama claimed that his administration was going to be “the most transparent administration in history.” He even encouraged whistle-blowing in 2008 when he described it as “acts of courage and patriotism… which should be encouraged rather than stifled as they have been during the Bush administration” (The Guardian, 6/7/13). In practice, Obama administration’s has prosecuted more whistle-blowers than all previous presidents combined. And after Edward Snowden leaked thousands of documents revealing spying beyond everything previously imagined, Obama initially defended these programs before voicing the need for minor reforms that simply aim to legalize these practices.

The Democrats prove, time and again, that they are more interested in protecting the political and economic domination of the corporate elite than protecting the basic rights of citizens. Only a new party of working people, free from the corrupting influence of big business, can fight back against this kind of surveillance and lay the groundwork for transforming society. I urge you to join the struggle against the dictatorship of big business and help us build the movement for democratic socialism.