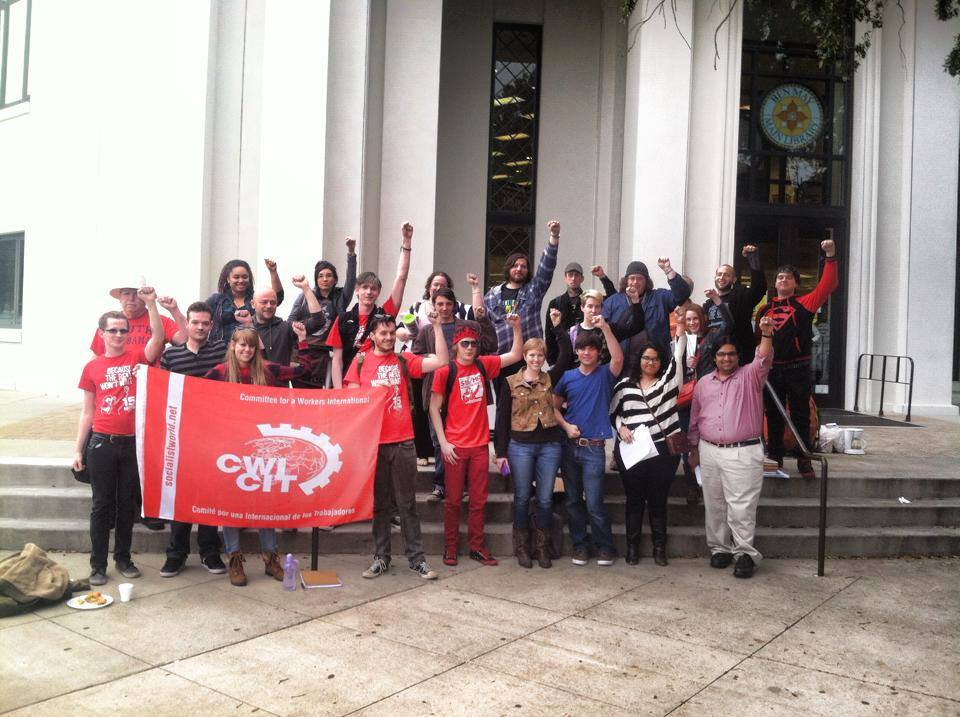 On February 22nd, 30 members and supporters of Socialist Alternative convened the first ever Southern Regional Conference of Socialist Alternative in Mobile, Alabama. Activists from Florida, Alabama, and Louisiana met to discuss political topics ranging from international analysis, national topics and regional perspectives. Members from Tennessee and North Carolina couldn’t make it to the conference and sent their apologies.

The international discussion dealt with topics such as the continued development of the Workers and Socialist Party in South Africa and the challenges it faces. The national topics dealt with the struggles around the minimum wage, our victory in Seattle and what hurdles are arising as a result of our momentum. Four people joined the Mobile branch at the conference as well as one activist from Louisiana. The mood was energetic, and the discussion was inspiring. Members were able to mingle and gain a closer connection to our regional and national work, and many new to Socialist Alternative were exposed to a higher level of professionalism.

Throughout the day, many topics were discussed and debated.

In the first section we heard and discussed the report from the recent Socialist Alternative National Committee meeting in Seattle. The discussion touched on the recent struggle of the Boeing workers and UAW’s attempt to form a union in a Tennessee auto-plant as part of the ‘Organize the South’ campaign. We also learned the lessons from the election of Kshama Sawant as Seattle’s first Socialist City Councilmember in 97 years.

Following report, we held a discussion on Socialist Alternative’s US perspectives. A wide-ranging discussion dealt with the inspiring Moral Mondays struggle in North Carolina and increasing attempts to “Organize the South” by activists in the labor movement. We also touched on the struggle against Tar Sands and Keystone XL as well as the struggle against racism.

The conference then discussed “Building Socialist Alternative.” The primary focus of this conversation was tactics with which to extend and expand the Fight for a $15 minimum wage. Local goals were discussed, new methods of organizing were brought up, and the members seemed poised to seize the opportunities to build the socialist movement.

The last point on the day’s agenda covered ‘Building in the South’. The primary conclusions were centered on developing connections and inroads with what we identified as key audiences in the South: the hyper-exploited layers of the black community and those that can be brought around the labor movement. Youth and student work was also emphasized as being of the utmost importance.

Ultimately, the political and organizational lessons drawn from the South’s first regional conference are myriad. The conference was a phenomenal success and bestowed upon members a set of tools with which to build the forces of socialism. The events of the day were inspiring and created lasting connections, necessary to organizing in the unique form of political isolation southern SA members are often faced with. Taking in and digesting the lessons of the weekend is the next task, vital to the organization of further events as well as strengthening our position in the South.