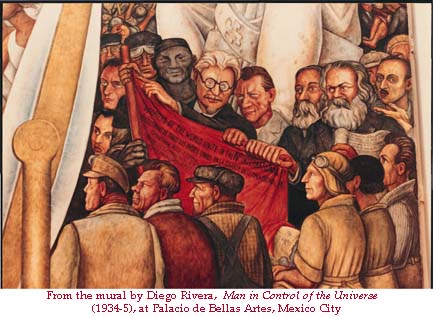 3 September, 1938, marked the start of the Fourth International’s founding conference

Marxists in the 1930s were compelled to draw far-reaching political conclusions following huge defeats of the working class. For example, in Germany 1933, Hitler came to power, crushing the organized working class movement. Later in the same decade, Franco’s fascist forces prevailed in the Spanish Civil War. Following the historic betrayals of the working class by the social democratic leaders of the ’Second International’ and the Stalinist-dominated, ’Third International’, the great Russian revolutionary leader and Marxist thinker, Leon Trotsky, concluded that a new international needed to be forged, as a tool for the working class to fight capitalism and to seize power.

Together with his co-fighters, Trotsky started the task of building the foundations of a new International. Under very difficult security conditions, delegates came together in Paris to launch the Fourth International, on 3 September 1938.

Peter Taaffe, General Secretary of the Socialist Party (CWI England & Wales), wrote an introduction to the Transitional Programme in 2010, which together with the Programme, can be found here.