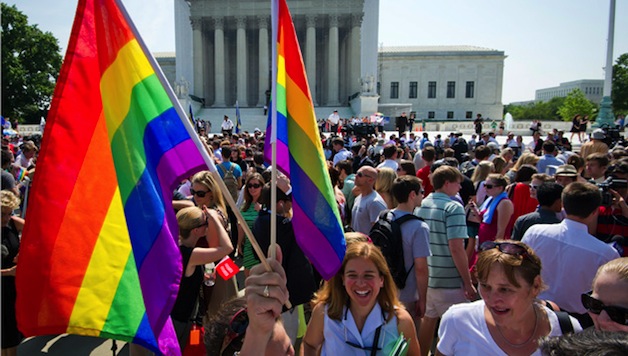 What Next for LGBTQ Liberation?

With two anti-gay laws, the federal Defense of Marriage Act (DOMA) and California’s Proposition 8, being struck down by the U.S. Supreme Court this past week, the LGBTQ movement has much reason to celebrate. This is a historic victory that will accelerate the current trend toward widespread public support for LGBTQ rights.

Politicians and judges didn’t achieve this; it was millions of people coming out of the closets and into the streets. Far from being champions of equal rights, the same Supreme Court that ended DOMA and Prop 8 also in the same week dismantled the core of the Voting Rights Act.

We can’t stop now. This struggle does not end with marriage rights. The 200,000-strong National Equality March in 2009 demanded one thing: full equality, protected by law, for all people in the U.S., regardless of sexual orientation or gender identity.

That is the type of grassroots movement we need to embrace today: one that is trans-inclusive and unites the struggles against job discrimination, for access to health care, for immigration reform, and against violence, harassment, and bullying in schools. These demands could spur millions into action and unite with wider struggles of workers and oppressed people, which will be necessary if we are serious about achieving genuine equality.