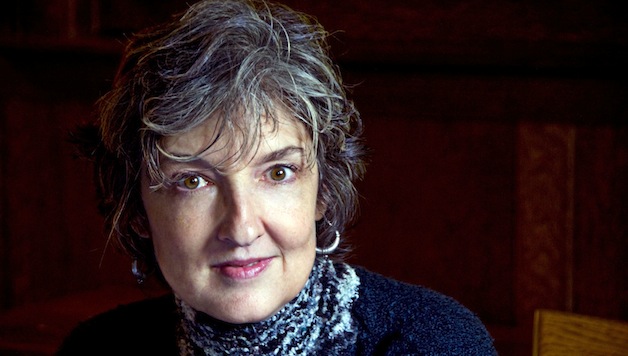 Flight Behavior
By Barbara Kingsolver
Published by Faber and Faber (2012), £18.99 Barbara Kingsolver is familiar as a fine novelist whose work is extremely relevant for socialists. The Poisonwood Bible (1998), partly based on her childhood in the Congo, is set amid the anti-colonial struggle in that country. The Lacuna (reviewed in Socialism Today No.141, September 2010) explored sexual diversity and political rebellion against the background of the anti-communist witch-hunts in the USA of the 1950s, and included a sympathetic portrait of Leon Trotsky. Her latest novel, Flight Behavior, confronts a dirt-poor farming community in Tennessee with global warming and the potential destruction, not only of their livelihood, but of their very existence.

Twenty-eight year old Dellarobia Turnbow is a frustrated farmers’ wife with two young children, shopping in second-hand shops and watching every cent. Pregnant and married at 17, she is bright and a natural rebel. She feels crushed by her marriage to the complacent Cub and her difficult relations with his overbearing parents. Prey to fantasies about how a different man might transform her life, she is on her way to meet a potential lover when she is amazed and overwhelmed by the sight of a huge orange cloud in the trees near her home. Initially unsure of what she has witnessed, she returns home, convinced that she must change her life, but in a different way: “Dellarobia felt herself flung from complacency as if from a car crash, walking away from that vale of fire feeling powerful and bereft”.

The orange cloud turns out to be a flight of monarch butterflies, who normally over-winter in Mexico but, driven north by climate change, have fetched up on a Tennessee hillside. The novel explores the impact of their sudden arrival on the community, the local church and on Dellarobia herself, while tension about the ultimate fate of the butterflies becomes the novel’s driving force.

Dellarobia’s father-in-law, Bear, on whose land the butterflies have made their temporary home, and who is in serious debt to the bank, is keen to sign a deal with a logging company to chop down the nesting site, but many in the church congregation feel blessed by the butterflies’ presence. Dellarobia is not a believer. Where other parishioners regard the butterflies as a divine visitation, it is clear to her that the approach of winter spells disaster for the insects themselves: where is God’s loving hand in this, or in the incessant rain that rots the tomato crops?

Dellarobia comes to be seen as the butterflies’ champion. Press and the local TV channel take up the story and interview Dellarobia, but only for the ‘natural interest’, and with no desire to explore the real issues. Ovid Byron, an entomologist and world expert on the monarch butterfly, sets up a small research team in Dellarobia’s backyard, and she is drawn into the survey work.

Initially, she is wary of the post-graduate students the professor brings: “These people had everything. Education, good looks, boots whose price tag equalled her husband’s last pay check”. But gradually they win her respect, as they work through rain and until night falls: “Dellarobia tried to imagine loving something so much she would get that miserable doing it”. Encouraged by the professor, she discovers, both in herself and her five-year-old son, Preston, a talent and a passion for science which will change their lives for ever.

The novel centres on a poor, ‘redneck’ community, struggling to survive. Dellarobia’s husband, Cub, rarely works a full week gravelling drives. She has recently lost her job at a local diner. They shop for toys and tinsel at the dollar store, trying to make a decent Christmas for their kids on $50: “There had to be armies of factory workers making this slapdash stuff, underpaid people cranking out things for underpaid people to buy and use up, living their lives mostly to cancel each other out”.

How are these people to absorb the message about global warming, especially when it is delivered by the well-heeled and college-educated? In one of the novel’s funniest scenes, Dellarobia is confronted by an eco-activist, attracted by the butterfly controversy, who tries to persuade her to lower her carbon footprint by eating less red meat. She protests that her family’s diet consists mostly of macaroni and cheese and her main aim is for them to eat more, not less, red meat! A ‘green’ message about abstinence and austerity can gain no traction with those already on the breadline.

Naturally, the media wilfully ignore or cast doubt on the most unambiguous of scientific conclusions. They specialise in climate change denial, just as they played down the link between smoking and cancer, as the furious professor points out to a TV interviewer. The sheer enormity of the threat to the eco-system is also a barrier to the message. When the professor declares: “I am a doctor of natural systems. And this looks terminal to me”, Dellarobia confesses that, while she does believe what he is saying, she can’t believe it. Her life revolves around practical tasks and small ambitions: “Getting the kids to eat supper, getting teeth brushed. No cavities the next time. Little hopes, you know? There’s just not room at our house for the end of the world”.

This novel is an excellent read. The reality of life in poverty is keenly felt, along with the isolation and frustrations of a young mother. Despite its profoundly serious content, it is also very funny and witty, especially in the scenes involving Dellarobia’s children, and in the sparky conversations between Dellarobia and her close friend and confidante, Dovey.

Kingsolver is a biologist by training and brings this knowledge to bear very skilfully in this ambitious project to make climate change the subject matter of fiction. In doing so she also explores how a community living from hand to mouth, day to day, receives – or does not – the message that if capitalism continues it may one day render the world uninhabitable. What emerges from the novel is the need for an alternative vision which does not counter pose ecology to economics but which integrates the fight against global warming with the truggle to revolutionise ordinary people’s everyday lives.

This review originally appeared in Socialism Today, magazine of the Socialist Party (CWI in England and Wales).