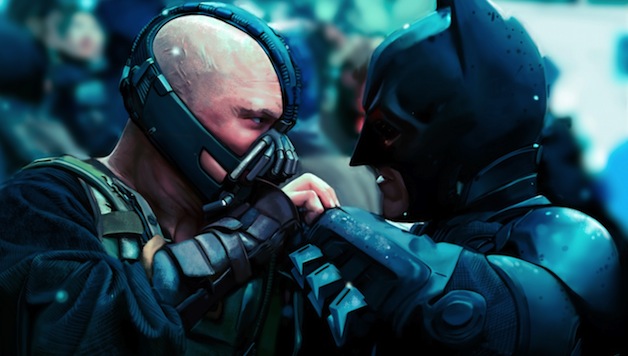 “There’s a storm coming”, Selina Kyle (Anne Hathaway) warns billionaire Bruce Wayne (Christian Bale) in “The Dark Knight Rises”. “You and your friends better batten down the hatches, cause when it hits, you’re all going to wonder how you ever thought you could live so large, and leave so little for the rest of us.”

A great line and moment in a film that promises to be more than your average action-hero ensemble, and while it is a cut above the rest with a breath-taking CIA-intrigue-filled opening scene, complex characters such as Wayne with his Heathcliff-esque inner turmoil, it’s its reactionary mores that relegate it to pot-boiler.

Batman – in reality a vigilante billionaire – has always had a deeply conservative message. Disappointingly, “The Dark Knight Rises” reinforces that, with the main villain, Bane, threatening Gotham’s future and survival by a sort of revolutionary people’s movement replete with scenes of taking over Wall Street and the stock exchange, and a People’s Court summarily sentencing to death, those bankers and billionaires who have been stripped of wealth and power. Bruce Wayne’s wealth is gone. His inaction over eight years of depression and despair, hampered his corporation’s profit-making ability. Batman’s return in this context to save the day against Bane, signifies a hope for the return to order in the aftermath of the crisis of capitalism of recent years. The main message delivered is that anarchy, chaos and violence are associated with subversive politics that question the power and wealth of the elite – more status quo worshipping from the Hollywood rich list!