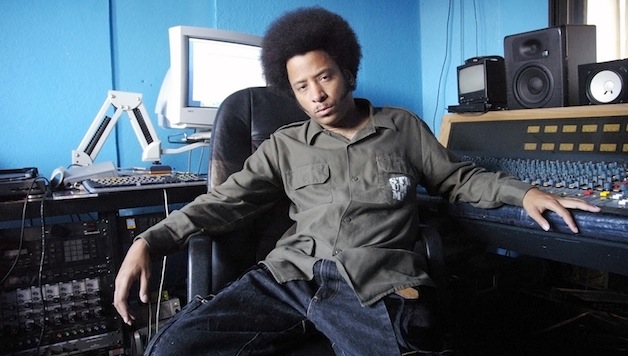 Since the release of his first album with The Coup in 1993, San Francisco Bay Area-based Boots Riley has been a major figure on the politically minded hip-hop scene. More recently, The Coup’s 2006 album Pick a Bigger Weapon features guest appearances from music all-stars Black Thought (vocalist for The Roots), Talib Kweli, and Tom Morello (Rage Against the Machine). Last year, he also released the first album with supergroup Street Sweeper Social Club, featuring Morello on guitar. We sat down in the basement of Neumos in Seattle this summer to talk politics, music, and revolution.

What are your thoughts on Obama’s foreign and domestic policies, and do you think he has shifted from the pro-big business policies of the Bush era?

Well, let’s say this: Obama was elected by many people as their antiwar president. Who knows why, because he never really said he was antiwar. But that’s the idea that people had. And he’s escalated the war and plans to keep escalating. Therefore, he’s maintained those corporate ties. The whole bailout situation could have been handled much different, you know. What he did was come down on the side of corporations and basically gave them a present. And so I’d say he’s continued these corporate policies that have existed among all these administrations.

On that, do you think the American government represents the interests of the people, as it claims to?

What are your thoughts on the shooting of Oscar Grant, and what does that show about issues of race, authority, and power in American politics?

Well, you have a video where it’s clear, at least in one of the videos it’s very clear, that Oscar Grant was on the ground, immobilized, a cop got up, drew out his gun, and fired. It’s very clear, everybody can see this on YouTube. Now, there are other videos which the news chooses to show which are not as clear as the one. But this is very, very clear. And the cop still does not get convicted of murder.

Which shows that all the folks that feel that there is such thing as a justice system — that has justice — it shows to them that that doesn’t exist. I think that these things go on all the time and will continue to go on as long as the police still work for the people in power, which they always will. The question is: who is in power?

As long as the masses are not in power, they will work against the people and have policies and trainings and ways of action that have to do with keeping the status quo, keeping the people down. You’ve never seen, for instance, a labor struggle in which the bosses are doing something illegal and the police come in and stop them; doesn’t happen, won’t happen, because that’s not what the law is for, that’s not what the police are for. They’re not here to serve and protect, you know; they’re to protect the interests of the ruling class.

What are your thoughts on capitalism, and do you see democratic socialism as a viable alternative to capitalism?

It depends what you mean by democratic socialism. I always say that I’m a communist. And one way that you can define communism is that it’s democracy, but it’s not just that the people get to decide who pretends to represent them but it’s that there’s democratic control over the profits we create. That means that you have control over the wealth and therefore own the means of production, so that would be way more democratic.

Who do you want to reach with your music?

Really, anyone who is gonna help organize to change the system, and specifically organize to create campaigns to help people change their material conditions and, therefore, out of that building a movement that then changes the system.

Most of your songs express your dissatisfaction with domination and oppression in society. What motivated you to use music as your medium for political expression?

I had an incident in the Double Rock Projects in San Francisco. We were going there every week and flyering about some vague notions of a campaign like fighting racism and housing issues, but nothing concrete. We talked to people and we made a base there. But one of the Sundays we got there, people told us the night before a woman named Rossie Hawkins and her two eight-year-old twin sons got beat up by the police. Beat up really bad and bloody. And this was the second in what would become a string of incidents. Before, the police beat up someone so bad, they died. They wouldn’t have died if the police had taken them to the hospital, but the police beat them up, put them in a patrol car, and just drove around until they died.

So people saw what happened to Rossie Hawkins and her sons and filed out of their houses and a crowd formed. As the police tried to drag her and her sons into the patrol car, people tried to stop them. The police then fired in the air. Everybody dispersed because guns were being fired. But for some reason, everyone turned back around and by the end of the night Rossie Hawkins and her twin sons had been extracted from the police car by the crowd, taken to a hospital, and cop cars were turned over.

None of this appeared in the local papers. But what did ring true to me that changed my idea about music in the movement is that the next day, when everyone told the story, there were lots of differences in all the stories except for the ones that I’d told you so far and one other thing. When everyone was running from the cops who shot in the air, everyone was chanting “fight the power, fight the power.” It was 1989 and the biggest song on the radio at that time was Public Enemy’s “Fight the Power.” Recalling that song and using it right there made them understand that they were connected to something bigger at this point. And that’s when I realized that music can be a rallying cry.

Are you working on new songs? When is the next album coming out?

Yeah, I’m working on new Coup songs. We also got the Street Sweeper Social Club project, which is me and Tom Morello. We came out with an album last year and have an EP coming out next month. That one’s called the Ghetto Blaster EP. Writing a new Coup album and finishing up a movie that the Coup album will be the soundtrack to. It’s a dark comedy with magical realism inspired by my time as a telemarketer.