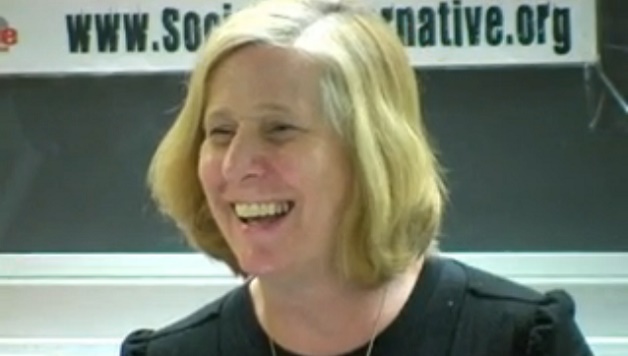 Here is a video of three outstanding speeches by Cindy Sheehan, a central leader of the antiwar movement, Richard Curtis, former independent candidate for U.S. Senate, and Philip Locker, Socialist Alternative organizer, from the Northwest Socialism Conference on May 8, 2010 in Seattle. Cindy Sheehan became famous in 2005 when she went to President Bush’s ranch in Texas to ask him why he had sent her son to die in Iraq. Bush refused to speak with her, and she set up a camp outside his ranch in protest. These three speakers participated in a panel discussion at the conference called “Where is the Change Obama Promised? Resisting War and Cuts in Jobs and Education.” Read a report of the conference here.