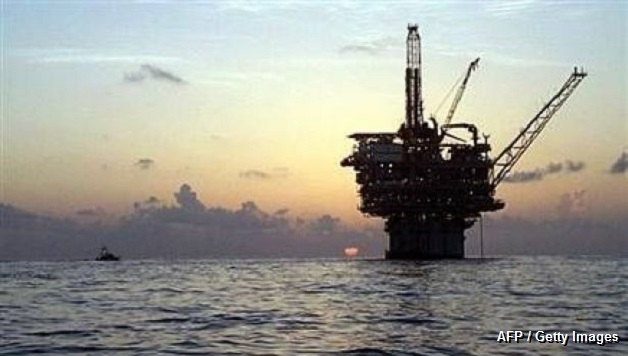 In April, President Obama called for hundreds of millions of acres of coastal waters to be opened for oil and gas exploration and drilling. This means a horrifying assault on ecology, beaches, and coastal tourist economies – but big profits for the energy industry.

According to Michael Brune, executive director of the Sierra Club, ”Drilling our coasts will do nothing to lower gas prices or create energy independence,” (The New York Times, 4/1/2010). Obama claims that offshore drilling for fossil fuels is needed now in order to achieve reliance on clean energy! What else could we expect from a president who sent 30,000 additional troops to Afghanistan right after receiving the Nobel Peace Prize?

The move is supposed to help Obama and the Democrats win right-wing support for their climate and energy legislation. This is a repeat of the failed strategy they used during the debate over health care reform. The liberal Democrats made huge concessions to the right wing and still did not get a single Republican vote for the U.S. Health Care Act. The liberal opposition has proven to be all talk. Sixty House Democrats pledged to vote against any health care reform that did not include the “public option.” The public option was dropped  all sixty Democrats voted for the legislation anyway. Now that they have discredited themselves, the ”environmentalist” Democrats are unwilling to even pretend to put up a serious fight against offshore drilling.

We should not be surprised by Obama’s announcement. He called for offshore drilling during his campaign and has consistently attacked the environment since taking office. Obama and the liberal Democrats ”have already made significant concessions on coal and nuclear power to try to win votes from Republicans and moderate Democrats” (The New York Times 1 April 2010). Before the UN conference on climate change in Copenhagen even began in December, Obama stated that the U.S. would refuse to enter into any binding agreement on climate change or emissions limits. These examples add to the already indisputable evidence that we cannot rely on the Democrats to do anything serious about the environment or climate change.

Right now, we have the technology to sustainably live in prosperity. For example, a recent article in Scientific American (Nov 2009) showed that, with currently existing technology, wind and solar power alone could provide us with many times more energy than humanity currently consumes. Obama and the Democrats shamefully push to drill offshore while there are plenty of safe and sustainable alternatives.

We need to act immediately to drastically reduce greenhouse gas emissions, but solutions like the one offered in Scientific American will never be implemented under the capitalist system. Under capitalism our society is organized based on what is profitable to powerful corporations, so pollution and environmental destruction will continue like a runaway train.

Our only hope is to take the energy industry and major economic institutions under the democratic management and control of communities and society at large. We can only have the power to organize society according to social need, instead of corporate profit, if we take control away from the corporations.

As climate change worsens and the economic crisis continues, more and more people will have to move into political struggle to get what is needed for survival. Mass movements will develop, demanding a solution that benefits society and is democratically planned by ordinary people. This solution is called socialism. This is why it is so crucial that we build a genuine political alternative now to ensure that we can succeed before it’s too late.