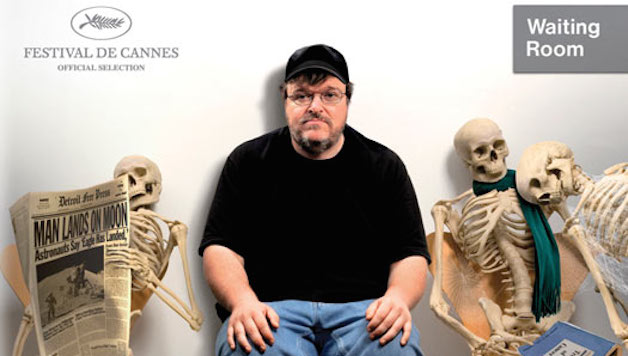 “Sicko” recently opened in British theaters, and Michael Moore’s brilliant documentary on the U.S. health care system has been received enthusiastically across the Atlantic. This movie review by British socialists provides important insights into the attempts by British big business to privatize their health system along American lines.

Michael Moore’s Sicko opens with footage of injured Americans without health insurance. One man loses two fingers in an accident but can only afford to have one reattached. For sentimental reasons, he chooses his ring finger.

But, as Moore informs us, Sicko isn’t about him, or the man shown attempting to stitch up a deep wound himself, or any of the other uninsured Americans (nearly 50 million in total). Instead his film is about the 250 million Americans who have health insurance but whose claims are denied.

Individual cases drive home the point. Life-saving treatments are denied for being “experimental”. Patients are dropped outside shelters after going over their insurance limit. People work into old age to pay off medical bills. It is very effective moving stuff.

He also introduces us to people who have worked for the insurance companies, who tell us of the huge lengths gone to not to pay out for people’s health coverage.

The point of Moore’s film is clearly to agitate the American people into fighting for free, universal healthcare, obviously a worthwhile cause. After the success of Moore’s recent work he is one of the few Americans in a position to make such political arguments against the main capitalist agenda and be heard by mass numbers.

With this aim in mind we see him visit four countries where he says free, universal healthcare does exist: France, Canada, Cuba, and the UK.

While in the UK he visits NHS hospitals to be greeted by smiling staff, glad to be working for such a well-run, humanitarian organisation, and from patients, seemingly delighted at their service, all laughing along as Moore (playing the typical American tourist) asks how much everything costs.

As a piece of propaganda for his cause in America (to combat the pro-market propaganda usually given to the American people) it’s very good. To anyone who works for, or indeed uses, the NHS, it quickly starts to grate.

As the market has slowly crept into our health service over decades (not so slowly in recent years), we have seen wards closed, jobs lost, and “under-performing” hospitals threatened with closure. The patients Moore speaks to are unlikely to be smiling if they’ve been waiting hours to be seen due to staff shortages.

If New Labour’s plans are allowed to be put through fully, they will have to travel miles to be seen in one of a small number of regional “super-hospitals”, rather than the local general hospital. Add in the well publicised threat of MRSA, C-Diff and other superbugs caused by privatised cleaning firms cutting corners in NHS hospitals and you are not likely to see many smiles in our waiting rooms at all.

The staff, of course, will be rushing around trying to cover for how understaffed they are, all for a below inflation pay rise of 2.5%. Where they would get the time to laugh and joke with a film-maker isn’t made clear, but perhaps they were on a break.

At one point Moore talks with a doctor and is amazed to hear that he will get paid more for the number of his patients who get well. While admittedly, this is better than in America where doctors are paid for the number of patients who stay ill(!), in reality it is the start of a slippery slope that ends with patients being seen as having “profitable” or “non-profitable” problems.

Moore also interviews Tony Benn who, in an otherwise very good interview about the importance of the NHS, somewhat improbably claims if Tony Blair (or I assume any British prime minister) changed the NHS “there would be a revolution”.

If Benn thinks his party has not already carried out massive attacks on the NHS he is sadly deluded. Private Finance Initiatives are taking millions out of our health service every year. Access to certain drugs has become a postcode lottery. GPs are given incentives to privatise.

While there has, as yet, been no revolution there is, finally, a demonstration. For well over a year the Socialist Party has been calling for a national demo to unite the strong campaigns to defend the NHS taking place all over the country, which has now been called in London on Saturday 3 November.

As Sicko shows, with inspirational scenes from France, working-class people uniting in protest to defend their rights can work. If we want to stop the destruction of our NHS we must do the same.

From The Socialist, paper of the Socialist Party, cwi in England and Wales