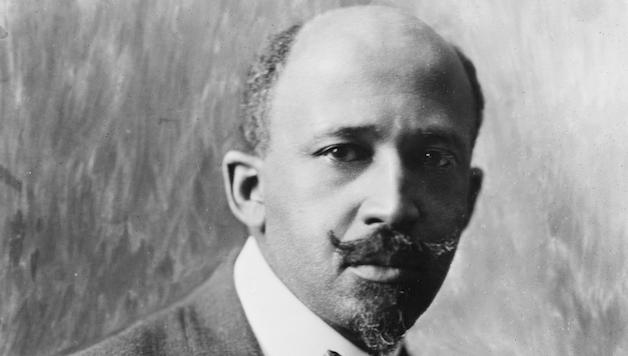 100 years ago in 1903, sociologist, scholar, and historian W.E.B. Dubois (1868-1963) wrote his book The Souls of Black Folk, which would make a vital contribution to the struggle of African Americans in the post-Civil War and Reconstruction era. It was one of the first books written about African Americans by an African American, exposing the harsh realities of life in the segregated (Jim Crow) south. It describes the deadly repression enforced by the police and courts, the rise of the Ku Klux Klan, and the poverty and denial of any civil or human rights for African Americans under capitalism 38 years after the end of chattel slavery.

The essays in The Souls of Black Folk open up with a spiritual connecting the meaning of emancipation and salvation from slavery with African folktales and Christian teachings of the Old Testament. (Black slaves were allowed by slave masters to read and write using the Bible originally to further subjugate the slaves).

Its poetic phrasing and sermon-like description chronicled the struggles of African Americans from the radical reforms of the Reconstruction period (1867-77) through the Freedmen’s Bureau (1865-72) which oversaw the creation of schools and hospitals, the exercise of the right to vote, the election of African Americans to public office on the state level, and the delivery of food rations to former slaves and poor whites.

The Reconstruction era’s failure, with the withdrawal of federal troops by the federal government and the rise of the southern power structure, ushered in a period of counter-revolution where the Northern capitalists reached a reactionary compromise with the Southern elite. The ruling class needed to re-introduce racism and divide-and-rule tactics to try to contain the danger of the growing radicalism and revolutionary threat of radical reconstruction. This period was marked by the introduction of the Black code laws, the rise of convict labor, the endless poverty of sharecropping, and massive lynching.

The Souls of Black Folk was honored in the Black community and by its leadership. The established white press either ignored it, or gave credit to its author, but disagreed with his expression of the plight of African Americans.

One of the more politically charged essays was “Of Mr. Booker T. Washington and Others.” Booker T. Washington was a former slave, author of Up from Slavery, and the founder of Tuskegee Institute in Atlanta, Georgia. The debate that ensued between Washington and Dubois dealt with some of the most vital questions facing the African American community which would be debated into the civil rights and black power movements some 60 years later – the possibilities of Black capitalism, the character of the new black leadership, the struggle for civil rights, and universal vs. vocational education. Essentially, Washington advocated an “accommodationist” position, seeking advancement for African Americans without challenging the basic structures of American society, while Dubois recognized the need for a far more radical approach.

Dubois played a pioneering role as Editor of Crisis, the magazine of the National Association for the Advancement of Colored People (NAACP). He organized people of color against colonial rule in Africa and the Caribbean and against racism in the U.S.

His career, however, would be characterized by a number of contradictory positions and re-thinking of his beliefs. He spent years fighting against segregation in the South, yet he supported a segregated army during World War I. Later Dubois moved to the left, drawing anti-capitalist and socialist conclusions. Unfortunately, however, the forces of genuine Marxism were quite weak, and he ended up joining the Stalinist Communist Party in the U.S. and supporting the Soviet Union and China without criticizing the totalitarian, Stalinist regime that ruled them.

The relevance of Dubois’s The Souls of Black Folk extends further than its literary and poetic eloquence. Today the American working class is far less racially segregated in workplaces, schools, and communities than it was in 1903, but the conditions African Americans face in this post-civil rights movement era are quite alarming.

Dubois revolutionized the study of history and sociology through the study of African Americans in the United States, leaving an indelible mark on the political consciousness of many leaders of the colonial revolution in the late ’50s and ’60s as well as scholars and activists worldwide. Even with his contradictory viewpoints, The Souls of Black Folk remains a breakthrough in African American historical literature that still deserves to be studied 100 years later.