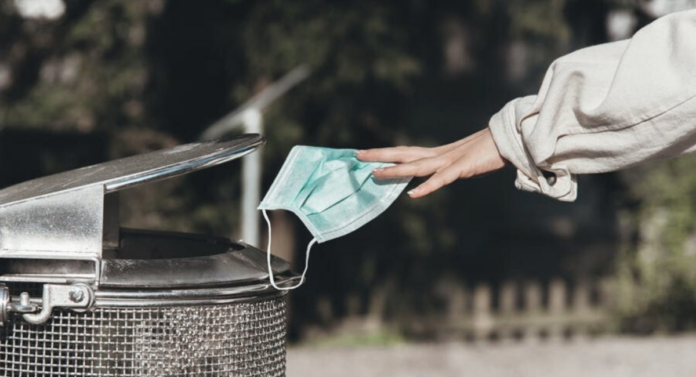 At the end of September, President Biden was interviewed by 60 Minutes and gave the sound bite that rang across the world.

“The pandemic is over,” Biden said. “If you notice, no one’s wearing masks. Everybody seems to be in pretty good shape.”

Though Biden’s team rushed to ‘clarify’ his statement, he only said what the administrations’ policy had in effect already been broadcasting – that the pandemic is over, COVID-19 no longer poses any significant threat to (most) individuals, and we can all move on with our lives.

Obviously, such an assessment denies the basic facts of reality. At the time the statement aired, 400-500 people in the United States were still dying of COVID on a daily basis. Staggering as that statistic is, it is still only a very limited measure of the continuing impact of the Biden administration’s deficient approach to handling COVID. This approach has not only left millions at risk in the U.S., but has also put billions of people worldwide in the crosshairs of an ever-mutating disease whose effects are still not fully understood.

The early months of the COVID pandemic were made all the more deadly by the disastrous decisions of the reactionary Trump administration. From the first confirmed case in January all the way up to the massive shutdown of mid-March, Trump attempted at all costs to downplay the risk to public health and claim that COVID was just like a seasonal flu. Early into the pandemic response, case counts and death tolls were removed from the CDC website, appearances from public health officials on television were barred, and recommendations to wear masks were suppressed early-on and well into the summer.

In the run-up to the Presidential election, one of Biden’s main offensive points was on Trump’s criminal mishandling of the pandemic response, which undoubtedly led to thousands of unnecessary lives lost. He attacked Trump’s response as “totally irresponsible,” and emphasized that his approach would be driven by science.

But while the campaign to vaccinate Americans started strong in early 2021, with millions of doses given out, it did not stay that way. Crucially, Biden failed on all levels to send vaccines to the neocolonial world, as had been demanded by the World Health Organization, which called for 70% of the global population to be vaccinated by mid-2022. By March of this year, of the more than 10 billion vaccines given out worldwide, only one percent had been administered in the neocolonial world.

Domestically, the campaign to ‘get shots in arms’ hit a wall by the end of 2021, and funding for the public vaccination campaign began to run dry. Demonstrating this drop-off effect, while 79% of people got one dose of the vaccine, only 68% are considered ‘fully vaccinated’ – and just 33% got a booster. Federal funding for the vaccine campaign just about ran out in spring of this year, and now uninsured people have to pay an average of over $100 for a PCR test, and Pfizer has announced that they could charge as much as $130 per vaccine.

Though Biden emphasized a “science-backed approach” on the campaign trail, his administration has abjectly failed to live up to that standard.

Early on in vaccine distribution, Biden refused to open U.S. vaccine patents so the lifesaving medicine could be shared with the world, a decision that nakedly only benefits massive pharmaceutical corporations. Not only has it cost millions of lives worldwide, it also puts the entire world including the U.S. at continued risk of more virulent and deadly versions of COVID mutating, especially in places with low vaccination rates. Several new variants of concern have emerged this fall, including XXB, BQ.1, and BA.2.75.2 – all more immune evasive than their predecessors Omicron and BA.2, and likely require people to get new versions of booster shots to effectively protect themselves.

It’s not as though Biden lacks for scientific experts to tell him what decisions are in the best interest of public health. The issue is not a lack of information, it’s that the Biden administration has sublimated public health to the goal of maintaining the profits of the very few, just as his predecessor did.

Now, instead of waging a public campaign to get people booster shots before another winter where COVID is likely to spike once again, Biden is waging a media battle to claim that COVID is ‘over,’ and there is no reason not to return to life as it was before COVID.

Moreover, the Biden administration allowed the anti-science Republican Party to continue to set the tone on the pandemic. Though Biden correctly tagged Trump with his criminal inaction on the pandemic, he stopped short of exposing the way the Republican Party at large perpetuated COVID denial and continually undermined safety measures like masking and social-distancing. While Biden publicly lambasted “anti-vaxxers,” he never actually took aim at people like Ted Cruz who campaigned against vaccine mandates and were responsible for peddling anti-vaccine sentiment to millions.

For nearly a year, the steady drumbeat from the Biden administration has been the nebulous goal of “learning to live with COVID.” While the differences between coexisting with the virus and “returning to normal” are rarely articulated, the vision is essentially that things will move forward, with people getting a regular updated COVID booster alongside their regular flu shots, once or maybe twice a year. Given that masking mandates (on a government level and individually on a local business level) and vaccine card requirements have gone out the window, regular vaccinations are the only difference between “living with COVID” and COVID denial.

To be clear, the relatively high base level of vaccination in the United States has drastically changed the situation from a few years ago. The virus is much less lethal than it was in 2020, and while necessary for a time, lockdowns have clearly had a devastating social impact particularly on young people. While there was a moment where an aggressive lockdown period, consistent masking, and an internationally-coordinated vaccination campaign could have eradicated COVID in the same way polio and smallpox were eradicated, we are far past that moment now.

Currently, people who are uninsured in the United States will have to pay out of pocket for vaccines, perhaps over $100 per shot. PCRs cost over $120 on average for the uninsured, and rapid-tests, while much cheaper, are not consistently affordable. This is a recipe for disaster for the uninsured and poor, and makes the ideal of “everyone getting COVID boosters yearly” a laughable prospect under the conditions of for-profit healthcare.

On top of this, a situation with continual community transmission is a massive burden on anyone with health issues: anyone with a suppressed immune system, including people with chronic illnesses and people going through chemotherapy, adults over 65, and many more. Additionally, for people who cohabitate with the elderly or people with chronic illness, life cannot go ‘back to normal’ – and that will overwhelmingly affect communities of color, where multigenerational households are more common.

Even for those for whom a single case of COVID is less dangerous, mounting amounts of research suggests that the long-term impact of COVID, and the impact of getting the virus multiple times, has serious health implications. According to new research on the ‘Long COVID’ phenomenon, 42% of people who have had COVID report feeling only partially better six to twelve months after testing negative, and 6% don’t recover at all.

A situation where working-class people are expected to shoulder the immense financial burden of trying not to get COVID, while the virus gets more and more transmissible and the government cuts funding for necessary public health services, is unacceptable. Though we will undoubtedly have to figure out how to shoulder an endemic version of COVID for a long period of time, doing so on the terms set by capitalist politicians will prove devastating.

Medicare for All is the starting point for fighting back against COVID, and the future pandemics likely to be thrown at us. Universal single-payer healthcare, paid for by taxing the rich, is the only basis on which working-class people will be able to access the vaccines, boosters, and testing to protect ourselves and our communities.

We also urgently need to invest in public health infrastructure, expanding hospital capacity, and incentivizing more people to become healthcare workers. Free public college for all would eliminate the financial barrier to more young people entering the healthcare field. A genuinely livable federal minimum wage would ensure that people who are passionate about healthcare can afford to take it up as a career. But the capitalist politicians will not do this themselves – we need a working-class movement to fight back against the COVID pandemic, and certain future pandemics..

What this entire episode clearly demonstrates is that capitalism and its representatives are completely incapable of handling global crisis. In a time that is calling for disciplined international coordination, not just on COVID but on the climate emergency as well, the capitalist nations of the world are descending further into inter-imperialist rivalry in the service of profit. At every turn, the capitalist politicians of the U.S. have prioritized the short-term gains of the wealthiest people on earth over the medium- and long-term needs of public health.

Working people deserve better than the capitalist system. To finally live in a world where our health is not mortgaged for the interests of the wealthy few, we’ll have to win it ourselves.