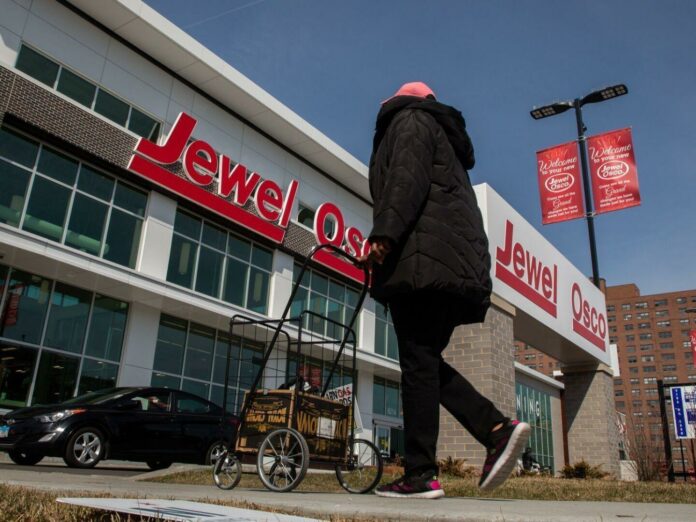 Ryan Hartson is a worker at Jewel-Osco and a member of UFCW Local 881. This article is written in a personal capacity.

Workers at Jewel supermarkets are fed up with low wages, health and safety issues in every store, and ridiculous scheduling changes every week. Since the pandemic, conditions have gotten worse with the added strain of becoming “essential workers” which has transformed the retail and service industries, and the tendency towards organizing and striking has increased. Now the wave of worker radicalization sweeping Starbucks and Amazon has reached a major grocery chain in the Chicagoland area.

At Jewel-Osco, with 183 locations in Illinois, workers like myself voted down a rotten tentative agreement (TA) for a union contract, which was reached on June 29 but not released until mid-August. The leadership of our union, United Food and Commercial Workers (UFCW) Local 881, repeatedly told us they didn’t want ‘rumors getting out there’ about negotiations and that they ‘didn’t want to make any promises they couldn’t keep.’ This TA came from behind closed doors.

In response to this information blackout we started talking to our coworkers and workers in other stores about voting no on the TA, how the union leadership should be fighting for $20/hr, and why we need to be prepared to organize a successful strike. This combination of linking the frustration at the rotten TA to clear demands and a strategy to win them undoubtedly increased the confidence of workers to vote “no, though union leaders still refuse to release the vote results and turnout numbers. ” It shows workers are willing to fight for more, but because union leaders did not prepare workers for the possibility of a strike, it’s going to systematic preparation to actually win against a powerful corporation like Jewel.

A Tentative Agreement that Amounts to a Paycut

When we finally got the TA, my coworkers were shocked. Anger among especially young workers that have come from other retail and service jobs in the last couple years has been palpable, which was clear as we started reaching out to each other in our stores.

The starting rate under this TA is going to be just $13 an hour, which amounts to a pay cut with inflation. Most Jewel workers won’t be making $15 until 2025 out in the Chicago suburbs – and the biggest percentage raises in the contract ($1 an hour from a base of $12 currently, in each of the next 3 years for full time clerks) weren’t negotiated by the union at all – they’re increases in the minimum wage that are mandated by state law!

Included on the front page of the TA are what the union leadership considered some of the highlights or even “victories” in the TA, including shorter wait time for additional benefits, covering travel for funeral leave, and cutting the wait time for part time workers to receive dental and vision in half, down from the previous 60 months(!). While these will certainly be some relief to many workers, a reduction in the bosses’ ability to keep us from grieving loved ones or making part-time workers wait 5 years before getting critical healthcare coverage, these are only partial alleviations of conditions that were already unacceptable – and are only getting increasingly so in today’s economic context. With skyrocketing inflation, workers not being able to improve wages and working conditions in any meaningful are outright losses.

The leadership of our union, United Food and Commercial Workers (UFCW) Local 881, did not engage the wider membership during negotiations and did not release the terms of the agreement until we got it in the mail to vote on it. After a month of waiting for a TA and talking to workers, we called for Jewel workers to call the union local, and forced a response to the membership in the form of a statement explaining that lawyers were still reviewing the TA. Through this process we also clarified what we as Jewel workers would actually be voting on.

Myself and a number of coworkers at over 20 Jewel-Osco locations have organized ourselves under the name UFCW Rise Up and fought for a “No” vote on the tentative agreement with Jewel. It was not enough to simply identify a mood that existed among coworkers. It was necessary to try to organize this mood into a force that could change the situation, especially when union leaders refused to fight.

The workers are the union, and we should decide what we’re fighting for. Our union can set a powerful example to workers across the country by unapologetically fighting for what we need. These demands should include: nothing less than $20/hr with a 25% raise for all Jewel workers, PTO starting on day one, and setting schedules two weeks in advance. With clear demands like this it would be possible to build a real fighting spirit amongst the membership, building up to a strike-ready campaign the likes of which this local hasn’t mounted in many decades.

Is UFCW 881 Prepared to Strike?

Included in the ballot for the TA was the question of whether to strike. We in UFCW Rise Up called on all Jewel workers to vote ‘Yes’ to authorize a strike. We strongly suspect that the reason Local 881’s leadership put these votes together was because they were trying to force workers to accept the rotten TA. It was a false choice. In our last flyer distributed to workers, we called the local’s bluff. Now Jewel has to come back to the bargaining table, and Jewel workers should be there as well. We need open bargaining in the next phase of the negotiation, with rank-and-file Jewel workers playing a key role in the discussions, starting at the store level and all the way up to bargaining meetings themselves. This is the worker-led movement we need to build..

At the same time, we recognize that strike action may be required to win the strongest possible contract. If we end up on strike, a major company like Jewel-Osco won’t give in easily. Jewel workers will have to get organized in our stores with democratic planning meetings and strike committees where we can discuss having strong picket lines. This process needs to start out of the discussions around the surprise victory of the “No” vote in the coming days and weeks.

Grocery workers and rank-and-file workers in general have long been excluded from Local 881’s structures, there are very few elected stewards in any Jewel-Osco’s locations, and monthly “membership meetings” are at incredibly inconvenient times and locations, which is designed to discourage participation. Union members need to be able to meet and discuss workplace issues, through open meetings in the workplace, wider membership meetings between stores, and generally a more accessible and democratic life to the union that includes a steward in every store.

UFCW Rise Up will be calling an online organizing meeting of as many workers who voted “No” as possible to discuss the way forward towards open bargaining and winning our demands- including starting to develop a presence of dozens of Jewel workers at the Local 881 membership meetings in order to put maximum pressure on the leadership and the company.