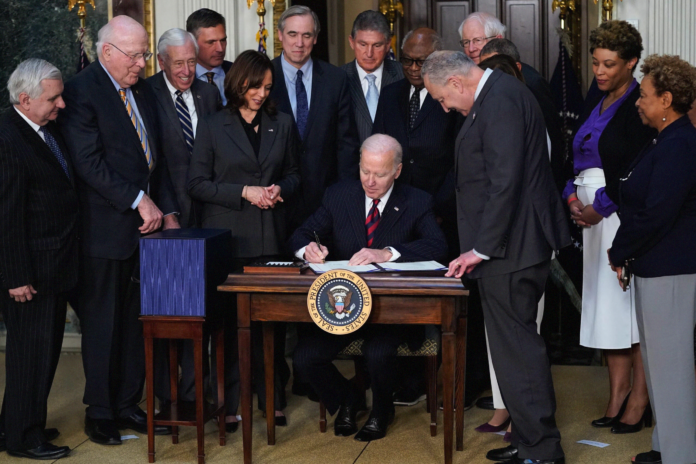 It has been over three months since Russia’s brutal invasion of Ukraine began. There is no doubt that Putin and his inner circle miscalculated enormously. They expected Russian troops to be welcomed as liberators in Russian speaking areas in Eastern Ukraine. They expected a weak and divided Western response. Instead they have met ferocious resistance from the Ukrainian population and a strikingly united NATO response including vicious sanctions aimed at crippling the Russian economy and an endless river of armaments pouring in from the West.

After suffering massive casualties in the siege of Kyiv, the Russian military has refocused its military campaign in the East of the country and along the Black Sea coast where it has made some gains, though slowly. All signs now point to a long war of attrition.

In Western countries, including the U.S., there has been massive sympathy for the plight of ordinary people in Ukraine facing endless bombardment with 14 million forced to flee their homes. This sympathy has been relentlessly manipulated by warmongers to gain support for greater intervention by NATO which points towards a dangerous escalation of the conflict.

The Western powers are in no way concerned about the suffering of the Ukrainian people. Nor is this conflict – as some capitalist figures claim – a struggle between “autocracy and democracy” or between “open and closed societies.” In reality it is part of a struggle for global domination between different imperialist blocs with NATO, led by the U.S., along with some Asian countries on the one side and Russia and China on the other. In all of the contending imperialist countries, the dominant interests are those of the capitalist ruling class which seeks to maximize its access to resources, share of global markets and generally create and reinforce their respective “spheres of influence.”

As socialists, we stand against all the competing imperialist interests which threaten to pull the world into a spiraling conflict with disastrous consequences. Recently during a trip to Asia, President Biden made clear that the U.S. would militarily intervene if China tried to invade Taiwan. Direct conflict between the U.S. and China would dwarf in scale what we are already seeing in Ukraine, which is already a catastrophe. We believe that working people across the world have a common interest in opposing the escalation of the war in Ukraine and the New Cold War generally.

Joe Biden and his administration have openly gloated at Russian losses and declared that their goal is to permanently “degrade” the Russian military and remove Putin.

Last week, Congress, at Biden’s request, voted for $40 billion more in “aid” to Ukraine. The bulk of this is for more weapons and to restock the U.S. arsenal. The $40 billion, only part of what NATO has expended on the war, is equivalent to an incredible one fourth of Ukraine’s pre war GDP.

It is also a massive bonanza for weapons manufacturers like Raytheon and Lockheed Martin. But what is most striking is that this sails through Congress with a high degree of bipartisan support while there is no longer even a pretense by the Democrats of addressing any of the following: climate change, the disaster that is our healthcare system, the student debt crisis, the $7.25 federal minimum wage, reproductive rights, voting rights, or labor rights. Nor is that a complete list. As leftwing author Chris Hedges says, this is the “death spiral of unchecked militarism.”

It is not surprising that Joe Biden, Nancy Pelosi, and Chuck Schumer, leaders of a party that has advocated “reckless militarism” from Vietnam to their support for the Iraq war, would push this $40 billion. But it is shocking and shameful that not a single liberal Democrat in Congress, even those who call themselves “socialist” like AOC, Rashida Tlaib, Jamaal Bowman, or Bernie Sanders voted against this militarist bill and the dangerous escalation it represents.

There were, however, 57 Republicans in the House and 11 in the Senate who voted against. The opposition of these reactionaries, linked to Trump, is no sense “antiwar.” It reflects the position of nationalist isolationism, which has a long history on the American right. But again it is shameful that it was left to the likes of the vile Jim Jordan to tweet, “More money for Ukraine while baby formula is out of stock for Americans? Voted No.”

But this should ring alarm bells for Democrats as they pathetically try to deflect blame for inflation by calling it “Putin’s inflation” and sleepwalk towards disaster in the midterms. Even the Biden-loyal New York Times is sounding concerned, warning in an official editorial about the danger of “all out war with Russia,” that “U.S. support for the war is not guaranteed” and that “inflation is a much bigger issue for American voters than Ukraine.”

Concerned about flagging domestic support and allies worried about an open ended conflict, Biden recently declared in op-ed pieces in the Wall Street Journal and the Times that the goal is not regime change in Russia – as so much previous rhetoric indicated – but merely “a democratic, independent, sovereign and prosperous Ukraine.” However, the endless supply of weapons speaks louder than words. The West is still escalating.

The war has massively exacerbated an already worsening global economic crisis. The supply chain problems are worse, inflation is at 40 year highs in Britain and the U.S. and there is a massive energy and food crisis underway. The loss of Ukraine’s wheat crop, of fertilizers from Belorussia and Ukraine compounded by devastating heat destroying crops in India and drought in China means that millions are facing starvation. Poor countries are also seeing their debt burdens worsen as the U.S. raises interest rates to control inflation, thus making their dollar-denominated debts harder to repay.

The world is facing a new economic downturn, only two years after the sharp downturn triggered by COVID lockdowns. As the head of the International Monetary Fund, Kristalina Georgieva, declared at the annual gathering of the billionaires in Davos, Switzerland, the global economy faces perhaps its “biggest test since the second world war.”

It is clear that the capitalist system if allowed to continue will produce disaster and horror without end. The war and unchecked militarism is but the most concentrated expression of this and shows why we urgently need to build an international, working class centered, mass socialist movement.