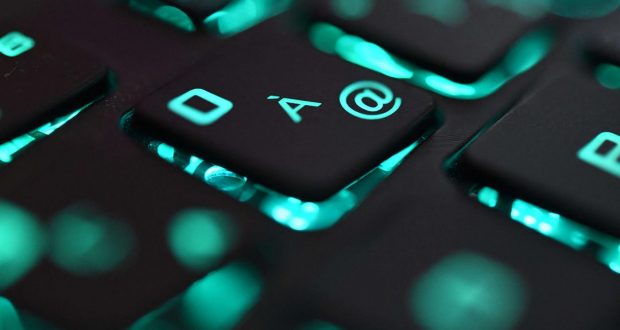 As the world continues to be ravaged by the pandemic and the signs of climate catastrophe are becoming all too apparent, a new bombshell dominated global media on July 19. The Guardian, alongside 16 other media outlets, reported on a major new assault on democratic rights: Pegasus spyware. This technology, it noted, is capable of:

“…bypassing your phone’s security and gaining complete access to your device – including emails, messages, GPS location, photos, video and your phone’s microphone. A Guardian investigation can now reveal widespread abuse of the Pegasus technology by government clients around the world who purchased the spyware from its Israeli manufacturer, the NSO Group. People who were selected as possible targets include journalists, lawyers and human rights defenders.”

It is understood that numerous capitalist states (including some who purport to be democracies) such as Azerbaijan, Bahrain, India, Morocco, Saudi Arabia, France and the United Arab Emirates have been implicated in its use.

This is Big Brother on steroids: a dystopian-like reality in which big tech and modern capitalist states can effortlessly trample over our privacy and civil liberties. With Pegasus, all data on phones is extremely vulnerable to intrusion by those who possess it. For example, WhatsApp messages, which are supposed to be encrypted from end to end, can easily be accessed.

Of course, while this spyware itself is new, such intrusions are hardly without precedent. In 2013, the courageous NSA (National Security Agency) whistle-blower in the US, Edward Snowden, revealed the scale of monitoring of our emails and private data by the world’s largest imperialist power.

For anyone today actively organizing to fight oppression, repression or exploitation in society, the revelations surrounding Pegasus are chilling. The hacking of at least 50,000 people’s phones in 50 countries has been uncovered.

Like the 1972 Watergate Scandal that brought down the presidency of Richard Nixon, this scandal has uncovered capitalist regimes spying even on their pro-capitalist opponents. Such is the case in India, where it has been revealed that Prime Minister Narendra Modi used it to spy on leading members of the Congress Party.

These spying efforts are likely much greater in relation to those active in working-class, feminist and anti-racist movements. Other verified examples of the use of Pegasus include:

It is not hard to imagine how such technology will be utilized by the military regime in Myanmar in defense of its coup, as it faces a population in revolt, or the repressive government of Iván Duque Márquez in Colombia facing a similar popular challenge. In both countries, mass protests and strikes have exploded in recent months, and both regimes have responded with brutal force.

Nor should it come as a surprise that this technology was developed by a company with close connections to the Israeli State.

In 2014, former Israeli soldiers and whistle-blowers revealed how the Israeli Defence Force routinely trawled through the phones and computers of Palestinians, hoping to find evidence of financial difficulties, health problems, or information they could use to “out” young LGBTQ people. This was all done in an effort to force those living in the Occupied Territories to act as their informants on the ground.

The sale of this software to other states by NSO can only be authorized by the Israeli State via an export license, which it considers to be a weapon. Since the 1950s, the Israeli ruling class has used the sale of armaments as a diplomatic tool to bolster its standing as a military power. For example, it provided weapons and training to brutal dictatorships in Central America in the early 1980s. In the case of Pegasus, it has used it to woo other repressive regimes such as the United Arab Emirates, Bahrain and Saudi Arabia — regimes that it has, or hopes to in the case of Saudi Arabia, sign normalization treaties with.

At a time of profound capitalist crises — political, social, economic and ecological — major upheavals on the part of the working class and oppressed are inevitable. The capitalist class, and the states that protect its rule, will continue to resort to draconian and even violent measures against its opponents.

This invasion of our privacy is linked with the broader attack on democratic rights that have taken place over the course of the pandemic. In Ireland, plans are afoot to give the Gardaí powers to access mobile phones and the introduction of fines up to €30,000 or five-year prison sentences for refusal to provide them with its password(s).

The trade union movement globally, as well genuine human rights groups, climate activists and campaigners against racism, sexism, homophobia and transphobia, must demand the full disclosure of all use of Pegasus and similar spyware, and the thorough documenting of the scale of this egregious invasion of privacy. This software system must be shut down immediately.

The revelations around Pegasus point to a broader systemic problem of technology being left in the hands of private big tech companies and capitalist states. They are not interested in using this technology for the betterment of humanity or our planet, only to tighten their grip on power and attack our fundamental civil liberties.

The power of both must be overthrown. These companies should be publicly owned and democratically controlled; on this basis, they can be integrated and utilized as part of a democratic, socialist planned economy, where human needs are met and the rights of all safeguarded.