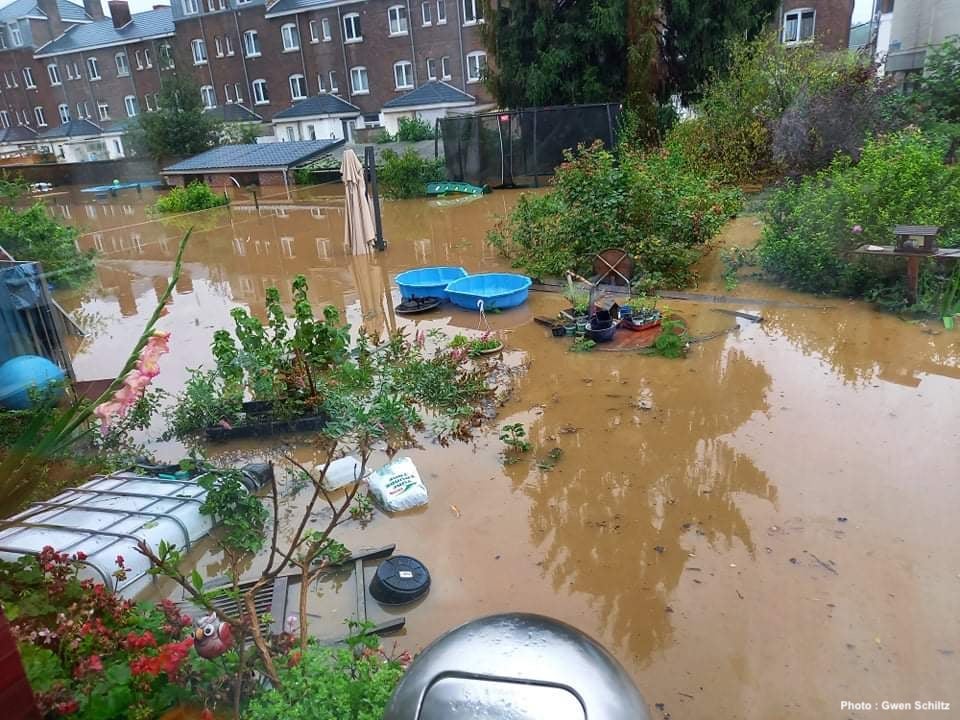 Climate change is here and now. Germany, Luxembourg, the Netherlands and Belgium have this week suffered severe flooding, costing at the latest count over 100 lives. The necessary resources must be mobilized to deal with it in order to provide answers.

On Friday, the provisional death toll from the floods and extreme weather in Wallonia, the southern part of Belgium, rose to 18. Apocalyptic images followed one another without interruption. The only constant over the last few hours has been the enormous solidarity among the population and the heroism of the emergency services. Unfortunately, the courage of the emergency services all too often collided with a lack of investment over many years, which has left both staff and equipment shortages.

Neighbors everywhere lent each other their pumps to empty basements and organized themselves to shield houses from the swirling water. The social media were full of offers for shelter and assistance. The response of the population was impressive: many houses became “crisis centers” where dozens of people were accommodated. Farmers brought their tractors, construction workers their equipment … Others came with their motorboats or other boats to offer help.

It was not until Wednesday evening that the European solidarity mechanism was activated and France began to provide material and human resources, as did Italy and Austria. Our neighbors in Germany, the Netherlands and Luxembourg have also been hard hit by the floods.

One thing was clear from Wednesday afternoon: our services were overwhelmed. On Thursday afternoon, the authorities of the city of Liège asked the population living along the river Meuse to evacuate. Where to go? How to get there? There was no answer, except: “Liege has beautiful hills, go there”. Tourist tips, however, were not what we needed. Apparently, almost nothing had been planned to protect the inhabitants of Wallonia’s largest city, although it was easy to predict that, with a cumulative rainfall of over 100l/m2, record floods would occur, with the aggravating circumstance that the Monsin dam could not play its part due to renovation works that were, of course, known in advance.

Both in terms of prevention and response, the authorities will have to be held accountable. In most cases, the residents were left to their own devices, in situations of total distress, especially for the elderly or those with reduced mobility. Only the solidarity of the population and the heroism of a few prevented a much greater human catastrophe.

The emergency services and the fire brigade were overwhelmed. The authorities can hide behind the scale of events, but the lack of resources is a result of criminal political decisions. There are now only two civil protection posts in the country: Crisnée (in Wallonia) and Brasschaat (in Flanders). The other four were closed by the previous government led by Charles Michel and the Interior Minister Jan Jambon. Two thirds of the barracks were closed and the number of staff was considerably reduced. The trade unions already warned of the danger: “The 11 million Belgians will be poorly protected by this reform,” said Alex Neuprez of the civil protection in Ghlin and a shop-steward for the trade union CGSP. “With this reduction in the number of barracks, we will significantly increase the travel time of the teams to arrive at a disaster site.”

The government tried to reassure us by saying that the budgets allocated to the fire brigade would be increased. But the extra budget was used for the renovation of uninhabitable barracks, etc., and nothing was spent on the tasks previously entrusted to civil protection. Here too, the lack of resources is blatant.

There are only 5,000 professional firefighters for the entire country; the rest are volunteer firefighters with a professional activity on the side. It is therefore impossible for them to cope with such dramatic situations and spend several days in the field.

Managing crisis situations is all about foresight. However, there was clearly a problem of anticipation and even willful blindness. Some will argue that this is a very exceptional meteorological phenomenon, the extent of which could not be foreseen. This is correct, but the potential such for extreme weather was already laid out in the first IPCC report, dating back to 1990: “The variations in hydrological extremes due to global warming could often be larger than those in average hydrological conditions. Therefore, the study of the social consequences of changes in water resources should focus on changes in the frequency and magnitude of floods and droughts.”

It has been known for 30 years. Or it should have been known. Of course we cannot stop rainfall, but we can adapt infrastructure, make the soil less impermeable and prepare for it. What have successive governments done on this over the past 30 years? Worse than nothing. They preferred to dismantle civil protection, while finding 3,6 billion euro to buy F35 fighter jets.

The political leaders responsible for the austerity policies should be brought to justice for endangering others and failing to help those in danger. These are serious crimes. But the legal system we have is a class justice system in which trade unionists from Liège are scandalously convicted for blocking a motorway during a strike against austerity.

Imagine what a democratically organized system of civil protection with sufficient resources, supported by the other well-resourced emergency services would mean. It would do full justice to the spontaneous solidarity of the population, which has once again been wonderfully demonstrated.

It is high time to put an end to the logic of austerity. A fighting movement is needed for massive public investment in civil protection and fire fighting. Massive investment is also needed in infrastructure to cope with extreme weather conditions due to climate change (remember, for example, that in 2020, 1400 people died in Belgium due to extreme heat). Investment is also needed in social housing to provide shelter for disaster victims and all those who need it. The management of drainage and rivers must be reviewed. The climate challenge requires the fastest possible transition to green energy, not at the expense of working people, but by taking polluting sectors into public hands so that the community can transform them while respecting both the environment and the workers in those sectors. The community cannot control what it does not own!

These tragic events illustrate once again how capitalism is driving us to the wall. More than ever we need a society free from the chaos of profit logic, a democratically planned society, a socialist society.