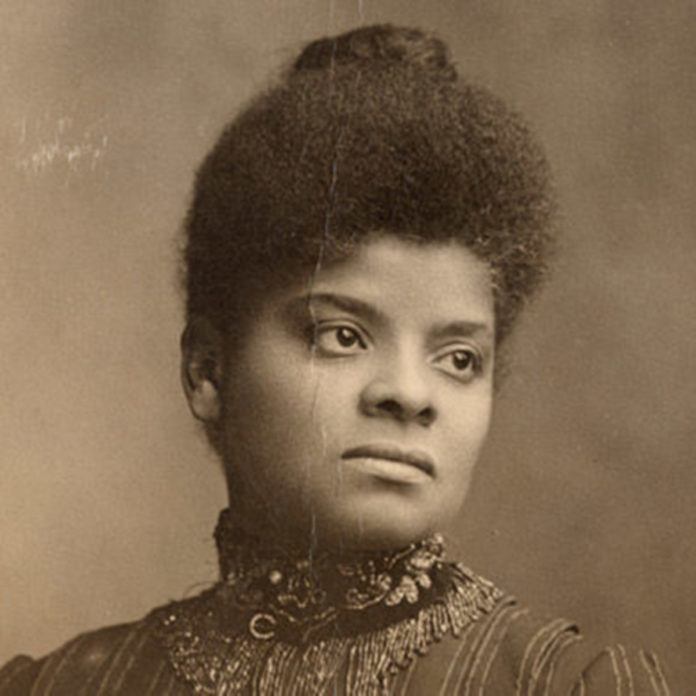 Today marks the 90th Anniversary of the death of one of the fiercest civil rights activists in history, anti-lynching investigative journalist, and suffragist Ida B. Wells. In a day when white supremacist terrorism looms, Wells’ story holds key lessons for how to win a better, safer world for women, people of color, and the working class.

Ida was born a slave in Mississippi in 1862. Her parents, politically radical organizers, educated Ida and instilled in her a sense of revolutionary optimism. This placed her among the mere 10% of Black people who were literate in her day. Sadly, she was orphaned at the age of 16 during the yellow fever epidemic, and she set out to Memphis on her own to pursue a teaching career. As a teacher, her literary skills were quickly recognized and she was invited to join a literary club called the Evening Star, soon being elected editor.

Two key experiences brought Wells into the civil rights movement. First, she sued the Chesapeake Ohio Railroad Company for refusing to allow her to sit in the women’s coach because she was Black. She won the case and was awarded $500 in damages. This case gained a high profile and emboldened other Black people who had experienced similar discrimination to demand better. Not a few years later though, the state supreme court reversed this decision, institutionalizing segregation on the railroad. This was a hard lesson that the courts would only reinforce racism and Wells would have to look elsewhere for justice, a reality that cuts deep for the Black community today as courts continually fail to convict killer cops. Wells published her reflections on this experience, and this writing spurred on her career as a civil rights journalist. She took on the pen name of Iola and started writing full time.

A second devastating experience turned Ida B Wells into a one-woman army against lynching.

As soon as federal troops were withdrawn from the south in 1878, the post-reconstruction era gave way to new forms of terror and intimidation. The Democratic Party, the party of the slave owning class, had control of the Senate. The states had control over their own civil rights legislation. The south essentially had home rule, and newly freed Black people had no protection. States passed anti-vagrancy laws and laws that criminalized homelessness and unemployment, which disproportionately targeted Black people. The most horrifying new method of control over the Black population was lynching. Lynching became a form of “mob justice” against Black people accused of crimes, especially those accused of the sexual assault of white women. Police often participated in this violence. A section of the police’s sympathies for the far right endure to this day, as is evident in their coddling of white supremacist mass shooters and their passive, almost chummy attitude at far-right protests.

Wells struggled with this. While lynching was an unforgivable act, so was rape, and she was inclined to believe the accusations. This all changed when her three friends, Calvin McDowell, Will Stewart, and Thomas Moss were lynched. These three men had opened up a grocery store right next to a white-owned grocery store. In one altercation, they wounded the white shop owner and were all taken to jail. A mob dragged them out of jail, before they had even stood trial, and killed all three.

Thus began her journalistic crusade against lynching. By this point she had her own weekly newspaper known as Free Speech, and she began documenting and investigating hundreds of lynchings every year. By meticulously collecting data, she was able to establish that lynching targeted Black southerners. She found that lynching was connected to all kinds of accusations, not just rape, and usually with no substantial evidence to back them up. While this would be obvious to most Black people, Wells’ research established it as an irrefutable fact.

Tragically in 1892, a group of white supremacists attacked Ida’s Free Press office. They destroyed her equipment and left a note threatening to kill anyone who published the paper again. So Ida gave up and retired.

Just kidding! Fearless Ida sought exile in New York, where she continued to publish her findings in the New York Age. She soon found a new political home in the Black women’s club movement. What began as mainly community service organizations evolved into militant feminist organizing groups known as “clubs.” Wells was at the heart of this movement, helping to found the Women’s Loyal Union in New York, the Women’s Era Club in Boston, and her own club, the Alpha Suffrage Club. The women in these clubs raised funds for Wells to continue her research.

With this support, Wells took her campaign against lynching internationally. She traveled to England that year to garner wider support. She knew that the British market was critical to southern cotton and that if she could turn the British against the white business owners of the south, it would be a serious blow. She organized and founded the British Anti-Lynching Society, the first ever anti-lynching committee in the world. The British press published articles condemning the brutality going on in the south. Wells also published editorials encouraging Black people to leave Memphis (with all their labor and buying power) and seek safety in the west. Over 6,000 people did exactly that.

Sure enough, after 1894, there were no lynchings in Memphis for two decades! It took a tangible threat to white business owners’ bottom line in order for the madness to stop. This illustrates that those in power will concede to the demands of a movement if and when their profits are jeopardized. This example also shows the importance of internationalizing social movements. The Black freedom movement has never been confined within the borders of the U.S., and the global protests we saw last summer are part of a longstanding tradition of international solidarity.

In 1895, Wells published The Red Record, the first ever statistical record on lynching. She was able to demystify lynching by looking at the trends and studying it as a systemic issue rather than just individual cases. This legacy is reflected in the George Floyd Act today. If it passes, the Senate would establish a national database on police violence. Wells paved the way for this kind of research. Independent media like Socialist Alternative is also part of Wells’ legacy. We need publications by and for the working class to report on the struggle for Black liberation and other issues that corporate media ignores, and to provide analysis that does not favor the bosses.

A Fraught Relationship with the NAACP

Wells was also one of the founding members of the National Association for the Advancement of Colored People (NAACP) in 1909. Despite her invaluable contributions to the movement, Wells was not placed onto the leading committee. While du Bois and other leaders offered all kinds of non-explanations for this, the fact was that many NAACP leaders believed in elevating an elite class of Black reformers, while Wells believed in mass mobilization. She insisted: “many of the best men and women of the race make their living in menial service.” She was marginalized for these positions. Still, she kept a foot in the NAACP, inviting members to speaking engagements with her own organizations and attending meetings.

In time, the NAACP started to adopt Wells’ strategy. They began to organize more on-site investigations and protests. Her instincts were proven correct that to win change, people of color need collective grassroots struggle, not a handful of heroes.

Her Struggle to Unify the Suffrage Movement

In addition to her work in the Black freedom movement, Wells was a fighter for women’s suffrage. Prior to the abolition of slavery, white women’s organizations and Black abolitionist groups collaborated closely, united under the American Equal Rights Association. After the war, white suffragists were frustrated with the fact that Black men had gained the right to vote before they did. They drew a twisted conclusion — that their movements were better off separate.

The National American Women’s Suffrage Association (NAWSA) excluded Black women from membership. Susan B. Anthony told Wells herself that she did not want to upset her white southern members by allowing Black women into the organization. While on some level the leadership felt for Black people, they decided to remain outwardly indifferent to racism in general so as not to alienate racist potential supporters. They felt it would be more “expedient” to keep organizing segregated. This attitude of indifference festered and for some, it developed into overt white supremacy.

Wells and the Alpha Suffrage Club did no such thing. They walked with the rest of their contingent, a demonstration of their commitment to building an integrated women’s movement.

These kinds of questions are all too present today. Would it be more ‘expedient’ for Alexandria Ocasio-Cortez to water her program down to something acceptable to the Democratic Party establishment and corporate lobby? Should people organize for a minimum wage that is ‘winnable’ in the eyes of the corporate media or for a minimum wage that actually reflects the cost of living? The example of NAWSA teaches that there is nothing practical about trying to avoid important debates or avoid a direct confrontation with those in power. The most practical, most sensible way that a movement can operate is with mass solidarity around bold demands.

Wells fought tirelessly until she died of kidney disease on March 25, 1931. The personal sacrifices she must have made are unimaginable, but as she puts it, “one had better die fighting injustice than die like a dog or a rat in a trap.” The question of how we fight far-right terrorism is more troubling than ever. Wells embodies the kind of disciplined approach that we need today. She teaches how to channel grief and tragedy into a fightback. We can keep her legacy alive by supporting the majority Black workers organizing to form the first ever Amazon union in Bessemer, Alabama, turning out to fight the right rallies in response to the attacks in Atlanta, and supporting independent publications by and for the working class.