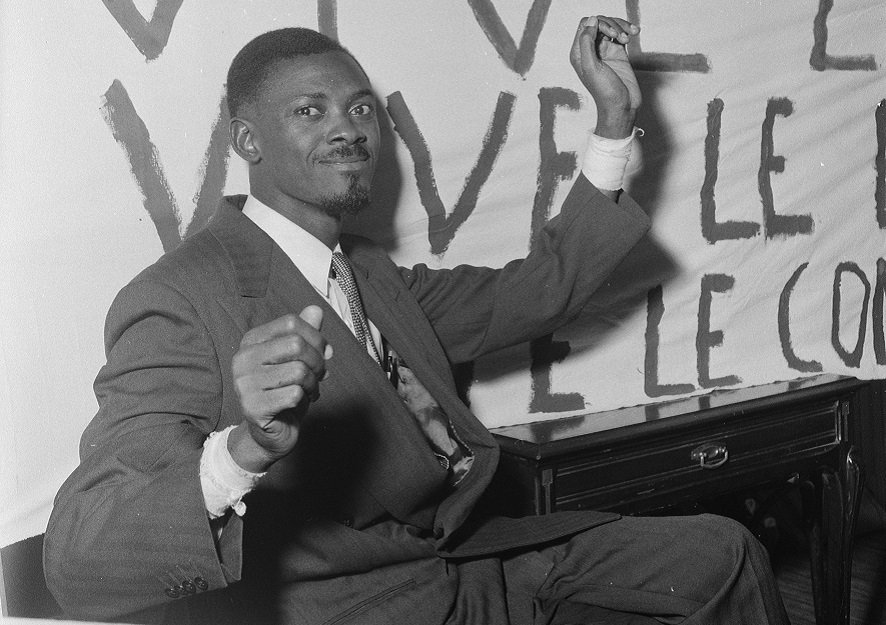 Patrice Lumumba occupies a very important place in popular consciousness in Congo. Even Mobutu, who took part in his assassination, was forced to make him a “national hero” in 1966. His legacy still resounds throughout the country, Africa and the world.

Lumumba initially came from those sections of the Congolese population who were the “relays” of the colonial administration. Many of these Congolese whom the administration called the “evolved” were won over to independence ideas. In 1957, Lumumba was behind the creation of the Congolese National Movement (MNC), whose aim, like other parties, was to liberate the Congo from imperialism and colonial domination.

Under the pressure of mobilization, strikes and demonstrations, in Congo itself but also elsewhere, and influenced by the growing popularity of pan-Africanism, the Belgian government had to commit itself to organizing elections in the hope of pre-empting the radicalization of the population and legitimizing their stranglehold. In May 1960, the MNC won the first legislative elections. The party then formed a government. Among Lumumba’s demands was the refusal to pay the colonial debt that Leopold II had transferred to Belgium.

The First Days of Independence

It was finally agreed that the Congo would gain independence on June 30, 1960, the year in which 17 African states gained sovereignty. On that day, King Baudouin made a pro-colonial speech and President Kasa-Vubu responded with an agreed statement of allegiance. The protocol did not give time for the prime minister to speak. But Lumumba created a surprise by imposing a historic speech on the agenda.

“Men and women of the Congo, Victorious independence fighters, I salute you in the name of the Congolese Government. (…)No Congolese will ever forget that independence was won in struggle, a persevering and inspired struggle carried on from day to day, a struggle, in which we were undaunted by privation or suffering and stinted neither strength nor blood. (…) We are deeply proud of our struggle, because it was just and noble and indispensable in putting an end to the humiliating bondage forced upon us. (…) Morning, noon and night we were subjected to jeers, insults and blows because we were ‘Negroes’. (…)Who will ever forget the shootings which killed so many of our brothers, or the cells into which were mercilessly thrown those who no longer wished to submit to the regime of injustice, oppression and exploitation used by the colonialists as a tool of their domination? (…) Together we shall establish social justice and ensure for every man a fair remuneration for his labor.”

After June 30, General Janssens, head of the Force Publique (the colonial military force), declared: “Before independence = after independence.” He thus meant that even if political independence had had to be granted, this was not the case with economic independence. The exploitation of Congo should remain in the hands of Belgian capitalists and their allies.

The attitude of Janssens and other remaining ex-colonial military cadres provoked a revolt in the Force Publique, where Congolese soldiers refused to allow the hierarchy to remain in the hands of the conservative ex-colonists loyal to the monarchy. Subsequently, the policy of “Africanization” of the public force led to what would be called the “Congolese crisis”.

The Role of the Belgian and American Imperialist Powers

This period is to be seen in the international context of the confrontation between the two great ideological blocs which were completely opposed: the Western imperialist pro-free market bloc and the “Eastern” bloc that was pro-planned economy around the USSR, a bureaucratic caricature of communism but which nevertheless represented an ideology favorable to the interests of the workers, the oppressed and the exploited.

The US feared that Lumumba would end up like Fidel Castro in Cuba, that the colonial revolution would move him from a liberal to a communist position. The Africanization of the public force, as well as the Belgian military defeat, loosened the grip of the former colonial power, leading to the decision of the Western powers, Belgium, the CIA, the UN — and their accomplices in Leopoldville, Kasai and Katanga — to bring Lumumba down.

The colonial stranglehold was entrenched in the rich province of Katanga, in order to keep control of the natural wealth controlled by the Belgian mine company Union Minière. The Belgian authorities fomented plots to set the young state on fire, with secession wars and coups d’état. Katanga seceded in July, with the support of NATO-allied imperialist states.

Lumumba posed a threat to the interests of the former colonial elite; he was not controllable by the Belgian and US imperialist powers. In September, they pushed President Kasa-Vubu to dismiss Lumumba and his government despite the fact that he did not have the constitutional power to do so. In his right, Lumumba responds by asking Kasa-Vubu to resign. The imperialist powers pushed the army to take power by supporting a coup by the chief of staff, Mobutu, ten days after Lumumba’s ouster. This may have been illegal, but the absence of a grassroots organization in society to prevent such a coup proved fatal.

At the end of 1960, the Belgian and American authorities gave the green light for Lumumba’s assassination. He was tortured and transported to Katanga, where he was shot.

Lumumba understood that it was necessary to get organized. He participated in the creation of the MNC, but it was not developed as a tool of mass struggle for workers, peasants and the oppressed. An independent class organization would have been necessary. Building a favorable relation of forces in society is of paramount importance: a basis for avoiding counterrevolution and preparing against the repression coming from the opposite camp, a basis for coordinated action on which to build in order to conquer real independence.

Real independence and the benefit of the country’s wealth for the majority of the people could only come through the taking of this wealth in the hands of the masses themselves. A takeover of Union Minière by the Congolese population could have meant directing the wealth towards satisfying the social needs of the population.

Lumumba was an honest pro-independence activist with a strong desire for independence and freedom for the Congolese people. The class struggle and the context of the time pushed him towards a more radical understanding and stance. His actions and the hope that he aroused led the imperialist powers to take his life in order to try to crush the hope that he had created.